Meeting Room Technology For The 2020s 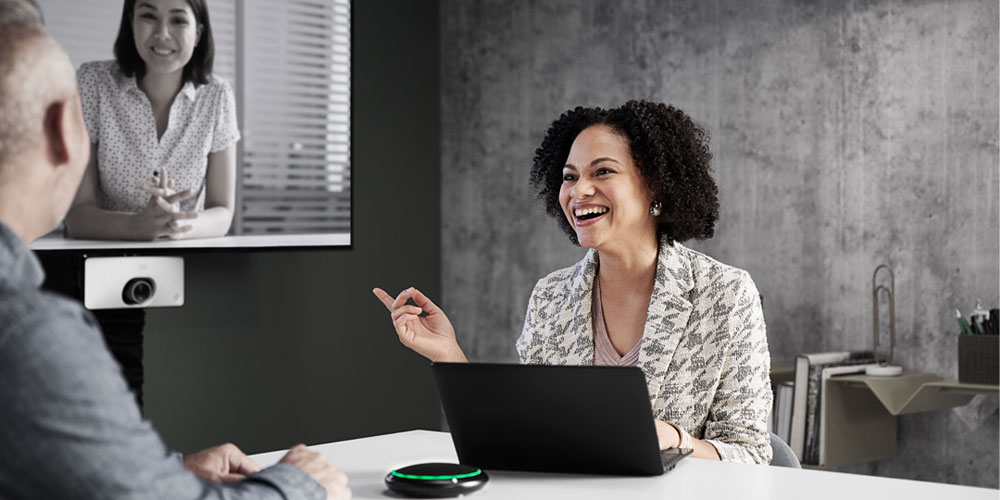 Shure’s Senior Sales Director, Rob Smith, takes us through the various requirements one should consider when initially planning a meeting space - the technology required, recent examples and key issues faced when creating the ‘ideal’ meeting space.

Initially, a decision needs to be made on what the space will be required for, and who will be using it.  Standard definitions, based on size, would be huddle spaces, then we move up to mid-sized meeting rooms and board rooms. Those spaces are all fairly standard and many companies have adopted standard solutions, as has Shure for our own meeting spaces.

Training rooms, multi-spaces, event spaces, auditoriums and so forth are closer to the traditional, high-level, customised rooms, designed for a specific function.

Increasingly, in the corporate world, the larger companies are creating mini broadcast suites for creating their own content for internal use and wider media publication.

Due to the rise of technology within meeting spaces, there is a lot of standardisation taking place, which has led, particularly in smaller spaces, to simplification.

The basics would be one to two screens, a codec of some sort and presentation device, be that a cable or wireless solution, or both. Then, of course, an audio system comprising microphones, DSP, loudspeakers and amplifiers if required, etc.

A premium meeting space would consist of environmental controls such as lighting, curtains, blinds - the type of thing normally associated with high-end meeting rooms.

A recent installation which I was involved in saw a rollout to several hundred rooms of varying sizes globally for a large insurance company. It was a demanding project, especially as it was a rolling refresh, as opposed to a new build. New builds have their challenges, but rolling refreshes bring a different level of problems to overcome, particularly as the spaces tend to be in constant use.

With this project, some of the smaller rooms would have meetings until 5pm, upon which the AV crew would then arrive, replace the existing installation with the new equipment during the night, commission it and hand over at 8.30am the following day for the first live meeting at 9am.

What made this project a success was the communication and planning between the manufacturers, integrators and the end client discussing what they wanted each space to do, driving the adoption of corporate standards through staff surveys of what was needed in each space, and keeping it simple.

There was also a focus on a high-quality solution, good microphones, professional screens, etc. This was a well thought out process, with excellent engagement from the client’s IT team, which is essential as we continue to move into an IT-centric world within the AV industry.

Putting the ‘A’ in AV

Audio is being recognised as the most important factor of a video conference. Historically, there’s been a focus on good quality video performance, now this has changed to better audio as companies realise that without it there is no meeting. The video can go down and the meeting can still take place with good audio - the same cannot be said if audio fails. As an audio manufacturer that’s good news for us! But what it does mean is that we’ve focused on reliability and providing a system that works every single day, especially as AV has gone from being ‘useful’ to a business-critical solution these days.

Personally, I think two things have greatly improved meeting room technology; user interfaces have become much easier to operate, in the sense that it’s now not necessary to have an AV technician to help start a meeting. With so many rooms, having a technician present at each meeting just wouldn’t be practical these days. A good, intuitive user interface is a must for efficient and effective meetings.

The other thing that has developed, and one that Shure has been at the very forefront of, is building systems that work and are designed for a conference room environment, rather than audio systems and microphones designed for other uses.

We’ve also seen a rise in creating a more natural meeting space, devoid of microphones and other equipment on tables. This reduces extraneous noise and also cables can become damaged and affect the reliability of the system. The development of Shure’s Microflex Advance MXA910 ceiling array microphone with onboard IntelliMix DSP has made the achievement of superior, off-the-table microphone quality possible, creating an environment whereby a meeting can take place and the user isn’t conscious of the technology around them providing the solution. If you’re aware of technology during a meeting, something is wrong. The new Autofocus feature provides simplifies setup and provides immediate, out-of-box performance.

As we move towards meeting room technology becoming ubiquitous due to a lot of drivers - i.e. more and more meetings taking place, plus the reluctance to spend money and carbon credits on flying around the world - we have to keep making our technology more understandable for IT teams, more reliable, more intuitive and less obtrusive. That’s the ethos at Shure and one that I hope the wider industry will follow.