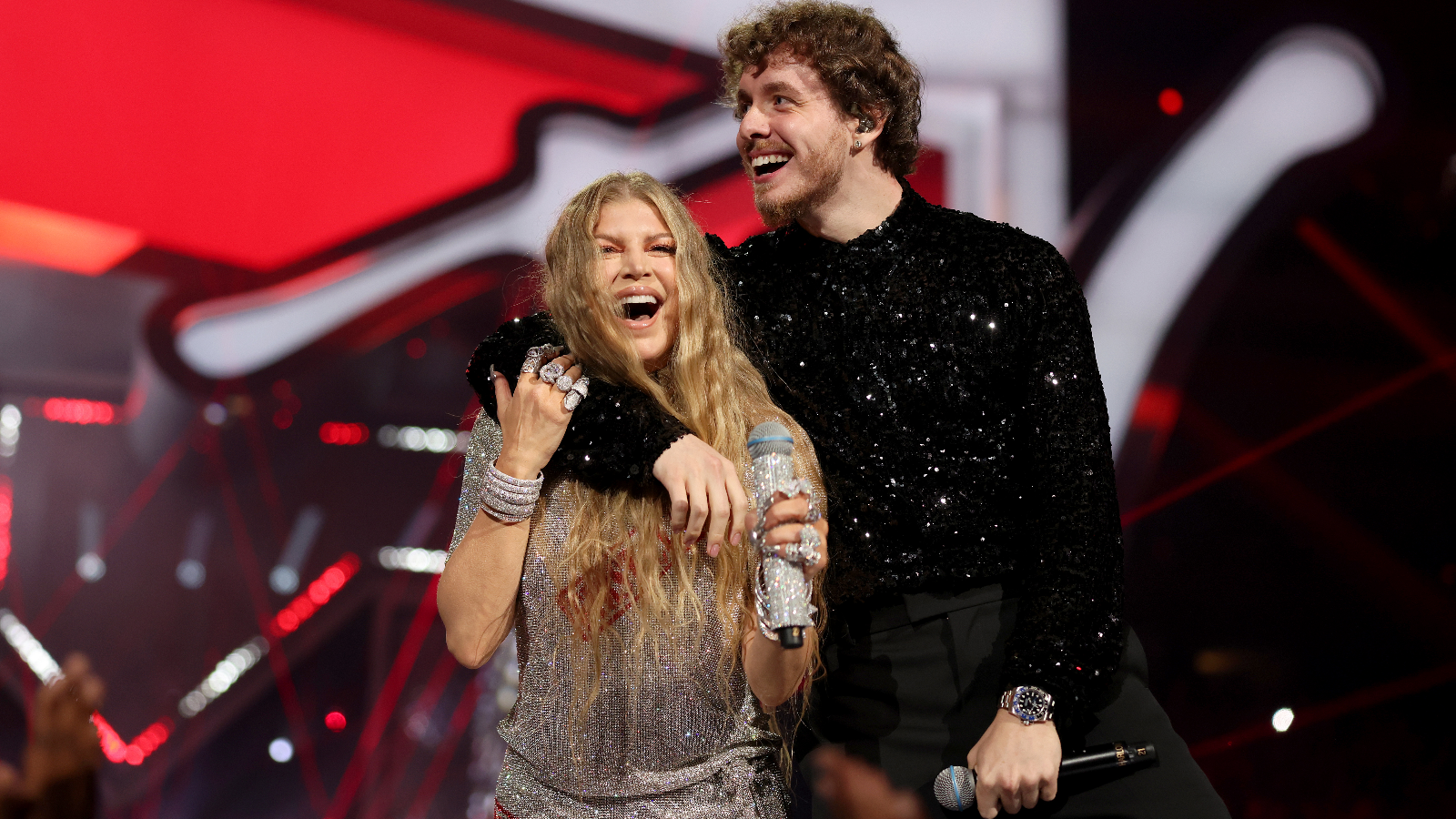 NEW WARK, September 16, 2022—The MTV Video Music Awards (VMAs) 2022, broadcast live on MTV from Prudential Center in Newark, brought fans back to the event in-person for the second time since 2019. With the help of the crowd, the energy of every performance, from Lizzo to Panic! At the Disco, could be felt by the 3.9 million viewers watching the award show from homes around the world. Behind the scenes, industry professionals trusted Shure wireless microphone technology, including the innovative KSM11 condenser vocal mic, to deliver pristine and reliable audio during the VMA’s most impactful and exhilarating moments.

“The VMA’s is a large, fast-moving show. The audio team is continuously adapting to changing creative decisions.  Wireless Workbench is a critical tool in us being able to deploy a system this large, quickly,” said Dittmar. “The amazing sound quality of Axient and PSM make them the industry standard that they are.  Our wireless team, led by Cameron Stuckey, did an incredible job again.”

The production included 12 of the new Shure KSM11 cardioid condenser microphone capsules that are redefining vocal performance in live and broadcast settings by taking full advantage of the world’s most cutting-edge digital audio technology.

“The KSM11’s off-axis rejection and excellent vocal presentation simplify the mixing process by eliminating the need for excessive processing, allowing me to focus on capturing the performance,” said Mark King, Broadcast Production Mixer at the MTV Video Music Awards. “Paired with Axient Digital wireless, the audio clarity is incredible.”

Shure KSM11 microphones were relied on throughout the evening. Notably, a customized gold version of the innovative mic was center stage capturing the sound of Brendon Urie, frontman of Panic! At the Disco, during the band’s performance of “Don’t Let the Lights Go Out.”

Rappers Nicki Minaj, LL Cool J, and Jack Harlow emceed the show. In what became one of the award’s most memorable moments, Harlow brought Fergie out to co-perform a medley of “First Class” and “Glamorous.” Both artists relied on Shure BETA® 58A wireless microphones throughout the performance. Not to be out-done by Harlow, Fergie rocked a jewel-covered version of the famous Shure mic that reflected the lights of the award show like a disco ball.

Overall, the 2022 VMAs relied on 52 channels of Axient Digital and 8 channels UHF-R dedicated to the North and South Stages. BlackPink’s choreographed dance performance of “Pink Venom” required two BETA 54 headworn vocal microphones and four UR1 bodypack Transmitters. J Balvin and Ryan Castro’s live collab of “Nivel De Perreo” was performed with a KSM9 and BETA 58A mic capsule, respectively. Conan Gray’s harmony-laden performance of their single “Disaster” was delivered on a Beta 58A and Lauren Spencer sang into a KSM9.

Each of these artists, also including Lizzo, Khlalid, and Kane Brown, were using Shure AD2 wireless microphone transmitters. Notably, every artist on-stage at the 2022 VMAs trusted the Shure PSM® 1000 Advanced In-Ear Personal Monitoring System. Overall, the VMA’s leveraged 34 channels of PSM 1000 with 120 bodypacks being used throughout the show.

Shure Entertainment Relations Specialist Jenn Liang-Chaboud shares, “It’s a privilege to have our latest digital microphone technology serve such a major role in this year’s MTV Video Music Awards. Congratulations to the production team on an excellent event, and congrats to all the nominated artists.”