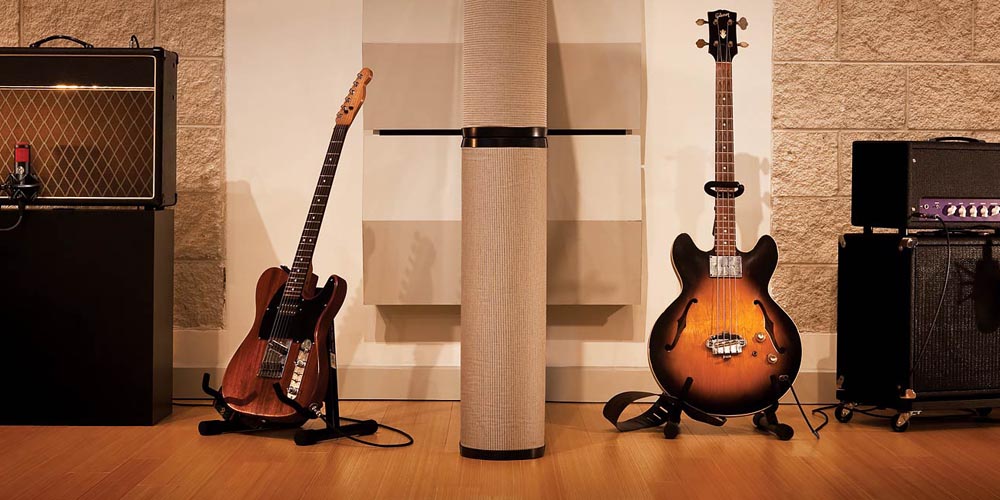 While you often see microphone techniques discussed for specific applications, another approach is to learn some general principles that you can apply to any situation. Before we can get into that though, we have to choose the proper mic first. Lynda.com's Bobby Owsinski, author of the site's online video series Audio Recording Techniques and the Audio Mixing Bootcamp leads the way.

Let's take a look at how that's done.

While there may be a mic that works well for many applications, no single mic works great on everything. In fact, thanks to parameters like diaphragm type, polar pattern, and sensitivity, having a nice variety of mics can really make a difference in the final sounds that you're recording and how they blend together in the mix.

It's safe to say that most engineers rely on their experience when choosing microphones, but there's also some sound reasoning behind their preferences. Here are a few things that you might want to consider when selecting a microphone to record with.

Does the microphone complement the instrument that you're recording?

For instance, if you have an instrument that has a very edgy top end, choosing a mic that also has that quality may have those frequencies further emphasized when recorded. You might want to choose a mic that's a bit mellower, such as a ribbon. This is one of the reasons that a ribbon mic works so well on brass, for instance.

Will the mic be overloaded by the source?

Some mics just can't take an extended amount of sound pressure level without generating some sort of distortion. A ribbon mic or many condenser mics won't work on a snare drum with a heavy hitting drummer for just this reason. That's why the level of the source always has to be a consideration when choosing a mic.

Does the mic have the right polar pattern for the job?

The directional pickup of the mic needs to be considered before making a mic selection. For instance, if leakage is a consideration, then you may want to try a mic with a tighter directional pattern, like a hypercardioid. If the instrument you're miking radiates in multiple directions (like an accordion, dulcimer or bassoon), sometimes an omni pattern works wonders. Either way, don't overlook the polar pattern when choosing a mic.

Is the proximity effect an issue?

If you're going to be close-miking, will the low-end buildup from the proximity effect of a cardioid mic change the sound too much? If so, this also might be a good place to try an omni, or at least move the mic away from the source a little.

Now that we've covered some of the parameters that go into choosing a microphone, mic placement is the next area that can affect the sound you capture. Let's take a look.

Quickly finding the optimum position for a mic is perhaps the single most useful talent an engineer can have. You should always trust your ears and begin by listening to how the instrument sounds, find the sweet spot, and begin your microphone placement there. If you don't like the resultant sound, then move the mic or swap it with another.  EQ should be the last thing you touch.

Microphones can't effectively be placed by sight alone, which is a mistake that's all too easy to make. That's why it's important to actually listen to the instrument before you place the mic and find the place where the sound has the most balanced representation of the instrument, or the "sweet spot."

How To Find The Sweet Spot

Depending upon pickup pattern of the mic you'll be using, you'll have to approximate the way it captures audio when you're listening. Here are some tips on just how to do that.

The Sound At The Source

Contrary to what many might think, just having great recording equipment doesn't automatically guarantee that you'll capture great sounds. The problem is that you can't really quantify how much each variable in the recording process contributes to how a recording ultimately sounds, since each situation, even within the same project, is unique. That said, you can generally break it down to something like this:

If something doesn't sound right, there are a lot of things to change before you reach for the EQ. Try the following in this order:

Instead of looking at the mic placement used on specific instruments, here are a number of guidelines that work in almost any situation.

The above guidelines can be used in just about any recording application and will help you deliver a sound that goes way beyond the normal cookie-cutter "this is where to put it" mic placement. Good recording!

ABOUT BOBBY OWSINSKI: He is the author of 16 books on recording, music and the music business as well as several outstanding, step-by-step video courses for Lynda.com, including Audio Recording Techniques, Audio Mastering Techniques, Mastering for iTunes and the Audio Mixing Bootcamp.