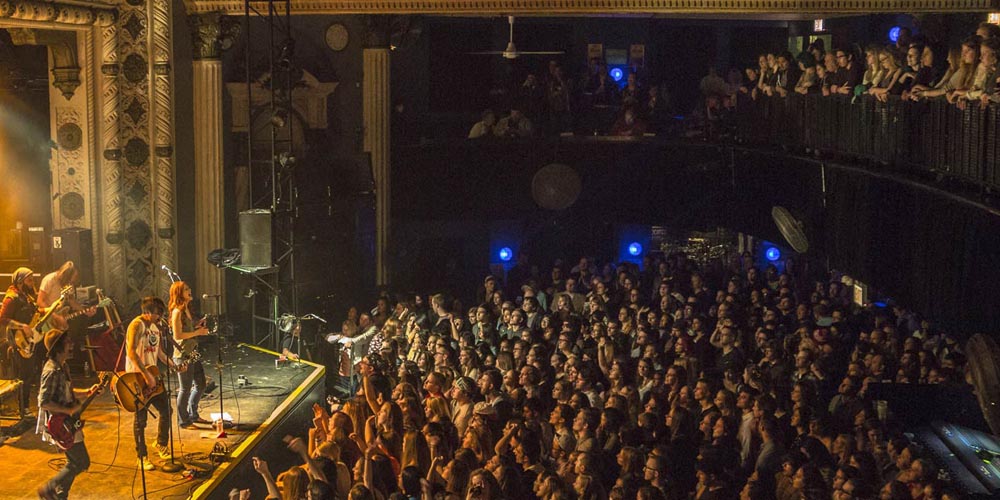 I've come across so many jobs in my first year at Shure, and people ask me all the time what specific job titles mean. I thought I would clear the air on what some of these industry folks do, and see what advice they have for people wanting to pursue their particular job in the industry. To start us off, I caught up with Chadd Kline, Assistant Talent Buyer at Chicago's very own Metro.

[raw]
Tell us a little about your background.

I got my Masters in Music Business in 2010 at Columbia College. I always wanted to be a catalyst for artists. I am not an artist myself. It's never been something that's interested me. I've always been a voracious music fan, though, and using some of my skills and my business acumen to help artists gain wide exposure is absolutely the most rewarding part.

So what exactly is a talent buyer?

A talent buyer is kind of the promoter's representative for making deals with artists. On the artist side, there's an agent. On the venue side, there's a promoter. The promoter and the agent are the ones who come together and actually make the deal and create the shows. I think there's still a lot of people who get very starstruck and think, "Oh wow, you get to hang and party with all of these artists." We're not really doing deals with the artists, though. We're doing deals with the agent.

Talent buyers have the tough job of deciding who gets to play your favorite venue. Oftentimes venues are fighting to get their priority artists to play their space over someone else's. What has that been like for you?

Chicago is so insanely over-saturated with venues that it's very difficult. There's been a shift for quite some time that's more centered on the monetary side of the equation rather than all the ancillary things. The ancillary things can be provided at many different venues, and in a major metropolitan area like Chicago, the agents have a lot of power because they  know they can place their artists wherever. The other really difficult thing is club season now is strictly spring and fall. Not a lot of people tour in the winter in Chicago. That has kind of always been the case, but summer now is completely dried up because of all the festivals. Artists would rather just be placed high on a festival rather than do a headlining tour themselves.

How would you advise someone interested in pursuing a career as a talent buyer?

I think first and foremost, you have to understand the financial aspects, how deals are constructed, and what artists and agents are looking for. You as a promoter, be it a third-party promoter renting out a venue or an in-house promoter at a venue, have to understand all the expenses and costs and understand the revenue streams. I think the other thing is kind of a willingness to explore lots of different music. Your own personal tastes doesn't necessarily play into it as much as you think. You have to understand more audience tastes rather than your own. I think, finally, the networking angle. That's something that I was not a fan of for a long time in my life, but at the heart of it, a talent buyer is a relationship management role, so being able to always cultivate relationships with artists, managers, agents, etc. is important. There are tons of opportunities in the industry, and while it can be about who you know, it's also about the sincerity of making sure both sides in a particular relationship get something good out of it.

Comment below if you have any follow-up questions for Chadd!