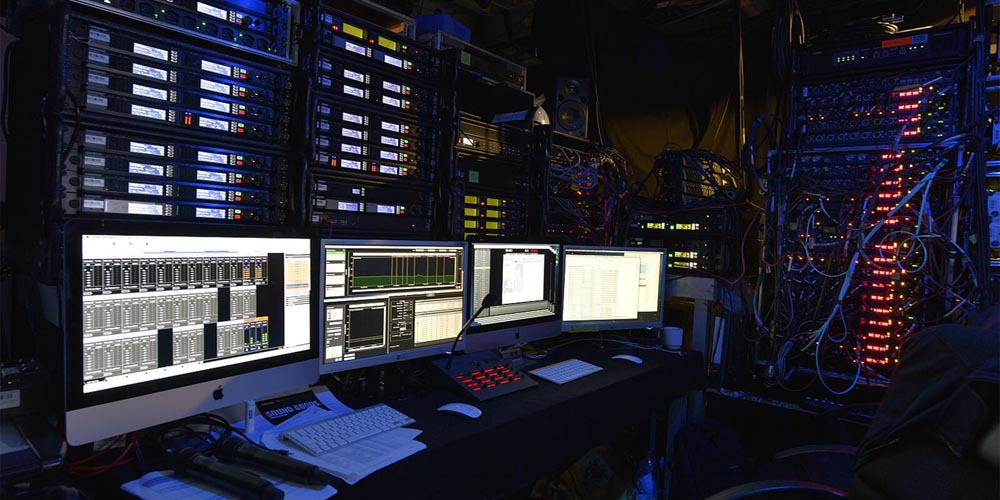 BMW and Volkswagen are two of the largest car manufacturers in the world.

At the 2015 International Motor Show (IAA), BMW and Volkswagen had to power audio at booth events without

interruption that could be caused fromthe trade show’s noisy RFenvironment.

ENG teams and unregistered equipment did not pose a threat to the productions taking place at the BMW and Volkswagen booths. Axient proveda match for each car manufacturers’needs without causing any issues.

In September, the 2015 International Motor Show (IAA) took place in Frankfurt, Germany, where car manufacturers from around the globe gathered to showcase new products and innovation. In contrast to previous shows, this year many brands opted to hold company press conferences at their exhibition booths, forgoing the use of meeting rooms offsite. To address the RF issues that come with powering a press conference in the heart of a trade show floor, BMW and VW turned to Shure Axient® Wireless Network.

Installation technology consultants IT AUDIO, as a subcontractor of NIYU media projects, was responsible for implementing the audio connectivity plan for all three of the BMW Group’s exhibition stands—BMW, Mini, and Rolls Royce—and selected 30 channels of Axient to do the job. The audio infrastructure was supported by various contractors, with Lleyendecker—an A/V technology company—focused on BMW.

IT AUDIO used eight RF channels for the different presentation areas on the manufacturers’stands and for various interview applications. For the evening events, which involved discussion chairpersons, prominent guests and bands, 14-channel Axient systems and six channels of PSM®1000 in-ear monitors were used. For the actual press conference at the BMW Group booth, an additional eight channels of Axient were leveraged. IT AUDIO relied on two AXT600 Spectrum Management Systems to monitor the RF status, and both proved their worth at the press conference, as countless ENG teams from all around the world covered the event, but did not experience interference or dropouts. Showlink® Remote Control also provided the audio team with a technical advantage.

Axient system was selected for those responsible for audio at Volkswagen’s stand, namelyaudio consultants Hansjörg Wenzel from FILMTEC Media and Hagen Weigel, Head of Technical Projects at Winkler Multi Media Events. Ten channels of Axient were used on the VW stand. At the main press conference, the three key speakers were equipped with wireless transmitters operating in frequency diversity mode.

Outside of BMW and Volkswagen many other car manufacturers employed Axient at the IAA; in total, there were around 100 channels of the flagship system in use at the show.