The Making of the SE846: An Interview with Sean Sullivan 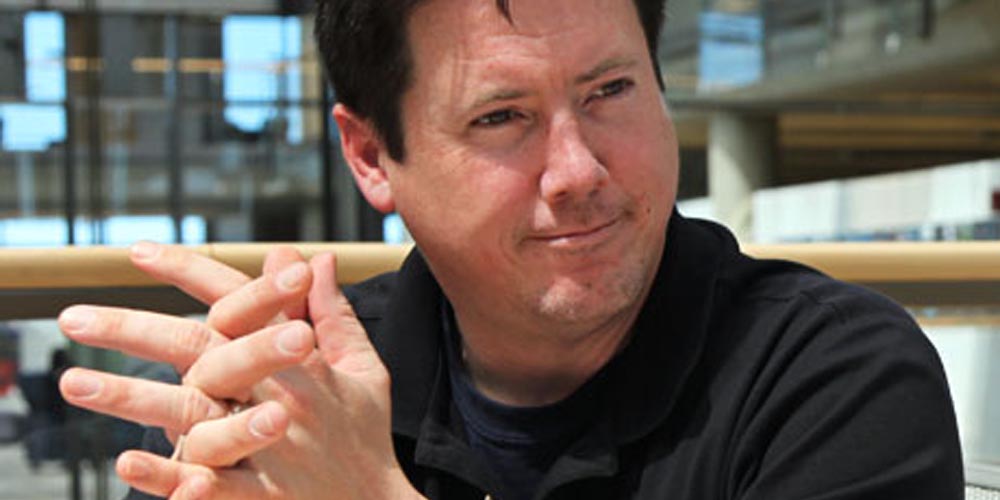 In anticipation of the SE846 making its way into ears and hearts worldwide, I sat down with Shure earphone guy Sean Sullivan to get the scoop on what's so great about these earphones, the challenges of the earphone form factor, the pitfalls of audiophilia, and what makes it all worthwhile.

Allison Wolcott We're calling the new SE846 Sound Isolating™ Earphones our flagship earphone. Let's walk people through the features that make them so.

Sean Sullivan There are three main features that people should know about.

Secondly, there's a groundbreaking low-pass filter design that accomplishes in the acoustic realm what a true subwoofer accomplishes electrically. This has never before been done in an earphone. Only the SE846 has this technology. It works by rolling off the low frequencies at such a level that we can give the low frequency drivers more energy, yet they'll still only produce what a true subwoofer would produce. So, the listener gets a deeper bass experience without interfering with the clarity or detail of the mids or highs.

Finally, the SE846 features removable nozzles. That way, if the nozzle breaks or needs to be cleaned, the user can take care of that without having to replace the whole earphone. This feature, along with the detachable cables, extends the product's life significantly. For earphones like the SE846, which are an investment, users want some assurance that they're going to last, so being able to detach the nozzles and cables is key. Everybody knows that if anything's going to break on a piece of mobile audio gear, it's the cabling.

AW Working on the removable nozzles gave the development team an idea for another unique feature: the ability to customize the frequency response with interchangeable nozzle inserts. How do these work?

SS The SE846 includes three nozzle inserts—balanced, warm, and bright—and a special tool that customers can use to change them out according to their preference. The bright insert has a certain level of acoustic resistance that shapes the peaks in the presence range about 2.5 dB higher than the balanced insert. The warm insert, down about 2.5 dB from the balanced. The balanced nozzle insert comes installed, but it's easy to change them if desired. You don't have to be a surgeon! One word of caution: these parts are small, so don't change the nozzles in an open field at night. Do it on a table in a well-lit room.

AW It looks like you can customize these earphones extensively. Walk me through the accessories and what they do.

SS Getting a good seal between the sleeve and the ear is incredibly important, so we include sleeves in various sizes and material types. That way, users can try them all and decide which is best for their ear shape and size. We also include an airline adapter, 1/4" adapter, and an inline attenuator that are useful if you're on an international flight, or if you're connecting your earphones to a device with a 1/4" headphone output. Additionally, we've talked about the replaceable nozzles and detachable cables as features that make the product last longer, but they also give users customization options, like the ability to change the frequency response, and the ability to turn the SE846 into a stereo mobile headset. It's not included, but we do make a cable for Apple devices and another for other device that have a 3.5 mm jack, so you can detach the cable that comes installed and use either of those cables to switch between phone and music functions.

Built Like a Tank... That Fits in Your Ear

AW I personally tend to have a pair of cheaper earphones for working out and save my higher-end earphones for non-sweaty listening. I'd be scared to use nice shiny new SE846 earphones on one of my hardcore aerobic workouts, but I bet they'd really help me power through. I'd love to be convinced that my fears of damaging them are unfounded.

SS Your fears are unfounded! SE846 earphones stand up to our most intense quality standards. And, as part of the development team, I can say from an insider's perspective that our quality standards are incredibly high. So, you can sweat on them at the gym without fear of damaging them. They're designed to be used onstage in some of the most demanding environments. They're built like tanks.

AW It's wild to think that something that looks so intricate and delicate can really take a beating, or a sweating as the case may be. The crystal-clear housing reveals the entire inner workings of these earphones—all the tiny parts. What was the thinking there?

SS Maybe we're biased, but when we realized the amount of precision happening in that small space, we couldn't hide it. It just looks really cool, like when you look at the back of a fine watch, and you can see all the gears and tiny parts working. The amount of precision in there is obvious, and impressive.

AW In your opinion, what kind of music does each nozzle insert work with?

SS The type of recording, and the way it was mixed, EQed or mastered, will make more of a difference to listener than the nozzle inserts. Over the last several decades, the recording technologies, the styles of mixing, and the overall balance of tonal qualities in music have changed because the technology of our listening devices has evolved. Now we have the capabilities to hear much more than we did in decades past. Musical recordings have changed to fit the devices people are using to listen to them.

I prefer the balanced nozzle for something recorded in the '50s, '60s, or '70s; however, if I'm listening to a contemporary recording, I'd probably prefer the bright. If the recording is very acoustic and natural—say, a string quartets or piano, something without a lot of high transient attacks—as an audiophile, I'd go for the bright then too. The extra bit in that presence range really helps the music shine. But you've really got to try them all.

AW Most people are going to be using these intricately engineered earphones to listen to compressed audio files. If someone wanted to do it up, though, what would be the ultimate audiophile setup to plug these into?

SS More so than your gear setup, I'd say the most important thing is to make sure your recording is done properly. I don't mean the bitrate of the encoding, but the recording itself, and the dynamics that were captured. Recording engineers are where it all starts. If it's a digital recording, get the full version, uncompressed—a WAV or FLAC format, at least 256 Kbps—and run it through a nice DAC that can handle 24/96. The amp that it's going through should be very clean, uncolored. Avoid DSP other than true equalization, but you shouldn't need any EQ with a great recording. Then just straight to the earphones. And get a good seal between the sleeves and the ear—that's incredibly important.

AW You have pretty discerning ears. How does a person become an audiophile? Is it learned, or is one born with it?

SS You're born with audiophile potential unless your ear is damaged in some way, but it's an analytical skill that you develop. I'm not an audiophile by choice. It just happened after years of working on earphones, listening to the finer details. That analytical ear developed to the point where I can no longer turn it off. It's just like being a musician. I've been a musician and music lover since I was a little kid, and I remember when the mystery of music would take me someplace emotionally, and I could relax and enjoy it…and then I studied music in school. After that, I couldn't help picking apart everything I listened to, and I lost some of that original magic. Nowadays, I have a hard time listening without a great recording and a great sound system.

AW What was your role in bringing the SE846 into the world? And how long did it take?

SS In a nutshell, I strive to be the voice of the customer. I work with some phenomenal acoustic, mechanical, and electrical engineers. They translate customer requirements into technological innovations. Then we work together to make sure the requirements we started with end up in the final product. That we made what we set out to make. These took four years. The engineers went above and beyond.

AW What are some of the ups and downs with working on listening products?

SS Some of the difficulties are obvious: we have a confined space to work with. The ear. There are so many audio technologies we can't use because we have less than a cubic inch to work with, so it makes you have to come up with new technologies. Like the low pass filter that delivers that true subwoofer sound: it had to be a mechanical / acoustical solution versus an electrical one because of space constraints.

AW There has been a lot of press since they previewed in Tokyo in early May. Have you been reading the reviews? What has that been like for you?

SS I've been reading them somewhat. I had the pleasure of presenting these to the market in Tokyo, and my favorite part is seeing people when they listen—the expressions on their faces, the nonverbal  cues.  Their reaction is really quite rewarding. Just being able to say, "Here: try it" after four years of not being able to say anything to anybody… I was extremely happy, and nervous, and thrilled, and kind of excited and sad. It's a very interesting rollercoaster when you finally get to show your product to the world.

AW Customers have told me that our Sound Isolating™ earphones provide them with a level of emotional comfort that is hard to put a price tag on: they've given people respite from their most debilitating stresses, from hard days at work to physical and mental illness. How does it feel to know you've had a hand in improving people's quality of life in such a profound way?

SS Wow. Just, wow. Anytime I hear a story like that, it's very heartwarming. It's very reassuring. And it makes my day. I feel proud to have worked on a product that made life better for somebody and helped them be happy.

Learn more about SE846 Sound Isolating™ Earphones on our website.