What You Need to Know About Dante 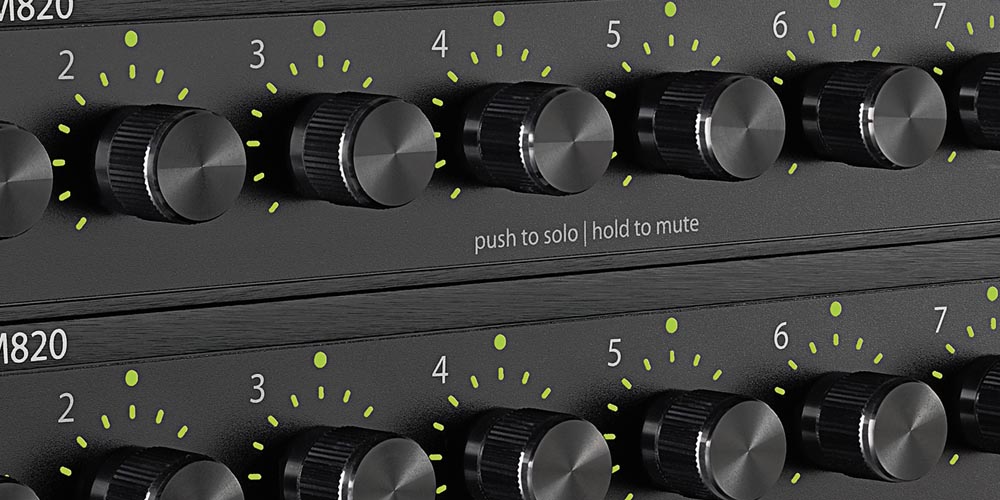 For the last couple of years, we've all heard the steady drumbeat of digital in pro sound applications. Digital audio networking systems that transmit and receive up to 64 audio channels over a single Ethernet cable, and more recently, digital wireless microphone systems. These solutions allow audio inputs and outputs from enabled audio gear (for instance, a wireless microphone system or mixer) to be routed using a user's existing Mac or PC when loaded with the necessary software.  All inputs and outputs are carried as digital data running on lightweight, inexpensive Cat-5 cabling.

An emerging technology to the uninitiated, digital audio distribution has proven reliable and road-worthy in applications ranging from sound reinforcement at the G8 Summit and the Sydney Opera House to recording applications at a 500-member church in Vancouver, Washington.

While Australia-based Audinate's Dante is one of several competing protocols for communicating multiple audio channels over standard Ethernet and IP networks, it has led the industry in media attention, awards and licensing agreements with an impressive list of partners.  With applications in live sound, recording and conferencing, Shure jumped on board in 2012 and joined the ranks of Allen & Heath, Yamaha, and many, many others.  Dante represented an opportunity to bring a high performance plug-and-play experience to users of Shure's ULX-D digital wireless system, SCM820 Automatic Mixer and Microflex Wireless.

In this post, we'll address a few of the basics, so that the next time Dante comes up in conversation, you won't be thinking of the Middle Ages poet who wrote the Divine Comedy.  We'll also share the potential of network-based AV protocols, filtered through the real world experience of Jonathan Sage who is the Senior Audio Engineer for Boston College and uses Dante the way you might use an audio snake.  (But more about that in a minute.)

What is the Dante digital audio networking protocol?

Audio signals between Dante-enabled devices are routed using Dante Controller software.  This software, available from Audinate, can be downloaded to a customer's Mac or PC and sets up the routing. This specific set of communication rules is called a protocol.  (Most of us are familiar with VoIP – the Voice Over Internet Protocol that transformed your land line - if you still have one - into digital phone service.)

How is digital distribution different than analog?

In an analog AV implementation, the logical and physical connections are the same - most connections are point-to-point and individual cables represent each channel. Copper cables are needed to for each individual signal path. In Dante, the physical connecting point is irrelevant: as long as all the devices are connected to the same network, audio signals can be made available anywhere and everywhere. Patching and routing are configured in software and not over physical wired links.

Depending on the application, Dante allows up to 512 bi-directional channels of audio to be sent and distributed over an Ethernet network, using CAT-5e cable or CAT-6 cable. For example:

Eight channels of audio from a ULXD4Q receiver can be sent to a mixer in two ways:

(Non-Shure products shown are from Yamaha, Allen & Heath, and D-Link)

How is the system set up?

Devices that are Dante-enabled (like Shure's ULXD4Q wireless system) utilize Dante Controller, Audinate software that provides a graphical interface for set up, routing and device monitoring. It is designed to run on a customer's existing PC or Mac.

Michael Pettersen, Director of Shure's Technical Product Support team explained it this way to us: "Essentially, the Dante Controller is a dispatcher of the digital signals:  'Signal A – go to device #1, Signal B – go to device #2 and Signal C - go to device #3.'  In the world of analog audio, this type of signal routing is accomplished by the use of individual cables or a patch panel."

Are there cost benefits?

Digital media distribution reduces set-up time, plus it eliminates the need for miles of increasingly expensive copper wiring. Installation is simplified through digital networking since inexpensive CAT-5e or CAT-6e cable will carry all the required inputs and outputs as digital audio data.

Plus - digital distribution doesn't require anything in the way of hardware or software expense. Audinate's Dante Controller can operate on PCs running Windows 7 and Windows 8 or Macs running OS X 10.6.8, 10.7.5 and 10.8.  Another benefit is that Dante signals can co-exist on an organization's computer network without causing bandwidth issues with IT or control data.

To get a sense of real-world applications for Dante, we chatted up Jonathan Sage, who in addition to being Boston College's Senior Audio Engineer is also its Audio and Events Services Supervisor.  No stranger to the world of network-based audio, he's had experience with Dante and some of its early competitors for several years.  Ask him whether he's a sound guy or an IT guy and he'll tell you, "I can answer a question about the difference between 625 fiber and 50-micron fiber just as easily as explaining what the signal flow of a console is. That's the industry we live in."

He's a Dante fan. And for good reason: "Dante allows me to use an entire building as a snake. I have several applications where I'm very far away from where the inputs and outputs are located – so being able to jack one side into an available data jack in a building and then the other side to an available data jack in the building and not even having to run 300' of Cat-5 is great.  It works seamlessly. It cuts my set-up time tons."  The degree to which Boston Collage has placed its faith in networked AV generally and Dante specifically is similarly impressive: "We have over 100 rooms on campus that are full HD over Cat-5.

"Our latest Dante project has been our arena's sound system, which is going online this fall. The project mixes a new Dante-based system and another networked audio system that exists in our stadium into one control room. Next year our stadium will be based around Dante when it is upgraded.  We are also looking into Netspander so that we can move our Dante systems across subnets. We're leveraging networking at a very high level."

Shure gets high marks, too: "We don't use any wireless systems on campus that aren't Shure.    All our podium mics, all our table mics  - everything."

The benefits of Dante are the same whether you need to set up a digital audio network for 54 classrooms or a 500-member church.  The difference in cost savings?  It's one of scale - miles of expensive copper cable.

Here are Dante benefits – in a nutshell:

Easy to Set Up

More are in the planning stages, but here is the current list of Shure products and systems offering Dante: