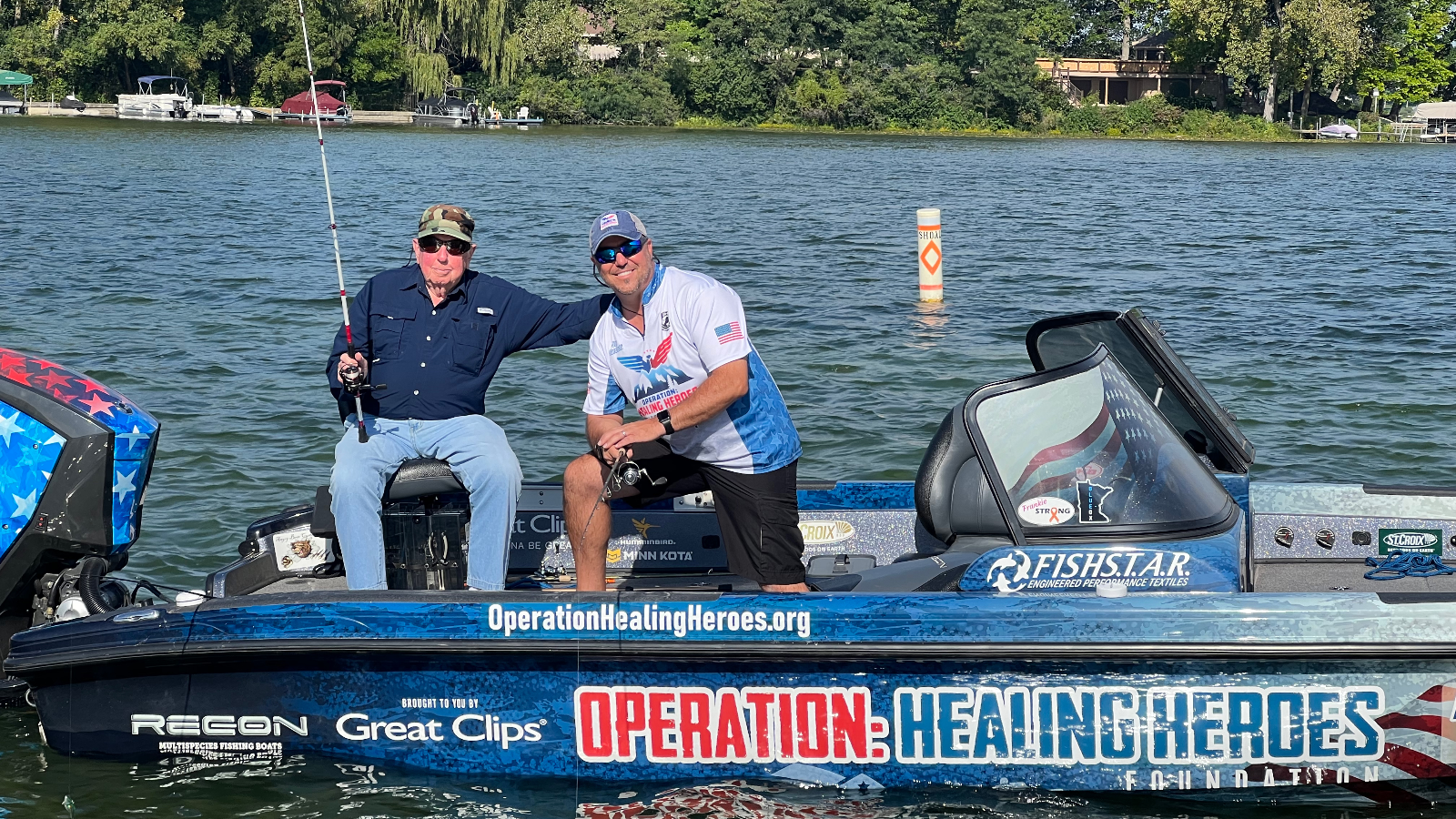 NILES, Ill., November 10, 2022 —The Discovery Network TV Show, “Operation: Healing Heroes” features a different veteran in each episode, from all eras of war, telling their stories. Now in its seventh season, the show has allowed veterans to share their experiences and challenges. The interviews are typically conducted in outdoor settings like fishing boats, where production quality can be tricky because of the need for wireless, capturing sound in remote locations, and natural sounds that could interfere.

“When we’re hearing these really heartfelt and genuine stories from our veterans, there is no way to interrupt for a sound issue or ask them to do a re-take,” said Keith Anderson, producer. “We get their story as it is told. These women and men have made many sacrifices and their stories are important to capture as genuinely as possible.”

He stressed the imperative need to have the right equipment in place so that the conversation is natural while securing the best production quality for the audience.

The show implements Shure TwinPlex mics with ADX5D to capture the interview audio. And with the rechargeable batteries and the battery status indicator remotely monitored, they don’t have to worry about stopping during the shoot or during a crucial conversation to change batteries – especially on a boat or elsewhere where it can be hard to access equipment.

Some episodes even go beyond fishing. A recent episode featured a veteran interview on horseback. He was using Saddles in Service, an equestrian organization that helps veterans with PTSD.

The show is produced by Operation Healing Heroes, who as a 501c3 charity organization provides funding for the treatment of PTSD. Founded by the show hosts, Jay Garstecki and Ben Olson in 2015, the organization has filmed and documented more than 50 stories from women and men who have served. In addition, the show has become a resource for veterans to learn about alternative PTSD treatments. To date, they’ve treated (and paid for) PTSD treatments for more than 100 veterans.

“These are very emotional stories of our heroes and we’re proud that we can give them a platform to share their experiences with others and support them in a way that they deserve,” said Garstecki.