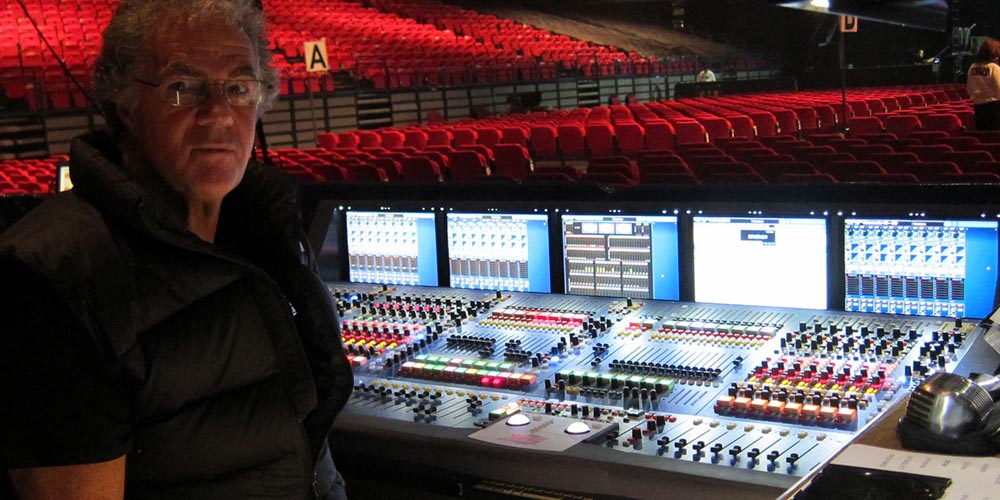 It’s around 6 PM, late November in 1969. I’m alone, having driven 300 miles to the North of England in a van that leaks more oil and water than it consumes in fuel. I finally arrive at a small club in torrential rain. I unload my band’s modest sound system, drum kit, backline amps and speakers, then carry it all up to the second floor via a spiral fire escape on the outside of the building.

I’m cold, soaking wet, exhausted, and stuck halfway up the stairs, jammed between the wall and handrail with a Marshall 4 x 12 guitar cabinet across my chest, slowly cutting off what’s left of my circulation and my will to live. A voice drifts through the haze, and I hear:

"You’ve got the job I’ve always wanted. It must be amazing to be in the live music business. Could you tell me how you first got started?"

I suddenly realize it was just a daydream, although in my case, something closer to a memory.  This has been the ‘most-asked question’ throughout my working life, and though times have changed dramatically since I started out, it’s still a perfectly reasonable one.

Almost every individual I have ever met working in live sound has had a unique story to tell, regardless of nationality, gender or any previous career they may have had. None of us expected to be rich and famous. What we shared was – and is - a real passion for live sound.

I should make it clear that what follows are only suggestions for an approach that worked for me. It’s not a blueprint for success by any means, but much of what I’ve learned can still be applied today.

1. Make it a priority

We all know we need knowledge, tools, and experience to rise to the top in any profession, so if you really want it, commit to it 100%. Don’t drive a mini cab while waiting for the ‘big break’. Go anywhere that needs sound reinforcement. A church, high-school concert, local pub gig, anywhere that you can offer assistance, paid or even unpaid initially. Dream big, but start small, you’ll learn something about sound, not about driving in city centers.

Try to make yourself useful and you’ll be noticed and remembered. Always be personable, and respect the people you work with. It doesn’t matter if you think you’re the worlds greatest living engineer, when you spend months on planes, tour buses and in hotels, if a good crew don’t enjoy working with you, you could be looking at a short career.

3. Learn everything you can, all the time

If you’re lucky enough to be able to afford a live audio training course at a modern academy, you’ll learn many of the actual skills you’ll need from experienced professionals, which will give you a great start.

However, this may be beyond the means of the majority, so take every opportunity to go to gigs, big and small, and talk to the folks who are actually doing the jobs you want to do. You’ll be surprised at how happy they can be to share their knowledge and time with you (if you choose your moment carefully and not just as their band walks onstage at Wembley Stadium).

Don’t be intimidated by technology.  I can do it, anyone can. It's not brain surgery, no one ever died because of bad sound, (although we can probably all name a few acts that came close). All live sound engineers essentially do the same thing, whether for a hundred or a hundred thousand.

‘Volume and tone’ are the common elements, and it’s what you do with them that counts. You’re unlikely to be confronted with 200 input channels in the early stages of a career. Try to build your experiences gradually and you’ll make steady progress.

Trust your ears. Don’t be afraid of trying something outside your comfort zone.  Never forget that every gig, however big or small, is an audition for the next one!

The first front-of-house mix, major-league artist, or stadium gig was pretty scary for all of us, but don’t let that stop you from taking that leap of faith into the unknown. Those are the very things that will define your career in the future.

Every one of us has a ‘dream gig’ in our minds (which is probably already fully staffed). Until that vacancy arrives, be prepared to work on a wider variety of musical acts and genres (did I actually just use that word?).

Remember, as engineers we’re not music critics, but we are music lovers. Keep an open mind and be happy to mix other artists anytime. Remember, they may be the ones that pay the mortgage or eventually put your kids through college.

Whatever area of live sound you finally settle on, it may have taken a little longer and been a bit tougher than you imagined. If you commit to it and don’t stop ‘listening’, it can be the best job in the world.

If you do go the distance, you’ll accumulate a wealth of tales to tell your grandchildren.

Roger Lindsay started Roger Lindsay Associates, a consultancy business which has successfully run alongside his touring commitments ever since, and has encompassed a wide variety of projects for F.1 motor racing teams, pro audio innovators including Shure and JBL, plus recording work for Nick Mason’s “Into The Red”, and the BBC’s Top Gear. Other work has included mixing the first ever arena tour of Andrew Lloyd-Webber’s Jesus Christ Superstar, touring with Deep Purple, Ringo Starr’s All Stars, The Pretenders, and working with Van Morrison, Burt Bacharach, Billy Joel, and many other artists. He has also mixed the live audio for every NFL London game from 2007 to the present day.