Listen to the latest SIGNAL PATH podcast with PAULA SALVATORE, manager of the illustrious Capitol Studios in Hollywood, California.

For the latest episode of Signal Path, Mark Brunner spoke with Paula Salvatore, manager of the illustrious Capitol Studios in Los Angeles, California. In the podcast, they talk about the transformation of the recording industry over the years and what makes the Hollywood stalwart so unique.

Mark Brunner: When did you enter the business of studio recording and what was going on at the time?

Paula Salvatore: I entered by way of talking my way into Kendun Studios, in Burbank, California. When I was there, it was Blue Oyster Cult and REO Speedwagon and then Quincy Jones doing George Benson’s “Give Me The Night.” So it was greatness right away. Then Rose Mann-Cherney took a hiatus from Record Plant, came in after me as a manager. I trained with her and she became my mentor, amongst some other people. It was a great time.

From a business standpoint, what is different today than it was then, in terms of clients and management and on the business side?

I think the main thing is that it's happening so quickly now, that you can't catch up with anybody. Everybody's doing things so fast and everybody wants an instantaneous response. The rates have never changed - they’re still the same - and for people, it's their project, so you get to service them. The only thing I see is that the hysteria over it all it gets intense, because everybody is intense with what they are doing and, usually, people are overworked.

If we look back on to the days of the early 80s in Los Angeles, paint a picture for us of what the landscape was like.

We spent the 80s at Sound City, so that was like a crazy Rock ‘n’ Roll vacation. That was a lot of work, because Sun City was independently owned and very tight to the budget. Leaky roofs, not enough money to pay everything, so kind of scrambling to make ends meet. That taught me a lot because the bosses were great to me, but they left. I had experience, so I had at least my management in my head. It was it was like riding a loosely run wagon train, but someone had to have a little bit of the reins. So yeah, it was a busy time, everyone was getting signed in the 80s, it seemed.

Can you explain a little bit about the record contract getting signed? What does that really mean to an artist?

It means everything to the artist, but what it means the record company is they're just betting on you. If you make it big you're fine, but if you don't, you're spending money and a lot of a lot of kids didn't realize that the money they were spending they have to pay that back. I was in my 20s too, but I used to worry about a lot of those kids saying, “What will they do when they're 40?” Because the music business is fickle, as we found out over and over and record deals don't last forever.

We’re talking here in the famous Capitol Records tower in Los Angeles. What's happening on each floor of the building?

The studios are the square part of the round building, built first. Twenty feet under the parking lot are eight echo chambers and those have been there since 1956, when they were built. Those are a landmark now and are protected. First floor are studios, second floor some production and mastering suites. We have a lathe on the first and second floors, so we cut a lot of vinyl. The record company starts on the third floor with HR, marketing, A&R, we have Motown here and so many other labels and executives. It's all filled, up to floor E which is 13.

What’s going on in each of those studio rooms and what has gone on over the long history?

Studio A was renovated in 1989/90 and I started in ’90, so it was a brand-new room, completely clean and beautiful new. It was so different from Sound City that it kind of freaked me out. We made it big enough to fit a 50-piece orchestra and we also have booths. We made the walls to Studio B able to open up, so we could fit a 70-piece orchestra there like we do for the Academy Awards. Studio B is its own separate room and that's our more Rock ‘n’ Roll traditional room. So that's two tracking rooms with all Neve consoles, a vintage Neve in B, and 88Rs in Studio A and C. Studio C is our mix room and it can be an overdub room. We install the immersive sound in there too, so we do a lot of 5.1 surround sound for movies there.

Listen to the full interview with Paul Salvatore and subscribe to Signal Path with the podcast provider of your choice below. 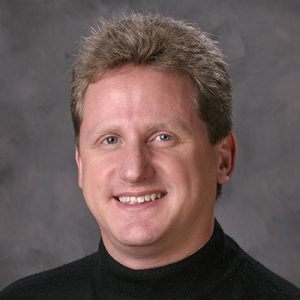 Mark Brunner is Vice President of Corporate and Government Relations at Shure Incorporated. During his nearly three-decade career at Shure, he has held senior management positions in several disciplines, including Advertising, International Marketing, Product Management, Public Relations, Artist Relations, and Government Affairs. Since 2005 has been active in working with the FCC and international regulators on spectrum issues of importance to wireless microphone users and manufacturers.