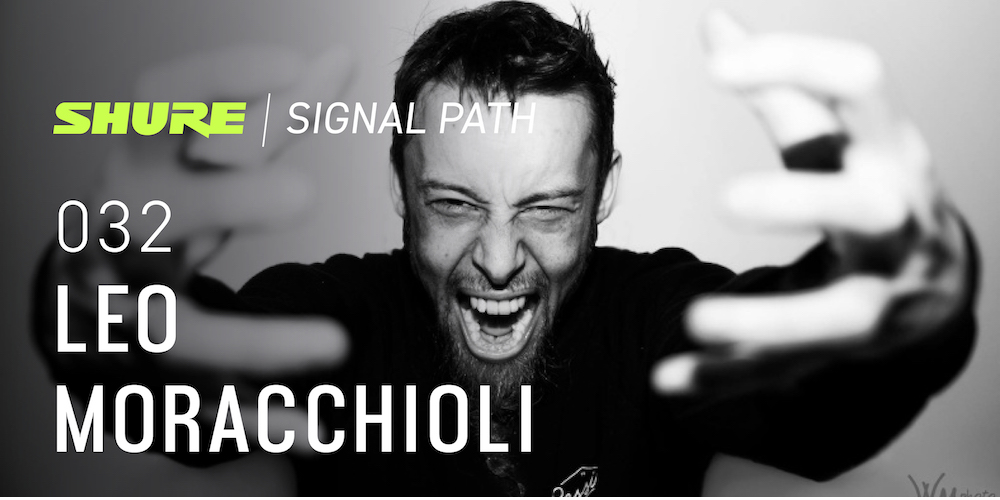 For the latest episode of Signal Path, Mary Spender spoke with Leo Moracchioli, the Norwegian multi-instrumentalist and producer behind the popular Frog Leap Studios YouTube channel. With over three million subscribers, he’s racked up more than 700 million views by doing his own brand of metal covers. In the podcast, they talk about the pressures of making a fully produced track and video every single week, what his studio setup is like and how taking his show on the road is changing his music.

Mary Spender: When you introduce yourself to new people, how do you describe what you do for a living?

Leo Moracchioli: It's really weird. Like when people call me a YouTuber, it sounds funny to me. But yeah, I have often said YouTuber, but a musician. I emphasize the musician part, but I am a YouTuber and that's what I am. I am a bit more comfortable with the term than I was maybe a couple of years ago. But it's still a funny thing to say, I think.

Do they immediately ask you what kind of musician you are, because you play basically everything?

Yeah. I've always considered myself a vocalist. So that's what I that's what I say. But usually there's someone else in the room or something that says, “Oh, he plays everything.” But I try to tone it down. I just like to work by myself and do everything by myself.

Can you take me through a normal week when you just start fresh without any video, any audio and you get maybe a song suggestion from a YouTube comment?

How I usually work, by Monday hopefully I've already found a song that I have on my list or sometimes I just go searching for something and then it's just basically start to record like the main rhythm stuff of songs. It's usually or it's always guitar that I start with and track the basics of the song and then try to move things around and find a demo version of it.

And then usually the next day I go for the vocals and start adding stuff, maybe solos and all this. And by the third day, I'm usually starting to mix it down and adds a lot of details. Yeah, usually I finish the song on the third day and then I start shooting the video and I edit that. Then usually I get it done and then I have the Friday to maybe do other stuff like another type of video or starring on a new song. So hopefully I can go on vacation once in a while.

It's always very impressive. And if the listeners don't already know, we've collaborated on one of those videos. An actual metal cover “Sultans of Swing.”

Yeah. That's the way one of our most viewed videos. I'm very proud of that video. And even my parents. They watch it every so often just to make themselves happy.

That's what I like about your stuff. Usually the metal genre is kind of limited to a certain type of demographic. And yet your videos are so entertaining and imaginative and witty as well as being like beautifully produced. So yeah, just working on that was very exciting for me. So is there anything you are ever surprised by?

Yes, when it doesn't do well. I've stopped a long time ago to try to make like viral videos. I just do what I want, really. And I have no idea what does better than another video. Because as a musician, you do stuff, maybe technical stuff or fancy things to show off. And I found out that those videos, mostly don’t do as good.

That's the more simple songs, because for the general public, they don't care about you playing in seven eighths or whatever. It's like they just want the groove of the song. So because I'm not like a very technical shredder type of guy either. And in some ways I'm happy that I'm not, because if I was, then I would maybe try. To show off more like do crazy guitar playing, better effort for general people, I don't think they care about that because a lot of my fans aren't necessarily musicians.

Listen to the full interview with Leo Moracchioli and subscribe to Signal Path with the podcast provider of your choice below. You can check out his YouTube channel here.