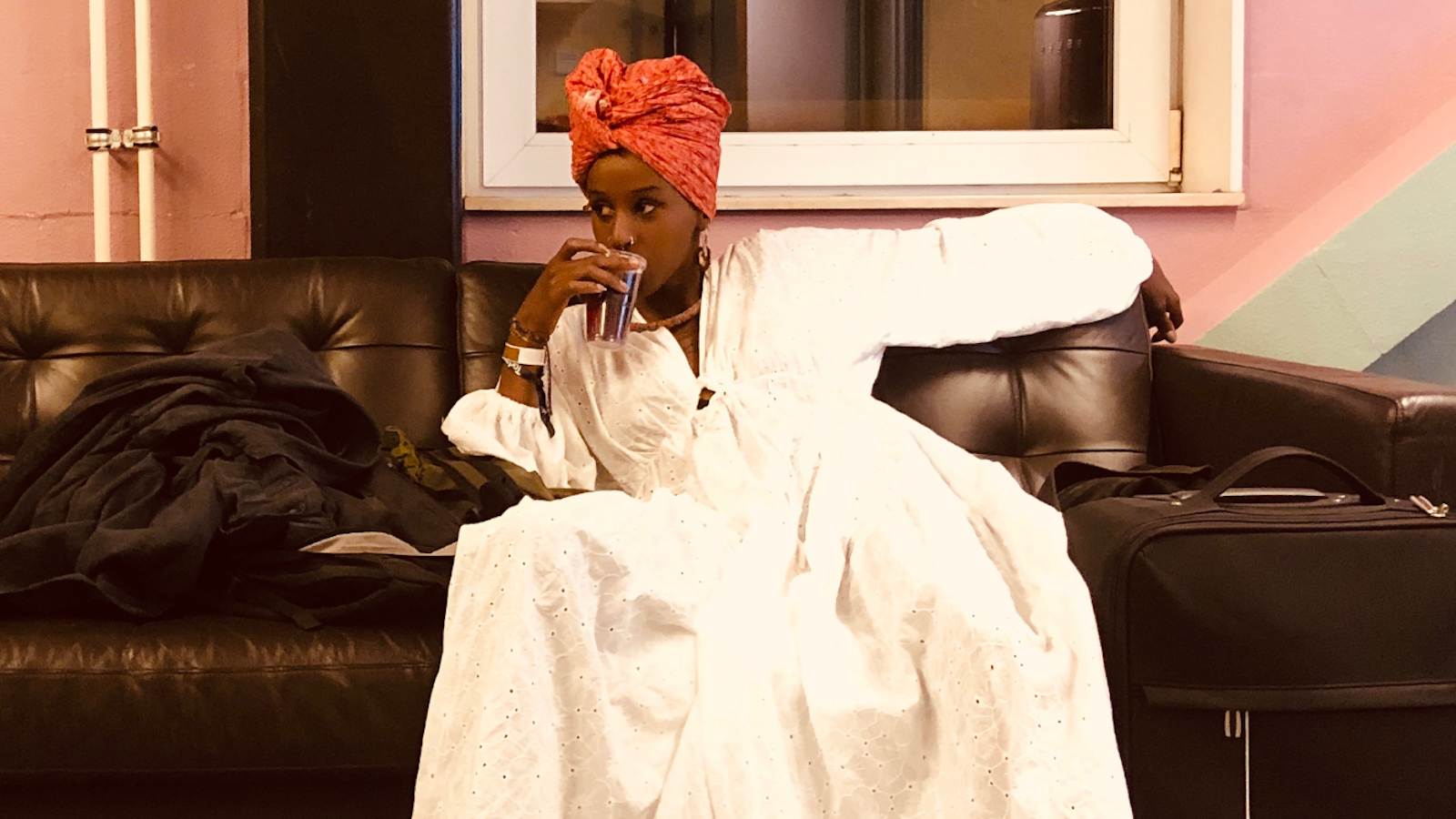 HIBOTEP is a Somali-born producer, rapper, designer and DJ shaking up the cultural underground of Uganda’s capital city Kampala. As a SHURE24 nominee, she is pushing the boundaries of audio culture.

There wasn’t a whole lot of electronic music to be found when Hibo Elmi came to Kampala in 2012. But the multi-talented creative going by the alias Hibotep has since helped forge a burgeoning scene by fusing contemporary technologies with East African musical and cultural heritage.

“The community has taken about five years to build. People were extremely mainstream,” says Elmi of Kampala when she arrived. “If you weren’t playing Carly Rae Jepsen, they would be like ‘what the hell is this?!’”

With her influence, a groundswell of interest in new music has turned the city’s clubs into dynamic, fresh creative hubs, and the audiences are lapping it up.

“There’s a club called ONE54,” she says. “It’s the first place you can hear noise! Most people in Kampala will never understand, they’ll be like this is not music – imagine finding a place you can listen to reggae on Wednesday and on Friday it’s a noise club.”

By crafting an entirely new sound that is gaining fans both locally and around the world, Elmi is also challenging the traditional gender roles in African society. This dramatic shift has been a boon for other talent, opening the door for more women DJs.

“Right now at ONE54, there’s a night for only female DJs, which is a big deal in Kampala. There were about four DJs and now we’re eight or nine. We all know each other but and we’re training other women, so we can just be a part of something bigger. Now people are more interested in booking female DJs than male DJs.”

The new dynamic is a good thing, but as women performing before often critical male crowds, it hasn’t alleviated the pressures that Elmi and her friends face.

“All the women are digging further and grabbing more and more skills, getting more music and bringing something new to the table. It’s incredible, none of the women want to chill. They are more like: ‘What can I do next?’ or ‘How can I do it better?’”

In being able to curate their own nights, and governing who gets to stay and listen, spaces like ONE54 remain safe and creative – giving lifeblood to the city’s flourishing underground.

“People are really into the female DJs, because you hear something new every time,” she says. “It’s always evolving and changing.”