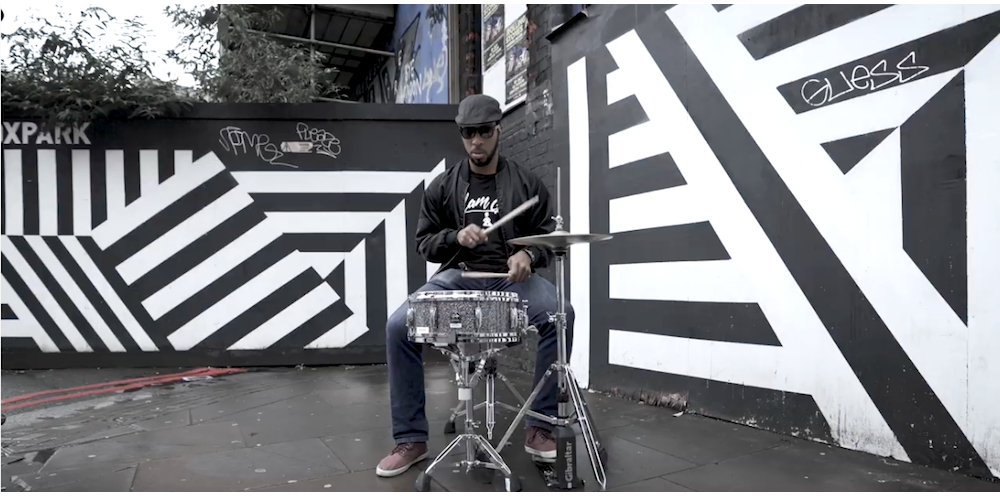 Drum Mastery 2019 is officially history! Check out what grand-prize winner Daniel Kelly II did during his trip to London for a drumming workshop with sessions legend Ash Soan at Metropolis Studios.

Drummers are a different breed. Singers and guitarists might grab most of the attention on stage but playing the drums – tucked away behind a kit out of the limelight – has always been about more than simply keeping the beat. It’s an attitude. A commitment. A way of life. It's something that makes drummers the same no matter where they come from or what kind of music they play.

The Shure contest DRUM MASTERY 2019 aimed to give the unsung rhythm heroes and talented percussionists out there the glory they deserve. From dozens of talented contenders, one managed to rise to the top: Daniel Kelly II.

His reward was $5,000 in Shure gear and a two-day drumming workshop with Ash Soan at London’s Metropolis Studios. Chief engineer Paul Norris was on hand to offer miking insights and record it all.

But first, Daniel took in the British capital’s sights with his kit in tow. “If a drummer wants to see a city, this is the way to do it!” he said.

Have you ever wondered what the life of a sessions musician is like? What they do in the studio all day and how they interact with other artists, producers and engineers?

Daniel did. So during his workshop at Metropolis Studios in London, he peppered Ash with questions. “I have learned A LOT from Mr. Ash … and about myself, I learned a lot,” said Daniel.

“The workshop was really, really cool,” said Ash. “I tried to make it as close to a real session as possible.”

Check out the drum workshop at Metropolis here.

Thanks again to Daniel, Ash, Paul, the rest of our all-star drummer jury – Taylor Gordon (US), Tobias Derer (GER), Takashi Kashikura (JPN) and Shiguang Cui (CHN) – and all the contestants for making Drum Mastery such a success!