How TV News is Turning to Mobile Journalism 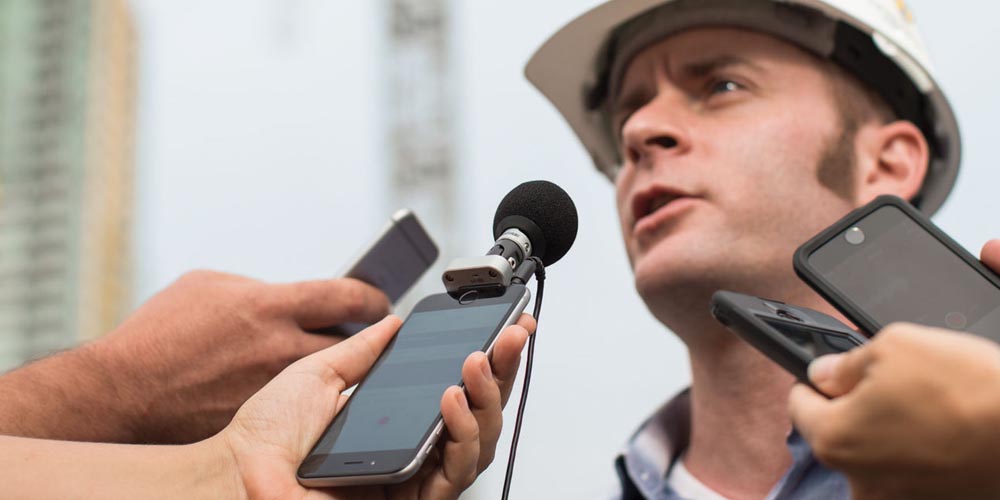 Though newsgathering has always been "mobile" in that reporters go to where stories are unfolding, the advent of the smartphone and broadband wireless has completely revolutionized what a single reporter can do. These new technologies mean you no longer need an expensive satellite truck with a huge TV crew to cover breaking news. However, journalists still need the right tools and skills to do a professional job.

Björn Staschen is an editor and producer for Germany's NDR, a public broadcaster based in Hamburg. There he heads the NextNewsLab, which is exploring innovative approaches to reporting in the 21st century. This is often called mobile journalism, or mojo for short.

Shure visited NDR headquarters to speak with Staschen about how many traditional broadcasters are starting to embrace mobile journalism.

"Our main task is to find out if the smartphone works for linear television production," said Staschen. "And there are stories where the smartphone is best."

Listen to the full interview below.

Can you tell us about what you do at the NextNewsLab?

Our main task is to find out if the smartphone works for linear television news production.

Does that mean that you're replacing traditional television broadcasting?

I don't believe that we will. I mean, we're still in early stages of trying to find out what a smartphone can do and what it can't do. There are disadvantages. For example, the smartphone filming mostly wide-angled, with the exception of the new iPhone, [and] a difficult light situation isn't easy to cope with when you film.

The smartphone will be an additional piece of production gear rather than a replacement. Maybe in the future, our process will be to consider a subject, decide how we want to tell the story, and then start filming with either a smartphone or a full production team — whichever suits the story. Then we'll decide whether to publish online or as a linear television show.

What kinds of stories lend themselves to mobile journalism?

When you want to be on location for a long time and produce on location—for example, when something is developing and you're trailing people and you want to show their everyday lives.

The big advantage of a smartphone is that you can edit, do the voice over, and upload the story while you're on location. You can't do that with a camera crew unless you bring a satellite newsgathering truck and your desktop computer.

I also think that the smartphone is effective in the first hour of breaking news. If Hamburg Airport is closed because of a server error, like it was recently, we can go there immediately, capture images and video, and publish a completely produced story online within an hour. You wouldn't be able to do that with traditional production equipment.

How do your traditional broadcast colleagues feel about mobile journalism?

We've had a lot of communication, and a lot of honest discussion. "Is this good? Is this what we want for our stories?"

The great thing about the NextNewsLab is that we have people from traditional production departments — the camera department, the editing department — on our crew. So, we have expert traditional journalists who are sharing with their departments what we do in the NextNewsLab. We have good processes in many areas of NDR, and I think that leads to productive, collaborative efforts at trying to find out what mobile journalism is good for.

Is it a generational change whether people are prepared to use their smartphones?

I don't think so. I'm 44, which puts me on the older side at NDR, and I'm heading up our mobile journalism explorations.

It's more a question of whether people are open to change and new possibilities. I don't think that's necessarily age-related. I think it's easier to work with curious people, and I know curious sixty-five-year-olds.

What does your audience have to say about NDR's mobile journalism efforts?

Everybody's different, so there might be some people who find something in the picture that irritates them, though they can't really say what it is. So, while there are noticeable, little differences, I wouldn't say they're quality issues. Colors are different, and contrast is different. So, you can see that something is different. Most of our viewers, I think, don't notice because we don't broadcast the footage that didn't work.

Where do you see mobile journalism heading?

Well, I think it is a convenient additional way of producing television news, and a great way toshare news on different channels — first on social media, and then as a linear television story.

It also helps with different ways of storytelling.

I don't think that we will ever see a big broadcaster like NDR or the BBC only using smartphones, but we will see more reporters using smartphones to break stories, then bringing a camera crew along for later. The smartphone will remain a regular tool in broadcast news journalism.