As Shure celebrates Women’s History Month in March, Paula Molaro looks back at the life and impact of ROSE LANGER SHURE on the company and wider audio industry.

For 67 years, Rose Shure was Shure Incorporated. Working alongside her husband, founder and past President Sidney N. Shure, she witnessed the company grow from a small maker of microphones and phonograph cartridges to a global audio electronics manufacturer.

Born in Iowa in 1921, Rose Langer joined Shure in 1949. It was here that she met Sidney, whom she later married in 1954. They worked closely together for more than 45 years before his death in 1995. Later that year, she was elected to succeed him as Chair of the Board of Directors of Shure Incorporated.

Over the years, she came to value how the company was managed and became vital to our operations. Mrs. Shure became particularly passionate about the welfare of its employees, known internally as associates. She viewed them as the firm’s greatest asset. In marking her 55th anniversary at Shure in 2004, she said, “Shure has been an integral part of my life, and I care very deeply about the company and the people who work here and make Shure what it is. I feel extremely fortunate to have had the opportunity of working with the men and women of Shure.”

She meant it. As Chairwoman, she reaffirmed that the company would remain private, upholding the core values and fundamental principles established by her husband.
Since its inception, Shure has been an integral part of the local community, and Mrs. Shure continued that tradition by making corporate social responsibility a part of our values.

During her long career, she observed Shure add, discontinue and expand product lines, models and markets to meet the evolving needs of customers. She noted how the company’s conservative fiscal management enabled Shure to weather economic downturns. She insisted on high quality standards. She was a strong believer in change and flexibility and continuously sought to address technological, manufacturing, marketing, and sales challenges.

As Chair, she guided the company’s move in 2003 from Evanston to our current center of operations in Niles, Illinois. That same year, Shure was awarded the Technical GRAMMY by the National Academy of the Recording Arts and Sciences®, which is presented by the Recording Academy to individuals or companies that have made outstanding contributions of technical significance to the recording industry.
It remained one of her proudest achievements.

Here, There, and Everywhere

In her 60th anniversary speech in 2009, she recalled, “In this age of globalization, our own globalization started very early in the 1920s and ‘30s. With distributors in 140 countries, and offices and subsidiaries around the world, we have had many opportunities for global travel, and we have had the privilege of becoming acquainted with many people from different lands, customs, and traditions. This has been, and continues to be, an important part of our business, and it has enriched our lives and played a very significant role in the growth of Shure.”

Today, Shure is justly a global company. But Mrs. Shure continually observed how Mr. Shure was committed to growing internationally long before it was popular to be “global.” Throughout her time as Chairwoman, Shure expanded in size, scope, and sector – opening new offices and hiring associates in Asia, Europe, the Middle East and Latin America.

A proud Chicago resident, it was important to Mrs. Shure that the company maintain its headquarters in the region, close to where it was founded in 1925. A long-time advocate and patron of the arts, she supported countless cultural, philanthropic, and education organizations that improve the quality of life of millions of people, throughout the city and beyond. The Jewish Federation of Chicago, Lyric Opera, Shakespeare Theater, Steppenwolf Theater, and the Chicago Symphony Orchestra are only a few of the organizations that benefited from her generous spirit during her lifetime.

Under her thoughtful leadership, Shure continued to manufacture trusted audio electronics that have made the company a leader in the industry. She commuted to the office regularly and continued to maintain an active role in the business until her death in 2016.

Always confident in our company’s bright future, Mrs. Shure forever reminded us, “For Shure Incorporated the best years are ahead.” 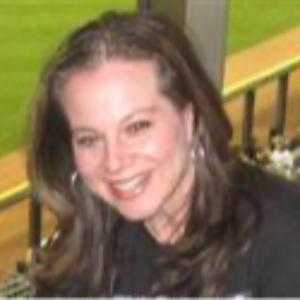