Michael Moore outlines the evolution of rechargeability in wireless systems, explains the benefits of the Shure lithium-ion battery, and shares the stories of two churches that made the switch to rechargeable wireless.

For decades, wireless microphones have been dependent on alkaline battery technology. The cost of batteries, both in terms of cash and environmental impact, was considered to be a reasonable price to pay for the many advantages of wireless technology.

In the world of professional audio, it seems that everyone has a war story about using rechargeables, usually involving sudden failure in the middle of a production. Even advanced nickel metal hydride (NiMH) rechargeables suffered from limited capacity, low voltage levels, and the dreaded "memory effect," which slowly reduces the length of time they will run, even when fully charged. As a result, rechargeables earned a bad reputation and were rejected by most serious pro audio users. In fact, most wireless manufacturers still recommended alkaline batteries to get proper performance from their systems.

Over the years, cell phones and laptops have helped us evolve into being a wireless-accessible society. In the world of wireless microphones, advances like automatic frequency selection have made RF easier to use and much more reliable. As a result, today's wireless microphone users—including houses of worship, corporations, government buildings, and rental companies—typically have dozens of systems. And they all need batteries.

For a large installation, even at roughly 40 to 50 cents per AA cell, constant battery replacement means high cost of ownership, a significant issue for many organizations. Another major concern is that several states, including California, now consider AA batteries as hazardous waste. So add responsible disposal to the list of issues associated with single-use batteries.

The good news is that there is a solution that addresses the issues of performance, reliability, cost of ownership, and environmental responsibility.

That's short for lithium-ion, a rechargeable battery chemistry that Shure has embraced in its most recent generation of wireless products. Much like your smart phone, Shure wireless systems use these smart batteries to enhance performance and reliability while significantly reducing cost of ownership. That's a big advantage.

Due to their huge energy density, Shure lithium-ion rechargeables beat alkalines in both battery life and voltage. They also have a smart chip inside that tracks every aspect of performance. So instead of the nebulous "bars" to show remaining battery life, Shure users get a read-out in hours and minutes that's accurate to within 15 minutes. That battery information is also accessible on a network—even third-party room control systems—so that it can be monitored remotely. I was a skeptic until watching the remaining battery life, in hours and minutes, slowly counting down on my iPad. It has been six months since opening up a battery compartment.

Since 2013, Buckhead Church in Atlanta has been leveraging Shure lithium-ion technology. Audio Director Luke Roteman commented on the increased efficiency in workflow, as well as the comfort in accurately monitoring the battery life from free Shure Wireless Workbench® software.  Based upon the number of services and events that he produces, he estimates that his batteries paid for themselves within the first year.

Here's another advantage of lithium-ion technology: Technical directors tell me they continue to cost their event rentals as they would for normal battery usage. This has allowed them to maximize the ROI of the lithium-ion investment.

Shure has been making lithium-ion rechargeables available for several years now. The SB900 battery replaces two AA cells and can be used in several Shure lines, including ULX-D® Digital and QLX-D® Digital Wireless Systems. They also fit the bodypack receivers for the PSM®1000, PSM®900, and PSM®300 Personal Monitor Systems. For all those products, you can use alkalines or other rechargeables if you prefer.

There are three additional Shure wireless systems that use lithium-ion batteries: Axient® Wireless Management Network, Microflex™ Wireless, and GLX-D® Digital Wireless. Those products include the battery (either the SB901 or SB902) as part of the system. And that tight integration leads to some sweet benefits.

For instance, Peachtree Corners Baptist Church in Atlanta uses the drop-in Shure charger (SBC200). Technical director Andrew Howard loves the fact that the mic powers down automatically when placed back in the charger after use. This allows him to power-lock his transmitters in the "On" position. Worship team members can pull a transmitter off the dock and start using it immediately. After services, they just return it to the charger, and it charges automatically. Talk about enhanced workflow!

When you add up the low cost of ownership, outstanding performance, and environmental benefits of going rechargeable, you've made the entire wireless equation much more attractive. So, when considering wireless systems, be sure to look for lithium-ion rechargeable batteries. With its high energy density and lack of "memory effect" degradation, lithium-ion technology assures great performance and long battery life, with negligible cost of ownership.

Plus, if you're like me, a reliable eight hours of battery life on Sunday morning might lower your blood pressure, too! 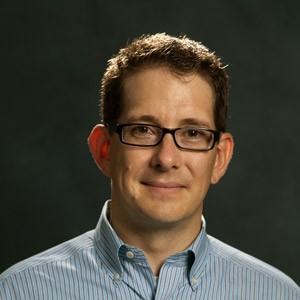