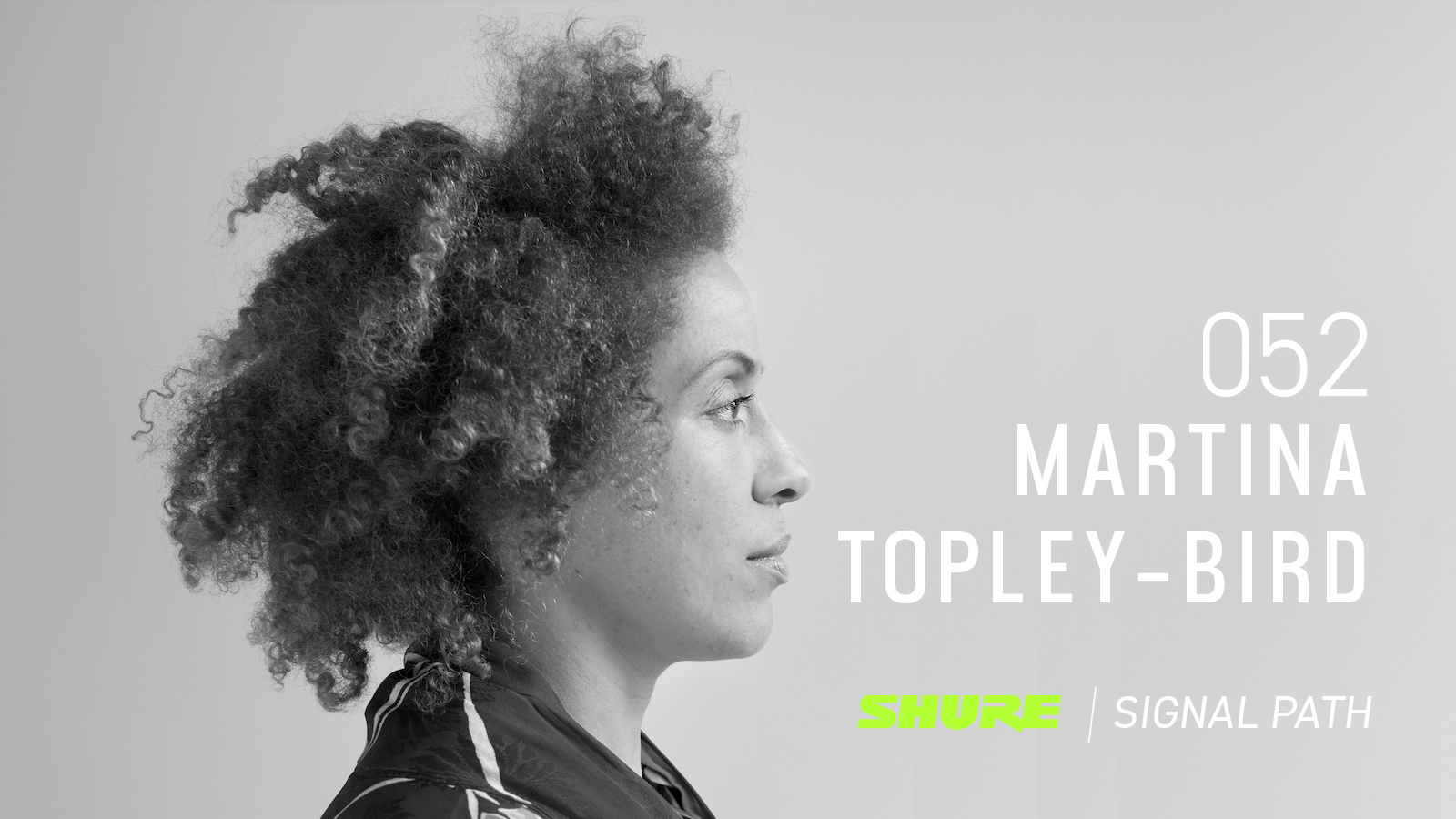 For the latest episode of Signal Path, we caught up the English singer Martina Topley-Bird, who started out her career with UK trip-hop visionary Tricky in the mid-1990s. In the podcast, we discussed how her approach to collaboration and songwriting has evolved over the years, her recording tips for vocalists, and her brand new album ‘Forever I Wait’. This episode was recorded remotely with the SM7B microphone and Martina’s trusty SM58.

Marc Young: Hi, Martina. Thanks so much for speaking with me today. You're calling in from Valencia, Spain – is that right?

Martina Topley-Bird: Oh, a pleasure. And no, actually, I'm in Alicante. I was in Valencia, but I've recently relocated to the coastal countryside, like an hour and a half south of there.

But still on the coast.

Still on the coast, yeah.

How long were you in Valencia before you moved to Alicante?

Now I'm sort of in between the two, actually, because I love Valencia as a city. However, I was craving being in nature a bit more, sort of decompressing from city hustle and bustle, even though it's like a million-person city. It's like, perfect size. So I've been between the two for a while, but just kind of relocated here full time. Like last month.

Did Valencia have its traditional Falles bonfires this year?

Crazy. Yeah. Funnily enough. It happened just a couple of weeks ago. They happen just before we have one family birthday. We had that culminate on the normal fires. I always really want to see it. However, it's quite hard for your nerves because there's explosions going off all the time. Valencia has the biggest burns unit in the whole of Spain, because the health and safety this would not fly in America anywhere at all.

No. And I know you also spent time in Baltimore. I want to get into how being in Spain and also in the States, maybe influenced your new album a bit. But for people who aren't familiar with Las Falles, they build these amazing, beautiful sculptures and then burn them down. So you have these giant bonfires all over the city, right?

Which is spectacular but also terrifying, I guess, especially if you're a dog.

Yeah. The animals don't like it at all. So we were, like, that definitely was something we experienced with our dog just once. And we left him in the countryside for this time when we went.

I definitely want to get into how maybe Spain has influenced a new album a bit, but I guess take it back a bit. For a lot of people, you’ll always be the voice of the Bristol music scene. And in particular, your ground-breaking work with Tricky hasn't really lost any of its impact at all over the years, but it kind of feels spiritually, if maybe not creatively, that Valencia or Spain or even Alicante feels a million miles away from Bristol. How does that feel for you?

Yeah, I think so. I feel like what I was searching for was somewhere, too. I don't know, somewhere I thought I could live long term, and we had a long list of criteria for the place that we thought would work for us as a family and stuff. I mean, I've lived enough and I've had my childhood and my adolescence and my young adulthood, and I found that the same with moving to Baltimore, being outside of my homeland and hometown. Then it made me much more keenly aware of my identity as a person raised in England.

And it's the same here. I just don't have the same distractions for working on a project, and lots of people do that. They get away from home and go somewhere else so they can really focus without distractions on what they're doing. Right. So relocating to Spain? Yeah, it took various different periods of delays involved with making my record and relocating sort of every six months at some point took up a lot of time to get settled and reconnect with what I'm doing. But apart from the time it takes to get settled, then being in a different place, like I say, helps you to kind of connect with yourself because you're not distracted by for me, living in London, I'd be distracted maybe by, like, what people think of me.

I feel a lot more observed in London. I feel a lot more invisible and anonymous in Spain. So yeah, it made it a lot easier to not get distracted. And really, the pandemic worked out really well for me in that regard. Yeah.

I was reading up for this interview, and I was reading how at the beginning of your career, a lot of the time, you improvised a lot of the vocals, and that would ended up on some of those first records you made with Tricky as well. Is that still true? Are you still sort of a first take sort of artist, or is it more like 30 takes or 100 takes? How many does it take these days? Because you were talking about focus there in the moment, right?

I have one track on the record where I intentionally set everything up, so it would be a first take, and it would be like the first. It was actually the first time I heard the track that I was singing to. So I had the lyric before. So I think with things in the past, I've had the lyric and learned the lyric and I heard the or I knew the backing track and I would be given a set of lyrics, and I just go and improvise it. Or yes, I'd have to write them all out.

Listen to the full interview with Martina Topley-Bird and subscribe to Signal Path with the podcast provider of your choice below.