Axient At The Salzburg Festival 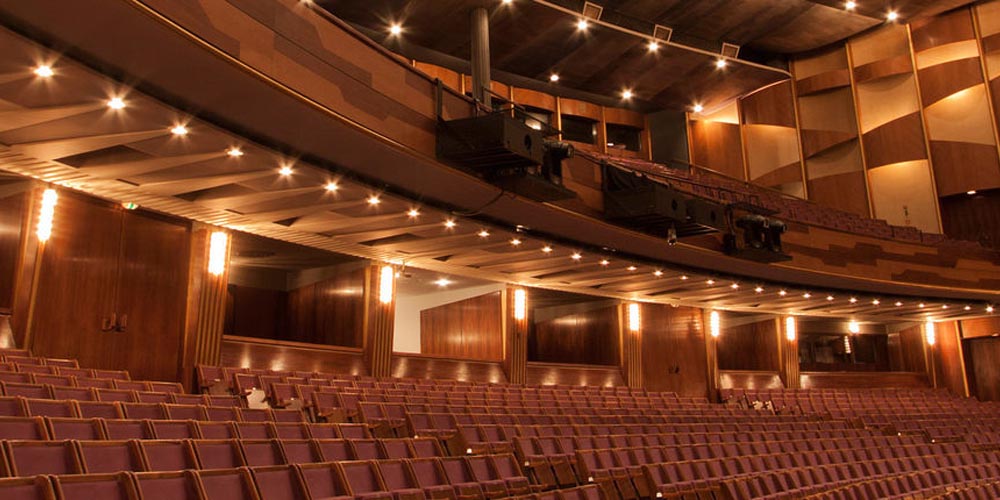 When I had my first demo of the system at a trade fair, my reaction  was 'At last! Why didn't you do this sooner?? We could have done with  this a long time ago…!

Since 1920, a five-week celebration of music and drama has been held  every summer in Mozart's birthplace, the Austrian city of Salzburg, a  few kilometres from the border with Germany. The Salzburg Festival sees  events happening all over the city's urban area and around the local  region, but the festival's centrepiece is always performed outside, on  temporary staging in Salzburg's Cathedral Square (weather permitting):  Jedermann (Everyman), a Christian morality play.

Stage presentations of Jedermann have become ever more elaborate as  the decades have progressed, and the use of wireless microphone systems  for the performers and discreet sound reinforcement around the square  has grown commensurately. However, the shrinking RF spectrum available  for wireless microphone use in Austria and mushrooming sources of RF  interference in the Salzburg region rendered the Festival's 10-year-old  wireless microphone system unfit for purpose. A better solution was  urgently required.

The Festival took delivery of 32 channels of Shure's flagship Axient  solution before the 2014 festival, and made use of it throughout that  Summer's production of Jedermann. As Festival Head of Sound &  Acoustics Edwin Pfanzagl-Cardone explains, "When I had my first demo of  the system at a trade fair, my reaction was 'At last! Why didn't you do  this sooner?? We could have done with this a long time ago…!" From that  point on, we made it clear to our management that we wanted this system  as soon as we could possibly obtain it."

"Axient's interference detection and avoidance is great," explains  Pfanzagl-Cardone, "it moves to a clear frequency within milliseconds of  interference occurring. And it doesn't just randomly switch - it only  picks frequencies that have been monitored already, which look as though  they're going to stay clear and stable. We are several steps ahead of  where we were with our old system.

"For example, Axient has the ability to control the parameters on  bodypacks remotely from the FOH position if required. So if an actor is  performing more or less loudly than at a soundcheck, the input gain can  still be adjusted without disturbing the performance. Or the  transmitter's power output can be raised remotely if required. In our  current productions, we're running at 10mW, which is entirely  sufficient. We used to run at 50mW. That reduces the risk of  intermodulation interference.

"The problems we have now are not coming from the wireless system,"  concludes Pfanzagl-Cardone. "In terms of wireless technology and  amplification, there are so many protective features now that we're much  safer than we used to be. So you could say that we go about our  business in a more relaxed way."