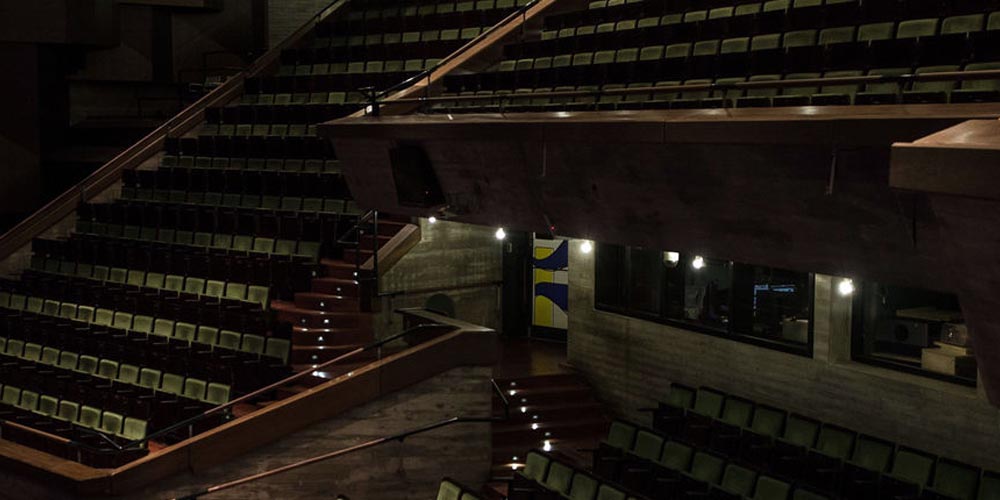 Stefan Raebel, Head of Video and Audio at the Baden State Theatre

At present, in my opinion, there are no wireless systems the equal of this one — and my colleagues here agree with me!

The Baden State Theatre, situated in Karlsruhe, Germany, has been  presenting opera, drama and ballet to the public from its twin  auditoriums since a complete refurbishment and reconstruction in 1975.

A new system had to replace 15-year-old wireless equipment that was  showing its age and unsuited to operation on the more restricted RF  frequencies available to wireless users following the Digital Dividend  spectrum reallocation in Germany.

The theatre management soon zeroed in on Shure’s ULX-D as a  replacement, as Stefan Raebel, Head of Video and Audio at the Baden  State Theatre, explains. "We had been considering another digital  wireless system, but it wasn’t entirely satisfactory," he comments.  "ULX-D gave us a good feeling immediately."

For the theatre’s management, the digital ULX-D system scored on its  high audio quality, large number of available channels, and operational  reliability — the latter thanks to the system’s ability to recognise  incipient sources of interference, and switch frequencies before  problems become audible.

"The ULX-D sounds great and has proved very reliable," continues  Raebel. "Over the three years we’ve been using it, we’ve not experienced  a single dropout."

The system’s use of Lithium-ion rechargeable battery technology has  been another convenient plus for the theatre in daily operation.  Offering long battery life, short charging times, and accurate readouts  of the remaining battery charge, Shure’s rechargeables have made for  more flexible operation, even during longer shows. "If we’re putting  Wagner on, each production can be five or six hours long," explains  Stefan Raebel. "If you add time in make-up, it can easily be seven or  eight hours. But with these batteries, we’ve never yet had a problem.

"At present, in my opinion, there are no wireless systems the equal  of this one — and my colleagues here agree with me!" concludes Raebel.