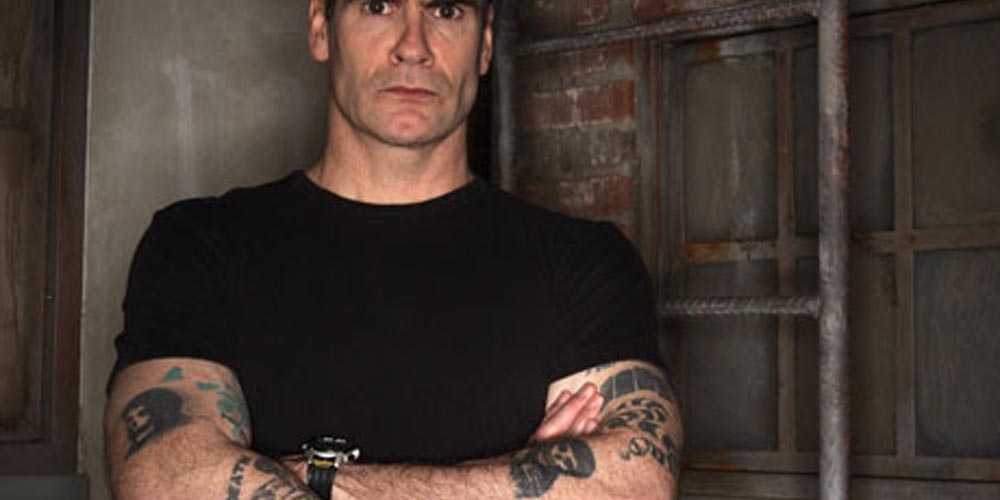 Late one Saturday evening, I received an email from my friend Henry Rollins. Apparently he found his way to the Shure webpage and noticed the latest addition to our earphone line, the SE846. After gazing upon a few slick images and poring over the description and specs for the product, he NEEDED to hear these things. A few years prior to this, Henry spent an evening with the SE535s and was pretty impressed with what he heard. The thought of topping that audio experience had not entered his mind, but I think we may have changed all that...

Here's what he had to say:

The SE846 Sound Isolating™ Earphones by Shure are amazing. I could stop right there but I can't. Impossible.

Years ago, when Shure brought out the incredible SE535s, I couldn't believe what I was hearing; that so much sound could be realized with such a small component. Those of you who know what I'm talking about perhaps had the same reaction.

With the SE846, Shure have reinvented the wheel. The SE846 provides mudless, clear and concise low-end that you will not believe is happening. No, really, the SE846 is a major audio breakthrough. Low-end is the bottom of the sound spectrum, the buck-stops-here part and usually the aspect that disappoints with the lack of definition that clouds the overall. I have found that with the SE846, it is a sonic key that opens a door to sound that makes you think you are hearing an old favorite album for the first time. As you can probably imagine, the mid-range is highly enhanced because it is not tasked with the chore of also bringing you lower frequencies. There have been almost hypnotic moments where I forget that I am wearing earphones at all and that the music just exists inside my head.

For weeks now, I have been road testing my set of SE846s in several different environments that you perhaps find yourself in so I would be able to report to you of their performance in real day-to-day settings.

The results are in: WOW. Sitting in the coffee place next to the guy who talks loudly and ceaselessly into his cell phone is a common audio hell that we often find ourselves in. I know I do. The sound isolating capabilities of the SE846 have helped me keep my sanity in these situations. They not only keep the extraneous noise out, they keep the sound in, perfectly defined. What a relief.

One of the ways to judge any high end audio system is by how it sounds at medium and low volumes. If you find yourself turning up a system in an attempt make it sound "better" you're likely not going to get a good result. My experience with the SE846 earphones is that I find myself turning them down, yes down. I am getting full spectrum sound at minimal volume and still not having to put up with annoyances emanating from outside my pristine sonic environment. I just finished listening to David Bowie's The Next Day album and the myriad intricacies of the songs are now known to me. Again, WOW.

On the long flight, the SE846 are excellent at cutting out engine drone. Many of us are utilizing our tablets to watch something on planes these days. I was eager to see how the SE846 worked for film and television audio soundtracks. DAMN! So happening. Crashes crash, explosions explode, dialog is crisp and well defined.

I took the SE846 earphones through several different musical genres to see what would happen when the likes of Hendrix, Miles, Sabbath, Stooges, High On Fire, Thee Oh Sees, Marnie Stern, the Emerson String Quartet and others took control. There is seemingly nothing the SE846can't handle. I think Classical fans are going to be quite happy with these. When you are trying to squeeze an mp3 (ugh) for all the juice you can get, you will be amazed what the SE846 are able to achieve.

Shure has set the standard of dependable excellence and durability for decades. I have done over three thousand live shows and believe it or not, several studio albums with a Shure SM58 microphone in my hand. When Shure brings out something new, they're not kidding around. They are innovators in an endless quest to perfect, redefine and lead. The SE846 Sound Isolating Earphones by Shure are a giant leap forward.