DIY Wireless, Part 1: Choosing a Frequency for a Wireless Microphone 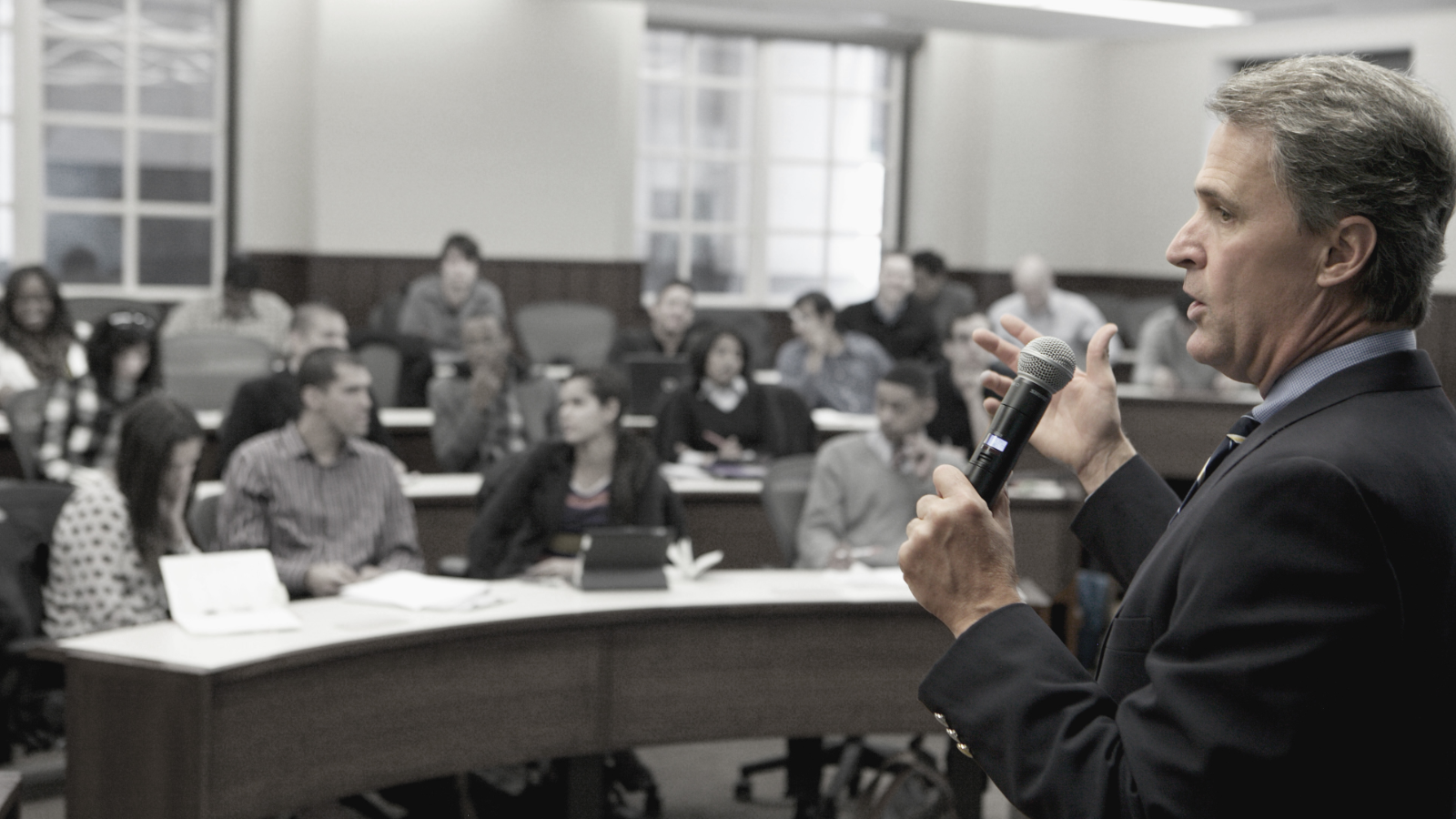 Wireless is one of the most mysterious and misunderstood parts of audio.  Music festivals and award shows often hire a professional to ensure trouble-free wireless performance, but selecting and installing new wireless microphones for a small school, church, or theater is something that you can probably do yourself.

In this article we’ll talk about how to choose a frequency that lets you operate the number of systems you need without encountering interference from local TV stations or existing wireless systems.

The first question to ask is this:  how many systems do you need, now and later?  One of the key performance differences between wireless systems at different price points is how many systems can be used at one time in a room (or in several nearby rooms in the same facility).  Each wireless system takes up a certain amount of space in the spectrum, and needs a little ‘elbow room’ between it and the other systems on either side of it.  Better systems can be packed closer together without interfering with each other, allowing more systems to operate at one time in a limited amount of spectrum.

When thinking about how many wireless systems you need, remember to take into account the systems in nearby rooms as well as in the room in question.  The signal from a wireless microphone in a room down the hall, while weak, can still interfere with a system in your room.  So while there might only be two wireless mics in a room, if there are six rooms in the same area all 12 of those systems need to be compatible with each other.

There’s no need to pay for a model that can operate 80 systems together if you’re never going to need more than 20, but it is wise to buy a system that leaves room for expansion.  In most cases it makes sense to allow for at least a few more systems to be added.

The second important piece of information is the location where the wireless systems will be used.  This is critical because the spectrum that is available for wireless microphone operation varies in different cities and countries due to local regulations.  The open spectrum in Philadelphia might not be the same in Dallas, and a system that is legal in the U.S. isn’t legal in Japan.

How To Choose a Frequency Range

Most professional wireless microphone systems operate on unassigned channels in the VHF or UHF TV bands.  Most systems can tune to a range of frequencies (called tuning bandwidth) that span multiple TV channels. A few models use spectrum outside of the broadcast TV bands, like 900 MHz, 1.9 GHz, 2.4 GHz, or 5 GHz.  For systems in the TV bands, the available channels vary from city to city depending on how many TV stations there are, so it’s worth knowing what channels are open in your area before you begin shopping.  (In the U.S., the Shure Wireless Frequency Finder lets you enter an address and find out what TV channels are available for each Shure wireless system.  In other countries, the local Shure representative or dealer can help you to choose a frequency band.)  If your institution is in a major metropolitan area, there may be only one or two open TV channels, so you need to be certain that the wireless system you’re considering is available in that frequency range and can accommodate the number of units that you need.  In more rural areas, there are likely to be several open channels that give you plenty of options.

Are My Wireless Microphones Still Legal?

As of July 2020, wireless microphones (and personal monitors) operating in the UHF TV band in the US are no longer permitted to operate above 608 MHz, with the exception of a couple of narrow slices of spectrum where operation at reduced power is allowed.  Similar changes are occurring in other countries.  If you have current wireless systems in service, check to make sure that they can continue to be used legally.  If they’re above 608 MHz (other than in one of those narrow slices), they need to be retired from service.

Public Safety Use in 13 Cities

One little-known aspect of wireless microphone spectrum is that public safety agencies are assigned certain TV channels for communications use in 13 U.S. cities.  If you’re using a wireless microphone or personal monitor system in one of the cities below, be careful not to use frequencies on the channels reserved for public safety.  (The Shure Wireless Frequency Finder will automatically remove these channels from consideration.)

How to Coordinate Wireless Microphone Frequencies

To avoid interfering with each other, wireless microphones and personal monitors need to transmit on different frequencies, sufficiently spaced apart, and that are mathematically compatible.  Let’s look at each one of those criteria individually.

Wireless microphones transmitting on the same frequency in the same location will interfere with each other, causing noise or a complete signal dropout.  This is why radio stations in a city are always on distinct frequencies; there can’t be two stations on 101.9 MHz in the same place.

A wireless microphone receiver tuned to a frequency actually picks up signals in a window of frequencies above and below it, which must be clear to allow the desired signal to be picked up.  Less expensive receivers need a wider window of clear spectrum, while more expensive receivers can typically focus on a narrower window that lets them work with lots of closely-packed signals.

Automation to the Rescue!

Fortunately, Shure wireless systems are pre-programmed with groups of frequencies that are all compatible with each other for trouble-free operation.  And the receivers have a built-in scanning function that will automatically figure out which frequencies are clear to use and then program the receivers to the right channels.  On most models, you synchronize each transmitter to its receiver through an infrared link, just like you sync a universal remote control to your TV.

Note:  If you’re mixing units in different frequency bands, or you’re combining new systems with some existing units (either from Shure or other brands), some additional calculations may be necessary to make sure that you don’t have interference issues.  Contact Shure Applications Engineering in your area and they’ll be happy to help you.  You can reach your local Applications Engineers using the contact form at www.shure.com/contact.

After we’ve decided on a frequency range, we need to think about transmitters and batteries, which is covered in DIY Wireless:  Part 2 – Wireless Microphone Transmitters and Batteries.