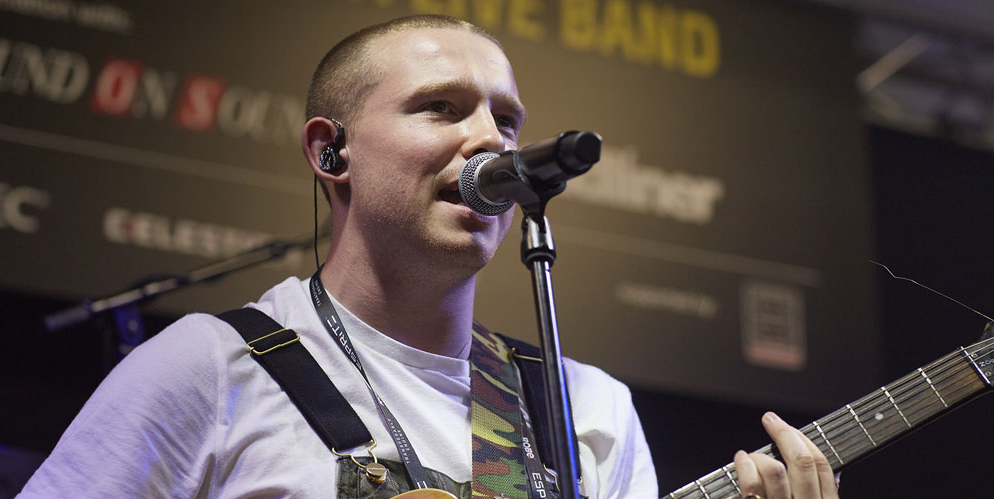 At this year's PLASA show, Shure were proud to be a headline sponsor of the first 'Stage to Studio' event with Headliner Magazine and Sound on Sound.

The exciting new feature demonstrated techniques for capturing high-quality sound from the stage and maximising live multi-track recordings when mixing. The event featured two days of performances by hugely talented artists such as VC Pines, Effie and a selection of emerging artists presented by an original member of Iron Maiden, Tony Moore. VC Pines fronted the main event as they performed live on stage for PLASA attendees followed by an immediate masterclass from Miloco Studios engineer, Jamie McEvoy that was broadcast on a demonstration screen for all to see.

All the microphones used on stage were supplied by Shure, which included two channels of Axient Digital wireless, four channels of PSM900 in-ear monitors, and an array of wired microphone options, including many ubiquitous SM58's and SM57's, and several gems from the Beta and KSM range of Shure mics.

"Stage to Studio was a challenging project to work on," comments Jack Drury, Market Development Specialist at Shure UK. "Firstly, because of the RF environment, which by its very nature was congested due to the central London location and the high number of other wireless microphone users across the tradeshow floor. Secondly, the stage was out in the open, so to capture a clean sound suitable for mixing into a live recording, we were restricted to close micing techniques, using more small-diaphragm and dynamic mic options in mono configurations."

Once the headline performance had been recorded live, guest engineers described their gear choices, mic placements and mixing decisions with a running commentary to the audience. The engineer's setup included a desk by Allen & Heath, Pro Tools 2019 on an Apple MacBook Pro and an Apollo Twin Duo Interface.

The Digital Audio Workbench (DAW) was displayed on a big screen above the stage during the mix process, which offered a unique insight into the decision-making processes involved in crafting a successful live recording for the audience.

Stage to Studio was made possible courtesy of Miloco Studios who provided a full portable Pro Tools rig to help capture a studio-quality recording on location. Established in London in 1984, Miloco now run 179 studios worldwide, with their rooms used as first-choice options by international artists, record producers and engineers.

COMPETE FOR THE BEST MIX

Now it's over to you! Professional engineers, mixing enthusiasts (and anyone in-between) are invited to create their own mix of the multi-track file for a chance to win a Shure KSM32 studio mic, Shure SRH1540 headphones, and a set of Genelec 8320A monitors.

Paul Watson, owner and editor of Headliner magazine, comments on the initiative; "Stage to Studio was a resounding success for everyone involved. We had a packed crowd at both days for our main event and 12 artists performing original material over the course of the two days. The two Miloco engineers broke down the fundamentals of mixing a live band and thanks to a full complement of Shure microphones across drums, guitars, vocals and even a brass section, they had the perfect palette to work with. The support of Shure as a manufacturer to help with best in class equipment for location recording techniques, products and placement was invaluable and an absolute pleasure to have on board."

You can download the source files and start your mix today by visiting the PLASA website. Best of luck and may the best mix win!