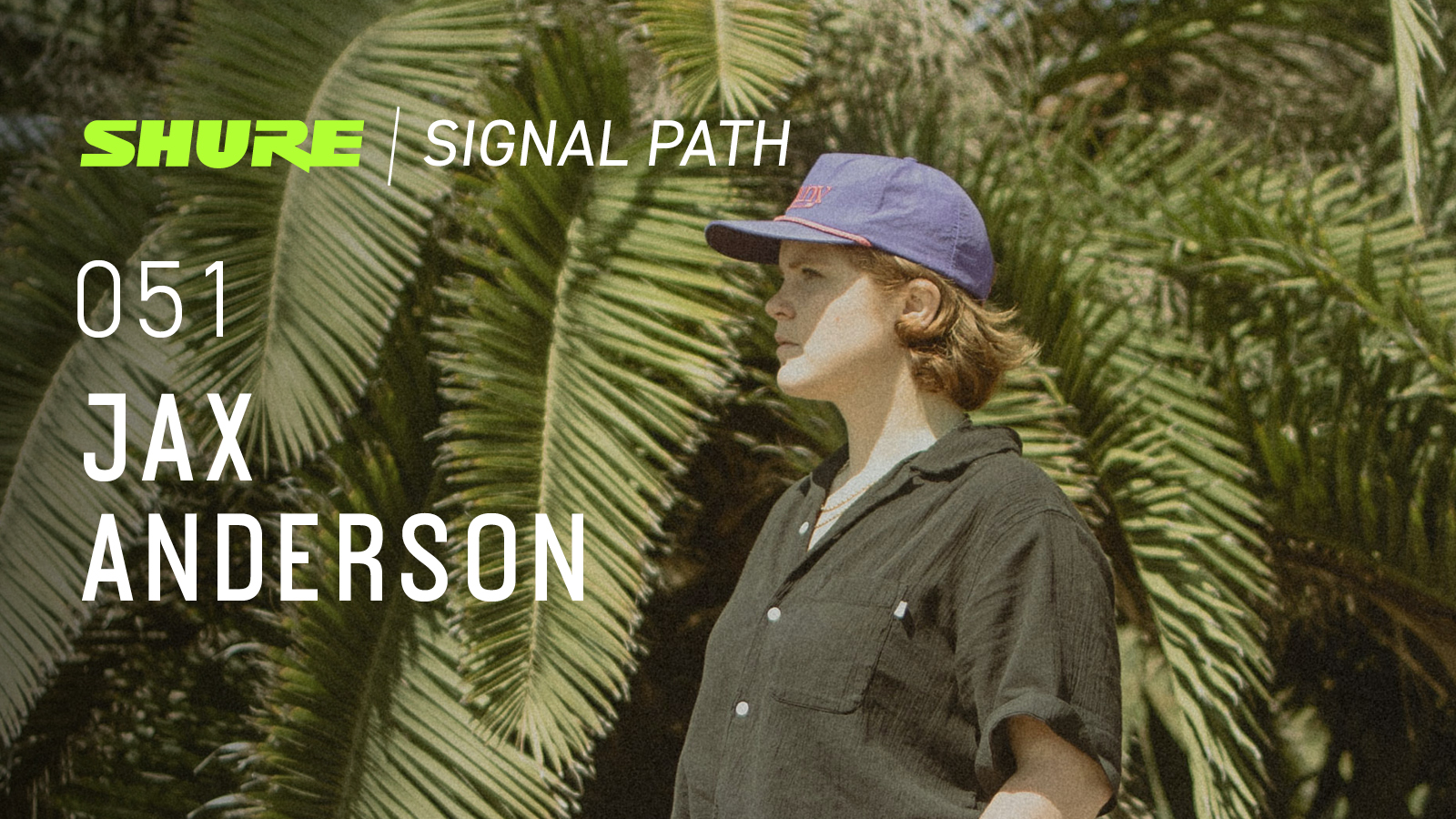 For the latest episode of Signal Path, we spoke with Detroit’s very own creative dynamo Jax Anderson.

In the podcast, she discusses her genre agnostic approach to making music, how she tackles universal themes as a queer artist on her new concept album, and the creative inspiration she found while on a cross-country musical road trip. This episode was recorded remotely with the MV7 Podcast Microphone.

Marc Young: Hi Jax, thanks for joining me today. You mentioned you were recently on the road. How was your trip?

Jax Anderson: It was fantastic. I started in Detroit, went down to the southern United States and cruised on over all the way to the West Coast. And I stopped along beautiful locations and was able to write music along the way.

And you took some of our gear on that trip. Actually, the mic you're holding your hand right now, the MV7. What exactly was your goal: find inspiration along the way, or be creative on the road?

Yeah. My intention was to try to take myself out of my comfort zone, which is typically my own studio space or my own bedroom or any kind of place that feels familiar. And so one thing about touring is that you rarely get a chance to stop and really see the places that you're passing through. So my intention was to write music in every single city that I've been wanting to check out and stop by a couple of national parks along the way and gain inspiration from the things around me, from the visual side of what America can offer.

How long were you on the road?

In total, I was on the road for about two weeks.

Was there a particular stop which you feel was a true highlight? Creatively? Not just that it was a nice place to check out. But it was actually that you had some kind of resonance there that really spoke to you when you were making music?

Yeah. I stopped in, I think it's in Arizona, the Petrified Forest. Which was absolutely gorgeous. They have these many ranges that are just so colorful and beautiful. And the landscape was just incredible. So I had a setup. I took a van out there, and so I had a setup in the back of my van to where it acted as if it was treated. It almost felt like it was a treated vocal booth. I put a bunch of blankets back there and things, and I was able to just open up the back of the van and record out of the back of the van.

So it wasn't just you singing or recording playing music. You actually used it to record original audio field recording. You brought that into the new album as well?

Yeah. I'm a big fan of using ambiance as white noise. I think it's a lot of the times people will have hidden white noise in the background like a synth or something. I think it's amazing to put different bird sounds or, like, wind sounds or things like that just tucked in the way in the back. It's almost like a subconscious note. Yeah. It was awesome to be able to get different sounds of water and different sounds of throwing rocks and even just, like again, birds chirping all throughout the record, which was a really cool experience.

Listen to the full interview with Jax Anderson and subscribe to Signal Path with the podcast provider of your choice below.