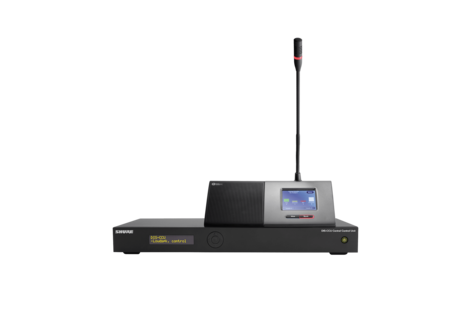 A flexible and powerful system that can conform to the specific needs or protocols of any group or organization, from city councils to global enterprises.

Enable meeting participants to hear each other clearly, across the room or country. Portable & installed units combine audio & user controls in an integrated system.

From a 20-person board meeting to an international assembly of thousands, the Microflex® Complete conference system keeps the conversation productive.

Latest firmware packages ensure that your conference systems perform at their best. The Firmware Update Utility (FUU) is included and required to update compatible Shure products and manage device firmware.