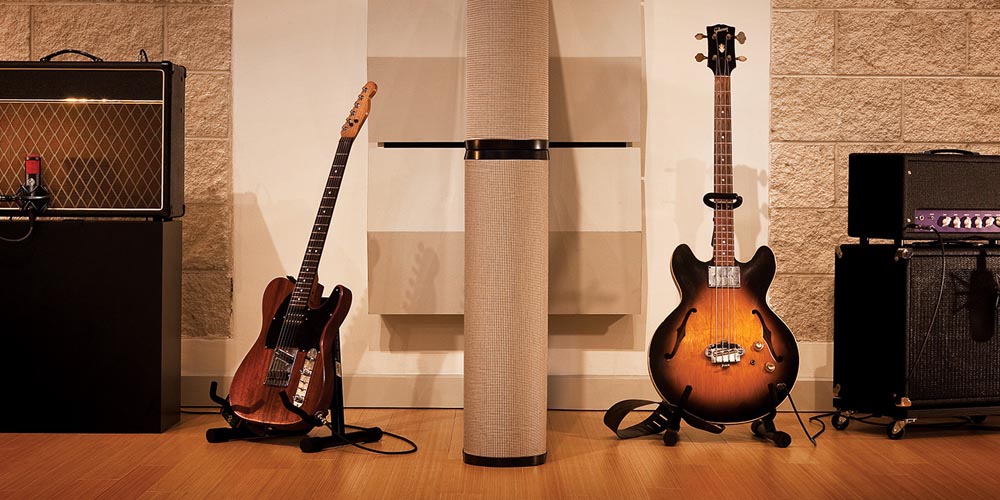 Think about microphone types today and your mind will automatically turn to the dynamic and condenser types that dominate live sound reinforcement and recording applications. But from the 1930s through the 1950s, the ribbon velocity microphone ruled the airwaves.

Fast forward to the present day. Thanks to space age advancements in material design, highly sensitive ribbon mics have made a comeback, emerging from the broadcasting applications that made them so popular back in the day to studios and stages around the world. Here's what you need to know.

Back in the Day

In the early 1920s, German physicist Walter Schottky and inventor Erwin Gerlach co-invented the technology that made the ribbon microphone possible. Considered by many the warmest sounding microphone, ribbon mics were adopted by the broadcast and recording industries.

The first commercially produced ribbon microphones appeared in the early 1930s. Back then, RCA was the market leader with a pipeline into the broadcast market that was fortified by a substantial advertising budget. Western Electric was the only other manufacturer to compete successfully with RCA, but their one ribbon microphone targeted just the motion picture industry.

Shure entered the ribbon microphone field with the introduction of the Shure Model 300 Microphone in 1952 and in 1954, the 333 Microphone. It was targeted at radio, television, recording, live performance and house of worship applications.

Even so, ribbon microphones often are associated with "The Golden Age of Radio". And when you think about it, it makes a lot of sense. Performers on the live radio programs of the 30s and 40s could stand on either side of a bi-directional ribbon mic and be heard equally well.

The popularity of other types of dynamic microphones signaled a decline in market demand for ribbon mics generally, and Shure ceased production in the 1980s. Other, smaller companies continued to produce ribbon mics. In 2009, Shure acquired Crowley and Tripp's El Diablo and Naked Eye ribbon mics and re-entered the field.

The Myth of "Old Technology"

It's true that ribbon microphone technology, which also produced ribbon loudspeaker technology, was developed almost 90 years ago, but the same is true of traditional dynamic and condenser microphones. It's a contemporary of those technologies.

Ribbon mics are dynamic microphones because they feature moving conductors. A ribbon microphone operates under the same principle as the dynamic mics. There's a magnetic gap and a conductive material that's moving within that gap.

In commercial terms, the relative success of the dynamic and condenser mics we know today is a result of the fragility of ribbon mics. They just weren't as durable.

Ribbon mics are found most often in the controlled environments of recording studios. They're well suited for speech, guitar amps, brass, woodwinds and secondarily, vocals and drum overheads. These are the traditional applications for ribbon mics, but you'll find them on stage as well.

A ribbon mic works well for any sound source that has a harsh frequency—a snarl, bleat or something in the "nasally" range. It has a very mellowing quality on sound sources that tend to sound harsh.

The Evil Twins: Breaking and Bending

How fragile were the ribbon mics of days past? Very. Here were two common pitfalls.

Breaking: Traditional ribbon microphones will break if presented with an air blast or a dramatic, immediate change in air pressure. The tension has to be exactly right for it to maintain the right output level and frequency response.

For instance, a traditional ribbon mic would never be placed inside a kick drum. The combination of an enclosed space and low frequency is lethal to most ribbon mics. (Because the Shure ribbon mics use a different ribbon material, they are not as susceptible to this calamity.)

Bending: The ribbon material can stretch over years of use. Non-use (for instance, storing the microphone on its side allowing the ribbon to sag) or prolonged use can cause this to happen. The result will be a different frequency response and a different output level. (And again, the Roswellite™ ribbons in the Shure mics have shape-memory, which mitigates this potential problem).

When new nanomaterial ribbon elements were introduced in 2007, ribbon microphones began to shed their fragile image. Their popularity increased, particularly in recording applications, when engineers were able to take advantage of their super ultra-unique sound quality.

Ribbon microphones also are used to counteract the problems associated with digitally recorded music. Digital is very linear, which tends to sound sterile. Artists and engineers often look to transducer types to impart some warmth into their digital recordings.

* The sound quality is natural and very, very pleasing. It's a characteristic that just can't be duplicated with any other type of microphone.

** Advances in ribbon material have made some microphones (including KSM313 and KSM 353) more durable, but they're still ribbon microphones. They should be treated with the kind of care afforded a $1300 mic.

*** Traditional ribbon mics have a relatively low output level and require a very quiet mic pre-amp that could offer enough clean gain to bring the level up.

The Shure KSM313 and KSM353 microphones use Roswellite ™ ribbon material, so neither is as fragile as traditional ribbon mics. Additionally, they've been engineered to match the output levels of the Shure workhorse SM57 and SM58 models.

The KSM353 has a uniform, symmetrical frequency response. The front and back of the microphone are exactly the same. That's important because the KSM353 is more pure — particularly useful for stereo miking applications.

It has a rising frequency response – a high frequency sensitivity beyond what is normal for a ribbon microphone. That gives it a degree of clarity that's similar to a condenser microphone (you get that last octave) while still maintaining that round, velvety warm tone that's so characteristic of ribbon mics.

What's so great about ribbon microphones? They make the warmest, mellowest, roundest, most pleasing sound you can imagine.

Listen for yourself at Shure's Mic Listening Lab.