MOTIV Live: Getting into Le Trouble in Berlin

Check out the Shure series focused on live recordings with MOTIV microphones. For this episode, we captured indie rockers Le Trouble on stage in Berlin.

For this episode, we caught up with the Montreal-based band Le Trouble at FluxBau, the station's cozy little riverside venue in the heart of Berlin. The French-Canadian indie rockers put on a lively show despite coming straight from the airport. Hear them shake off the transatlantic jet lag below! 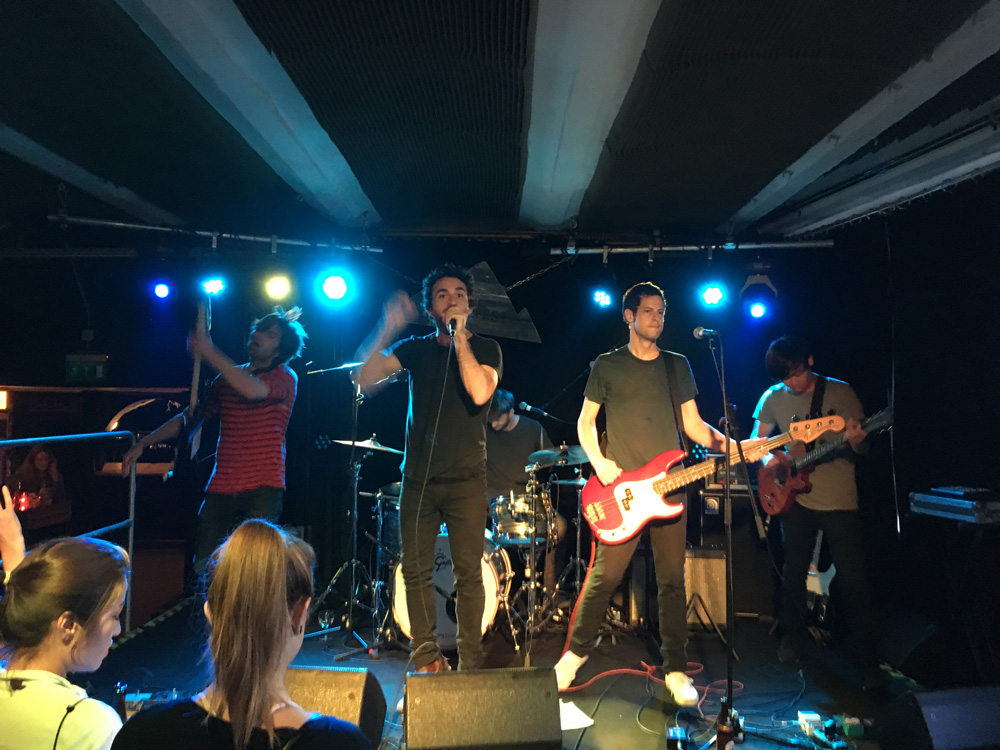 Le Trouble formed after its members met while making music for an ad agency. Seeking a creative counterbalance to their commercial work, the band came together for fun rather than by design. That comes through in their up-tempo tunes blending jangly guitars and cathartic lyrics from Australian frontman Michael Mooney. There's no missing the singer's energy live. In Berlin, he even leapt from the stage to help get the crowd fired up on a rainy evening. Check out Le Trouble's debut full-length album "Making Matters Worse" for more.

Each week, FluxFM hosts up-and-coming bands at its club FluxBau. If you happen to be in Berlin on a Wednesday night and want to discover new music, swing by – there's no cover! Plus, you're guaranteed great waterfront views directly on the city's Spree River. But, even if you can't make it in person, you can still download the FluxMusic app to listen to several different channels of great independent music.

This concert was recorded live using the MV88 iOS digital stereo condenser microphone and an iPhone SE with the ShurePlus MOTIV mobile recording app. Tightening the MV88's stereo angle ever so slightly, we used the "Loud" setting to help cut the volume of a rock band in a smaller venue. This also automatically applied a touch of compression and limiter. After that, it simply required adjusting the gain to fit the band's high-energy performance.