All About Wireless: Intermodulation Distortion 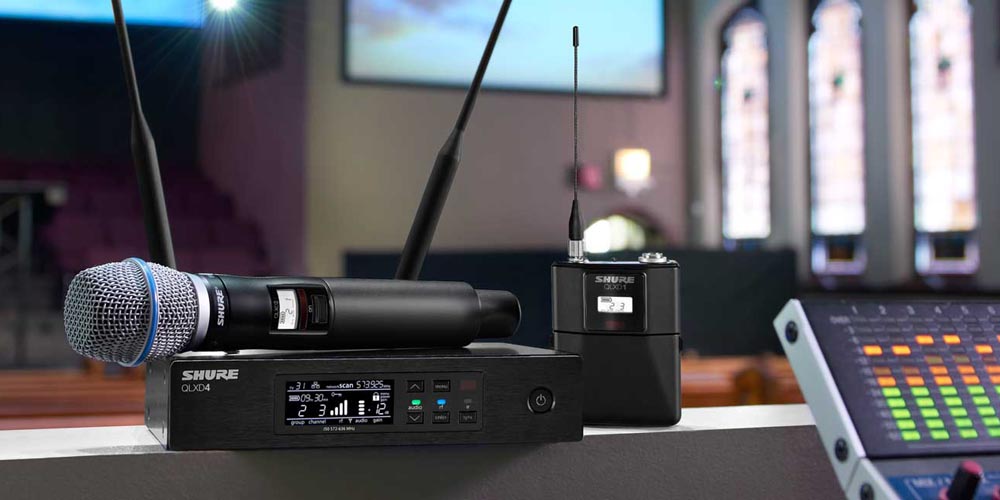 Welcome to the ninth installment of All About Wireless. In this issue, we will focus on the generation and impact of intermodulation products.

Non-linear circuits, included in both the output stages of transmitters and the input stages of receivers, are essential to the design of RF components. If multiple frequencies enter the non-linear circuity at the transmitter output or receiver input stage, or if RF amplifiers are overdriven into non-linear operation, additional products of the input frequencies are generated. These additional frequencies are called intermodulation (IM) products. The interference they caused is referred to as Intermodulation Distortion (IMD).

How Does Intermodulation Happen?

Of the twenty IM products listed in the table above, only the four shown in red fall close enough to the carrier frequencies to potentially cause IMD. All other IM products fall outside the bandwidth in which additional wireless microphone or IEM systems are likely to be used, so they can be ignored. Additional orders of IM products are generated beyond the 5th order, but the power levels of such products are typically low enough so as not to cause IMD, even if they do fall in-band, so they too are usually ignored.

The graphic above depicts the most common case of Intermodulation. The 2 carrier frequencies may generate 3rdorder IM products at (2 x f1) – f2 and (2 x f2) – f1. In this example, for carrier frequencies of 590MHz and 595MHz, IM products may be generated at 585MHz and 600MHz. If another wireless microphone or IEM system was set to operate at 585MHz or 600MHz, it would be at risk of experiencing IMD.

The graphic above depicts the second most common case of Intermodulation. Three transmitters used simultaneously may generate six in-band 3rd order and three in-band 5th order IM products. In this case, 9 frequencies surrounding the original 3 carrier frequencies may be occupied by IM products. To avoid potential IMD problems, most manufacturers recommend a minimum margin of 250kHz between any 3rd order IM product and any tuned carrier frequency.

In terms of managing Intermodulation in a practical sense, the most important thing is to understand that the tuned carrier frequencies may not be the only frequency generated in the system. It's not possible to mentally calculate the frequencies at which IM products may occur in systems consisting of more than two or three transmitters. There are, however, a few easy ways in which a compatible frequency set may be coordinated.

The group channel matrix included in all Shure wireless systems is intended to deliver a pre-configured compatible frequency set, taking all potential in-band 3rdand 5th IM products into account.  If coordinating a system using this approach, it is important to remember that the group channel matrix assumes a clean spectrum. For this reason, Shure receivers are also capable of performing spectrum scans to identify existing RF signals that may interfere with certain frequencies in the group channel matrix. Matrix frequencies identified as being at risk of experiencing interference are automatically avoided.

The group channel matrix approach is suitable for coordinating low channel counts in entry and mid-level systems. For professional systems with high channel counts, use of a software tool like the Shure Wireless Workbench 6 is a more effective approach. Frequency coordination, spectrum management and system monitoring in Wireless Workbench 6 will be the subject of an article later.

Next month, we will examine some key differences between analog and digital wireless microphone systems. We will compare bandwidth requirements and the impact of noise in each system.