A Day in the Life of a Vlogger 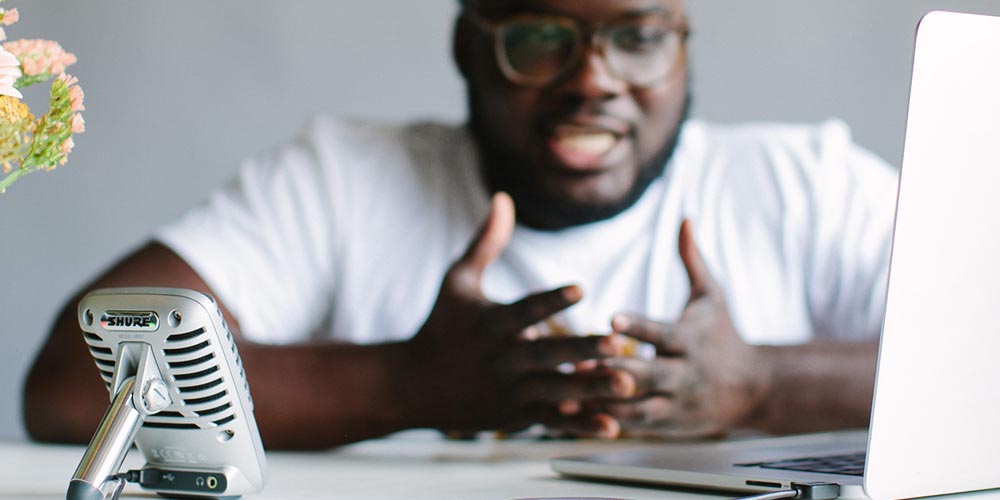 First there was YouTube. Then, Apple introduced the iPhone. That combination, just 10 years or so later, completely changed the way we view video. Today, more than half of YouTube's 30 million daily visitors view videos on mobile devices. Feeding that appetite for fresh content has made YouTube stars of people whose names aren't very familiar (Sparkle Spice, Jake Paul, ToyScouter) and opened the door for others determined to do the same. Call them YouTubers or Vloggers (for video bloggers), they are contributors to a growing number of video sharing sites. Glen Henry, the force behind the YouTube channel Beleaf in Fatherhood, is one of them.

Let's just say that Glen's spouse provided the inspiration for Glen's early video explorations. He'd had some success as a rapper/producer in the San Diego area, but the lifestyle of a hip-hop artist wasn't compatible with raising a family. "The music lifestyle didn't really support that.  I was getting tired of the grind – you put out music, you tour the music, you come back home – and it's a never-ending cycle." As hands-on husband and father, it was getting harder for Glen to want to leave home.

Storytelling came naturally to Glen. That's what he was doing in his raps, so he decided to shoot a couple of videos with the kids (two by now) and post them on Instagram. "There's a myth" Glen says "that Black fathers aren't around for their families."  The core message of Beleaf in Fatherhood resets that narrative. "I want young people to know that they can transcend their experience and that family can be the beginning of a new legacy." The second episode went viral when it was reposted on Reddit. Beleaf in Fatherhood was born in 2015 when the video reached 100,000 views.

Every Day a Shooting Day

Since the entire cast and crew includes Glen, his wife Yvette and three kids under five, the story line (many of them in the moment) can range from "Sharing Birthday Presents" to "Fatherhood Tea Party" and "Sick Days". Every day in the Henry household is an opportunity for a 5-7 minutes video so the shooting schedule has to accommodate the waking, eating and napping requirements of an infant, a two-year old, a four-year old and the stay-at-home dad who is trying to keep things together.

Since he's capturing real life, he describes his typical day as the life of any parent with three young children. There isn't a script. One example: "The first couple of weeks in April, I planned to vlog every day. On one of those days, our car got stolen. Even then, I started recording. I recorded the volunteer sheriff coming to our house and later on, I wrote a diss track about the guy who stole our car. I edited the audio and video and put it out that night. All in the space of about 12 hours."

Glen does most of the video editing as he shoots. "The final editing can take anywhere from two to nine hours so it's best to edit as I go. If I've recorded something in the morning, I'll organize it to my hard drive and then import it in Final Cut Pro while the kids are eating lunch." As things happen, the story unfolds. Most of Glen's vlogs include music and graphics. "Post production," he says, "is the most time-consuming part."

While there's plenty of room for improvisation, a loose structure has evolved over the last two years:

The typical Beleaf in Fatherhood video is 7 minutes long.

What Glen had back in 2015 was passion for his Beleaf in Fatherhood concept. What he didn't have was experience shooting video and a professional rig, so he improvised with a combination of discarded iPhones, a MacBook Pro, a GoPro camera and Final Cut Pro software. "If we were shooting in the car, I'd stick iPhones facing backwards in between the front seats and the headrests to record both kids. Then I put a GoPro on the dashboard of the car to record the rest of the car."  Somewhere about Episode 100, Glen invested in a Sony RX100 point-and-shoot camera. It was, he said, a "big step up from the iPhones' 8-megapixel cameras."

"Eyes lie, but the ears don't" according to any who's tried to please an audience accustomed to great sound, so while Glen's videographic skills were evolving, the quality of the audio he was capturing on the iPhones' tiny omnidirectional mics left a lot to be desired. Viewers noticed. "When I'd meet people in person, they'd tell me, 'I love your stuff, but your audio sucks'."  It was time to find a better solution. That's when Glen discovered MOTIV MV88 and MV51 iOS condenser microphones.

"The MV51 has replaced the complicated setup I used with my studio mic and the MV88 is perfect for location shoots. I can point that mic in the right direction, set the pickup pattern and get everything I want."

Let's look at the past and present:

At Home or On Location

How do Beleaf in Fatherhood episodes sound now? Check it out for yourself:

With 45,000 subscribers and over 200 YouTube episodes that attract more than 15,000 views every time an episode is uploaded, Glen has found a niche with a lot of potential. "The proof is engagement", he says. "The comments I receive from viewers are the real measure of success." So far, the feedback he receives outperforms channels with 25 times as many subscribers and that's the metric that attracts sponsors. And that's the current mission.

"What I've learned," Glen said, "is that content really is king. It's the story that attracts and keeps an audience. But having the right tools matters, too. Hearing the message is just as important as seeing it. "

How to connect with Beleaf in Fatherhood: