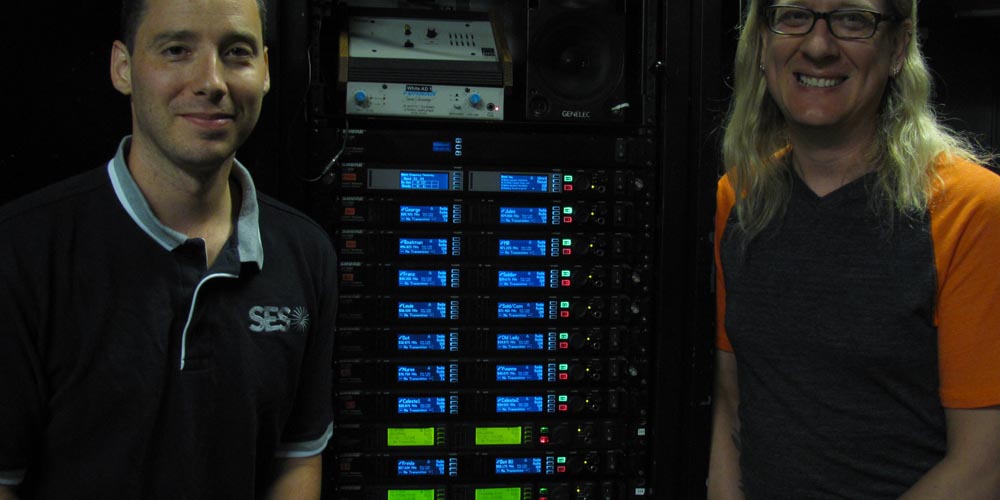 With three venues under one roof in downtown Minneapolis, Guthrie Theatre stages large-scale classic and contemporary theatrical productions in a challenging RF environment

The Guthrie Theater is a mainstay of the Minneapolis theater community, staging classic and contemporary productions to the highest professional standards in its performance spaces. Master Sound Technicians Paul Estby and Alex Ritter handle audio system design and operation, relying on a Shure wireless infrastructure to navigate the challenging conditions of having two stages operating back-to-back in the same building amid the RF-intensive environment of downtown broadcast television towers.

The theater evaluated 16 channels of Shure Axient Digital wireless during productions of South Pacific and The Parchman Hour, integrating the systems with their existing antenna system, Axient Spectrum Manager, and Wireless Workbench. Paul Estby reports that the systems offer a significant upgrade in performance while integrating easily with the theater’s existing systems.

For the 10-week run of South Pacific, Axient Digital was integrated with the theater’s existing 12-channel Axient analog systems with Spectrum Manager and ShowLink backchannel access points. The production also utilized eight channels of Shure UHF-R. The Guthrie relies on Spectrum Manager and Shure Wireless Workbench for frequency coordination and RF monitoring, and Paul Estby reports that Axient Digital integrated seamlessly into their system, requiring only a simple firmware update to their Spectrum Manager hardware.

“It’s clear that Axient Digital was designed with efficiency in mind,” says Estby. “The digital architecture let us pack more channels into the available spectrum, and all coordination and monitoring activities in Workbench and Spectrum Manager worked perfectly. We also love the quad receiver with four channels in a single rack space.”

Additional challenges included a very active cast with minimal offstage time, a shower scene that drenched one performer with water, and the challenge of having dressing rooms located one floor beneath the performance stage.

“Axient Digital was a rock solid performer for us,” says Estby. “We had zero hardware failures through the course of both show runs, and we were very happy with both the sonic and RF performance of the system. The fact that it’s fully compatible with our existing Axient ShowLink system shows how much thought went into the design. We’re very excited about the advanced ADX transmitters, especially the micro bodypack, which is ideal for theatrical applications. We will definitely be adding Axient Digital to our product mix when those units are ready to ship.”