Top 10 Audio Hacks, From You To Us 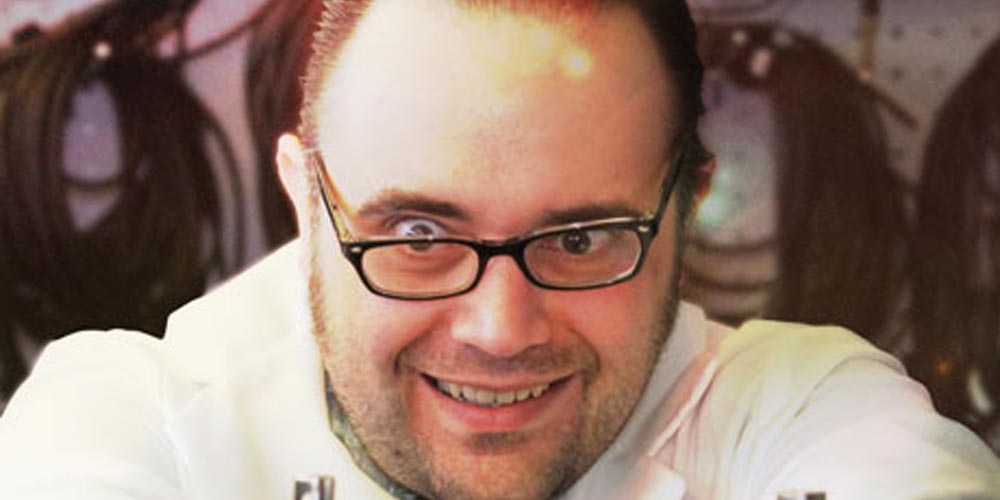 Recently, we invited you to share your favorite audio hacks / MacGyvers / jury-rigs / tips / moments of brilliance...and share, you did.

It wasn't easy, but our in-house audio genius team managed to choose 10 winners from among all the entries to our Your Best Audio Hack Competition. Winners were chosen based on the following criteria: Does the hack work? Is it original? And is it repeatable? If the answer to all three was a resounding, "Eureka! YES!" then said hack entered the winners' circle.

In no particular order, below are the 10 winning entries. Have you tried any of them before? What was your experience?

Any reasonably thick (1" plus), reasonably sized (14" x 16") closed-cell foam packing material can be deftly utilized to create a far more "immediate" sound from your condenser microphone, such as a Shure KSM32, KSM42 or KSM44A, by simply cutting a four-inch slit into the center of the long dimension, and sliding it over the mic clip BEHIND the microphone capsule area. Coat hanger wire can be inserted if you want a custom curve ability. Works predictably and equals manufactured items designed for the same purpose.  – Peter Bruce Wilder

After several SM57s were broken by drummers over the years, I found a solution to the problem. Looking through my sometime-I-may-need-this pile, I came across the corner edge guard used to protect wallpaper. Cutting a piece three inches long and cutting one end to a point, I placed it over the business end of the SM57 and simply gaff-taped it to the microphone. It has been in use for over three years as a snare mic, and no breaks. Added plus: it helps isolate the snare mic from the hi-hat.  – Mike Smith

Growing up needing a microphone, I would take an old set of headphones and plug them into the mic jack. One of them would always pick up my voice well enough to sing through until I could save enough for a real mic.  – Joshua Savage

Using a TRS plug, a 10K Ohm resistor, 2 red LEDs, and some wire, make the circuit as shown above. Plug this into the insert of a channel used for the kick drum. Place the LEDs so you can see them. This acts as a soft clipper for the kick. It's great because you are able to use channel EQ after clipping.  – David Hilderman

You can test the signal from any male XLR line or mic level output simply by touching the tip of a standard 1/8" (3.5 mm) headphone jack to the middle and any other pin! Super-handy for checking boards and mult boxes!  – Andrew Logan

Put a pair of headphones (Shure, of course) over the body of an acoustic guitar, as if the area near the bridge were your head. Let the padded cups rest on the soundboard and the back. Then, plug the headphones into your favorite tuner. Pluck a note, and the tuner lights up! Genius! The headphones are acting like a microphone and picking up the vibrations of the guitar. Now the drummer and bass player can still yack it up, talking loudly about the latest nonsense they've seen on YouTube, and you can go about tuning in peace.  – David Cole

Desperate for a speaker cable because yours is busted? Take an old extension cord and solder the old cable's connectors to it. Fully capable of withstanding your high-powered speaker signal!  – Aaron Scott Cronon

If you need to mic a grand piano and have limited supplies, an SM58 will work excellently.


This will give you a nice balance of highs and lows and is excellent in emergency situations when the proper microphone is not available.  – Marcel Graham

Hack #9: How Not To Burn Yourself Making Cables

Probably the handiest trick I ever learned was this: When making custom cables (or fixing broken ones), instead of trying to clamp the connecters in a vice, or clumsily hold them in your fingers (inevitably burning your digits on the soldering iron), an old di box works wonders to hold your connectors in place. Most di boxes will have jacks to hold your 1/4" and XLR plugs stable, and in a workable position, leaving both your hands free to work with the cable and soldering iron, not to mention out of harm's way from the soldering tip and molten metal. Disclaimer: There's not usually much inside a di box to damage, but use an old or cheap one, just in case!  – Andrew Stockley

If I'm in need of a omnidirectional mic, for a quick fix, I tape off the rejection area around the sides of an SM57, and I'm good to go. This had helped more times than I can count.  – Scott Kuhn