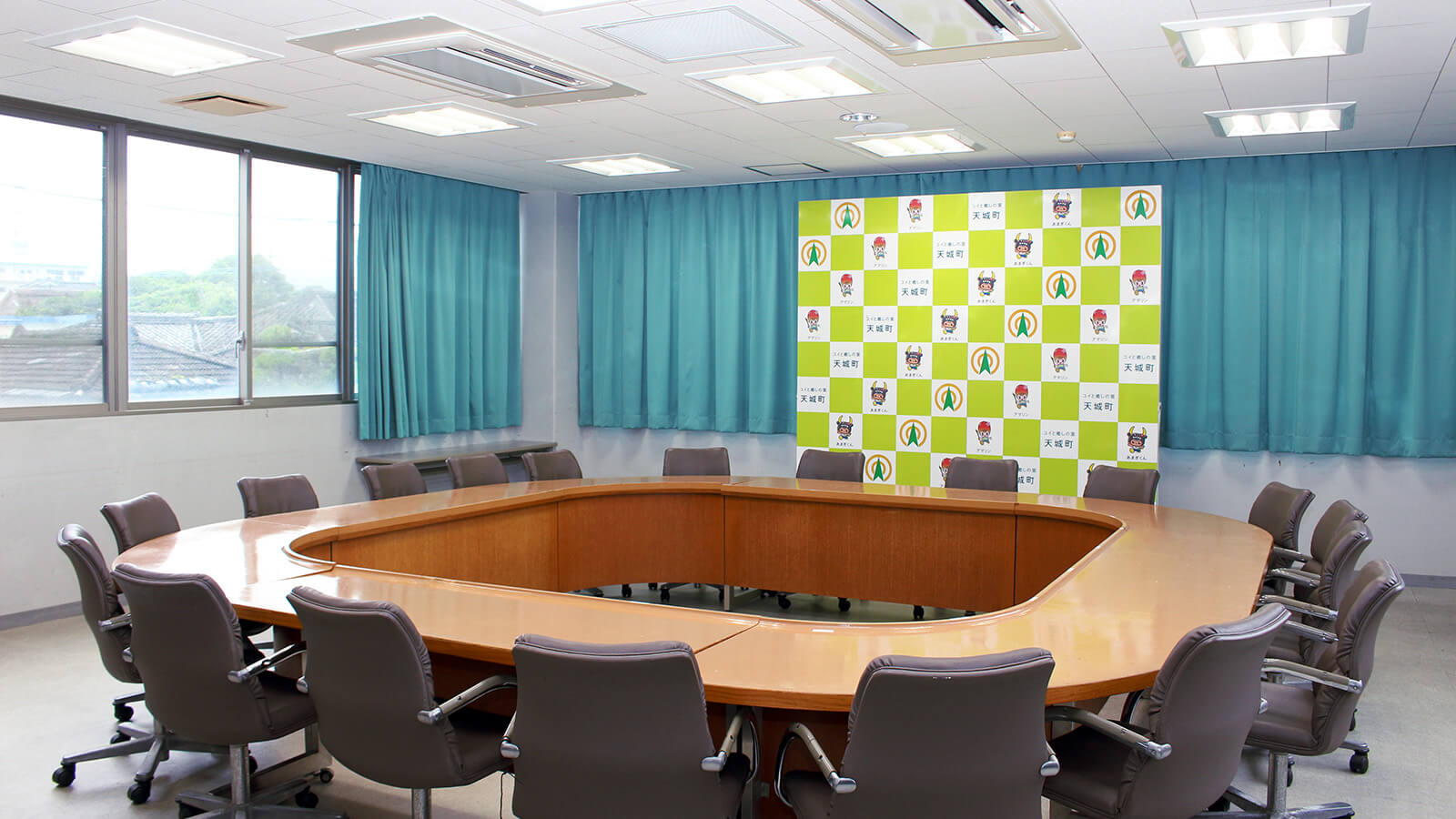 Amagi is a town on Tokunoshima (Kagoshima Prefecture), one of the Amami Islands sandwiched between Kagoshima and Okinawa in Japan. The town’s economy is based on sugar cane, beef, and seasonal tourism. In July 2021, UNESCO registered Tokunoshima as a World Natural Heritage Site.

In the past, municipal officials usually traveled to Kagoshima to attend meetings with the prefectural office. In recent years, local governments have increasingly been using web conferencing to avoid traveling, which has led to an increase in communication and more frequent meetings between administrative offices.

At Amagi Town Hall, a large council chamber and seven meeting rooms are used to hold meetings. The only existing conferencing equipment was an all-in-one device with a built-in camera and mic not adequate for the size and acoustics of the rooms.

Mic performance was the primary issue. The device could only pick up a few talkers, listeners were not able to understand speakers further away or didn’t know who was speaking due to the audio sounding different than the actual voices.

For ordinary, in-person meetings, complexity of setup was another major issue. The person in charge of the equipment would often begin setup a week ahead of the scheduled meeting, having to line up analog mics on each table, run cables, check connections, and repeatedly test if sound was coming through and audio being recorded properly for transcription. Careful preparation was needed for each meeting, which required a lot of time and effort.

For other meeting rooms, two portable audio carts were put together. Each includes an MXA710 Linear Array Microphone with a microphone stand, an IntelliMix P300 DSP, an amplifier, and a speaker. The carts can be moved from room to room as needed. For setup, the user just has to place the MXA710 on the stand and connect a few cables. The stand is placed in the center of the room.

The MXA910 installed in the large council chamber was placed right between two air conditioners which initially caused concerns about excessive noise. However, P300 effectively manages this and ensures noise-free and clear audio. The ceiling-mounted solution now also allows meeting attendees to speak freely, they don’t have to think about facing the microphone and can just concentrate on the discussion.

The council chamber is now also better suited for its auxiliary purpose as a disaster response headquarter. The island of Tokunoshima is easily affected by typhoons. In such times, officials can quickly convene at the chamber to issue instructions to the disaster prevention center and affected areas, confirm the status of evacuation sites and so on.

In the standard meeting rooms, the moveable audio cart with MXA710 has significantly improved voice pick-up performance. Even quiet talkers or people speaking in the corner of the room are clearly captured, which promotes a stress-free environment for web conferencing. In addition, the audio system can be ready in no time, which greatly reduces setup effort and enables users to take swift action in case of urgent conferences.

Notably, Shure products have improved the web conferencing experience despite of weak internet connection prevalent on Japan’s outlying islands. Town Hall officials have commented that they are rarely asked to repeat themselves in meetings and now feel confident that they’re being heard clearly.

As a municipal office with limited budget, product quality and related maintenance service costs were one more consideration in the purchase of this new solution. The tested and proven durability of Shure products, however, eased these concerns and assured officials in their choice of equipment.

The sound quality is better. People don't get cut off, and noise doesn't get picked up. Voices sound natural and it’s clear who is talking, even in large meetings with many people. And compared to the setup work before, it now feels like zero effort.