The History of Ribbon Microphones and Artifacts from the Shure Archives 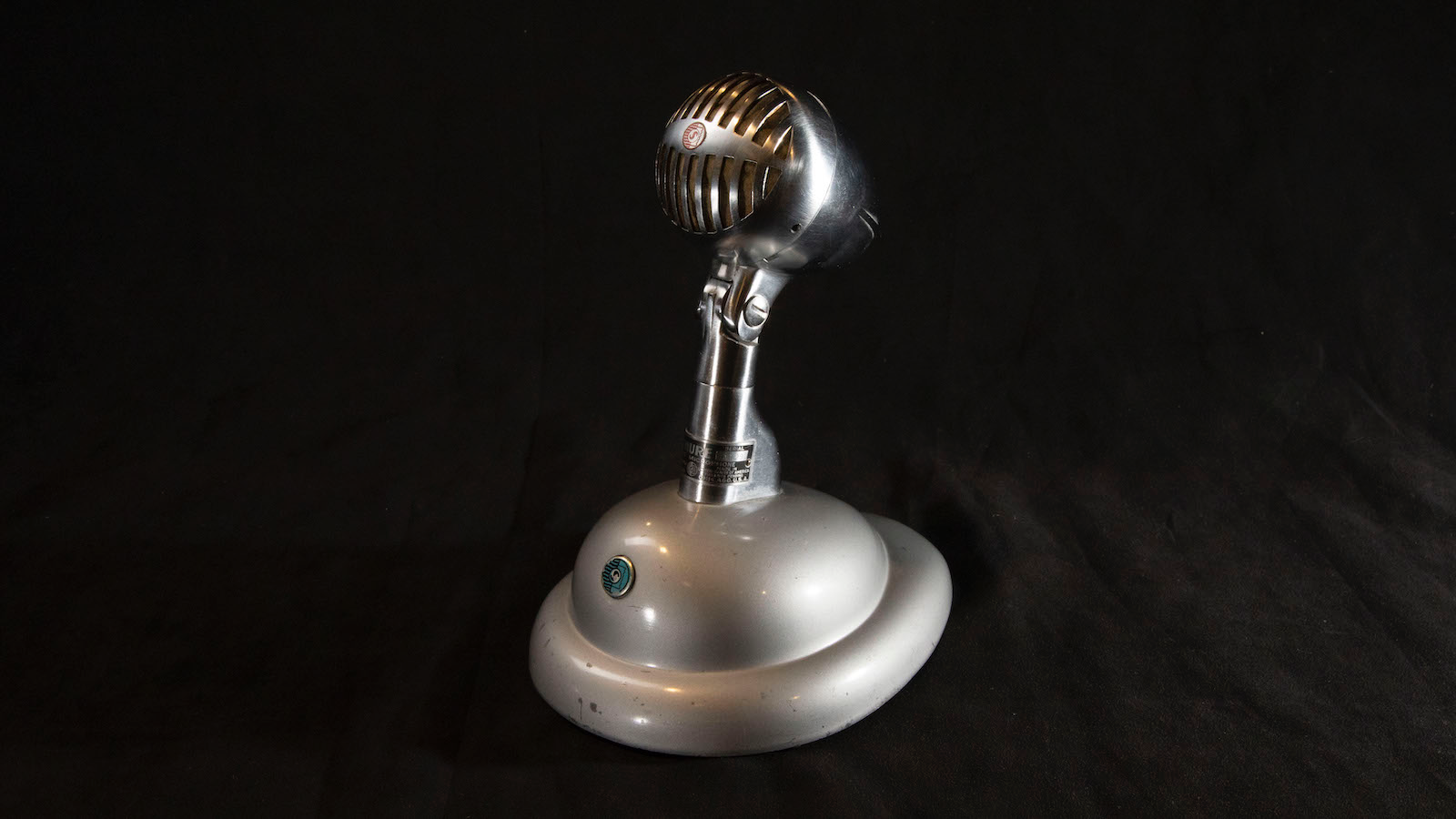 There are thousands of treasures to choose from in the Shure archives and each has its own story. In this installment, Shure resident historian MICHAEL PETTERSEN discusses ribbon microphones and a secret hidden inside a Rocket.

In the early 1920s, German physicist Walter Schottky and inventor Erwin Gerlach pioneered technology that made ribbon microphones possible. Considered by many the warmest sounding microphones available, ribbons were primarily adopted by the broadcast and recording industries.

The first commercially produced ribbon microphones appeared in the early 1930s. Back then, RCA was the broadcast market leader with a pipeline into the market that was fortified by a substantial advertising budget. Western Electric was another manufacturer to compete successfully with RCA, but their ribbon microphones targeted the motion picture industry.

All microphone cartridges – regardless of type – are transducers that convert sound waves into electrical energy. To understand how ribbon microphones work, here is an excerpt from “Microphones Explained for Beginners”, an article that appeared in the August 1938 issue of Radio-Craft magazine:

“The ribbon microphone is so named because the armature is a light corrugated ribbon of aluminum alloy. The aluminum ribbon is suspended in the field of a permanent magnet and when sound waves strike the ribbon, it vibrates, cutting the magnetic lines of force. Whenever a moving conductor cuts lines of magnetic force, a voltage is induced in the conductor.”

Bi-directional by nature, a ribbon transducer can also be the element in an omnidirectional, cardioid, or super-cardioid microphone.

In 1942, Shure ended production of these mics in response to the urgent demand for military microphones in WWII, and didn’t re-enter the ribbon market until the Model 300 and Model 315, described at the time as "velocity mics," appeared in the 1952 catalog. Over time, the wide acceptance of condenser and dynamic microphone in recording and broadcast applications decreased market demand for ribbon microphones. Shure exited the market in 1984.

In 2009, renewed interest in ribbon technology led to the introduction of Roswellite®, a patented, robust, nano-enabled material. Shure engineers used it to design the KSM313/NE and KSM353/ED microphones, ribbons nearly as durable as a hardy SM58. After a quarter of a century, Shure was back in the ribbon mic business.

I had long believed the first Shure ribbon microphones were the Model 300 and Model 315 mics introduced in the early 1950s. Had it not been for a generous donation of a Model 50 to the Shure archives, I’d probably still think so.

After unpacking the Model 50 and carefully removing the grille, I expected to find an aluminum-domed diaphragm similar to Shure Unidyne mics of that era. I was stunned to see a thin aluminum ribbon. I rushed to consult the 1939 Model 50 User Guide. It read, “The Model 50 Series is a pressure dynamic microphone with wide-range frequency response and typical semi-directional pickup characteristics. The microphone operates on the principle of a moving conductor in a magnetic field.”

The voice coil in a dynamic mic is a moving conductor in a magnetic field, I reasoned, so the same can be said for the ribbon in a ribbon mic. But how odd the word “ribbon” was avoided in both the User Guide and the 1939 catalog description. "Moving conductor" is the proxy.

I then checked the Model 5 User Guide as it was also described as a moving conductor. The technical specifications were identical to the Model 50. So, the Model 50 and the Model 5 employed the same mic element, and were, in fact, the first Shure ribbon microphones.

Why did Shure shun the “ribbon microphone” description? I consulted 1930s technical literature about microphones and the answer became apparent.  While ribbon mics of the period were praised for their sonic qualities, they were criticized for their fragility. “Handle with great care.” “Keep away from iron filings.” “Store in a lint-free bag when not in use.” “Do not drop the unit.” In short, ribbon mics were prima donnas.

In Shure literature from 1939, our microphones were described as rugged, shockproof, unaffected by most heat and humidity, and requiring no special precautions beyond ordinary care. Shure mics were hardy oaks, not delicate flowers.

Using the word "ribbon" demanded extensive explanation of why our ribbon mics were not the same as other ribbon mics. Shure avoided this pitfall by replacing "ribbon" with "moving conductor." The practice continued into the 1950s when ribbon Model 313 and Model 353 were described as velocity mics. Though this is only a hypothesis, I cannot think of another logical explanation.