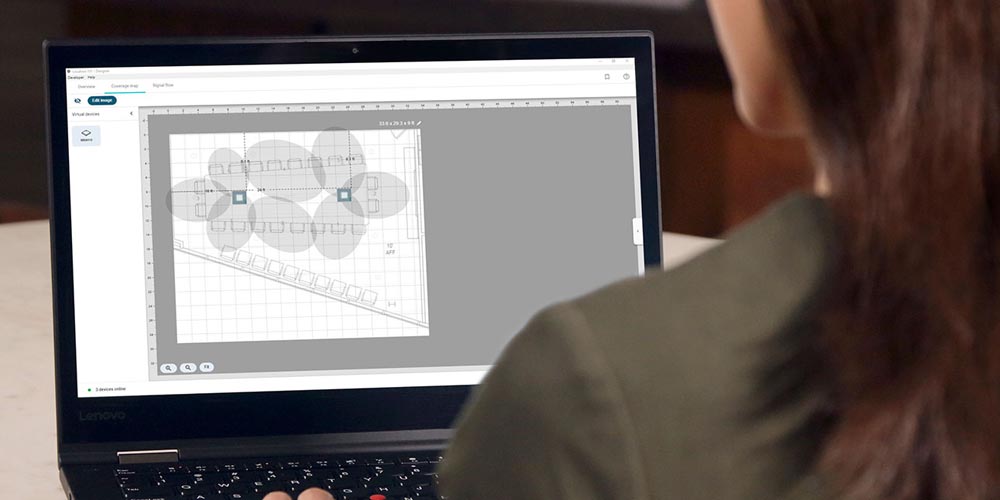 When installing an Microflex Advance MXA910 Ceiling Array Microphone, there are a number of best practices to follow for optimal performance. Many of these guidelines involve ensuring the lobes are correctly positioned and operating at the optimum level.

Still, there is a tendency to automatically deploy all eight lobes, even if it isn't required for the room. In fact, using fewer lobes can have several advantages in certain room configurations.

First, it is desirable to have some overlap between lobes to compensate for people shifting or moving in their chairs. This will ensure there is a smooth transition between lobes. As a general rule, aim for the minimum overlap approach, similar to 70v distributed loudspeaker system setups. Targeting lobes where you need them and minimizing their diameter should also reduce ambient noise. Lobe width settings (narrow, medium and wide) for each channel make it possible to capture individual or multiple talkers on different channels.

Second, fewer lobes means the automixer has to do less work. Automixing keeps the number of open mics to a minimum, but constantly switching between lobes activates the automixer more frequently. However, if you can cover multiple seats with a single lobe, it won't be necessary to switch automix channels as often.

Remember, sound pickup doesn't just stop outside of the blue circle shown in the control software, it is simply most sensitive within this area. Participants will still be able to hear what's said if they fall slightly outside of this area.

When putting together an MXA910 microphone system, the first step should always be to use Shure Designer System Configuration Software. This enables integrators to create projects with multiple MXA910 Ceiling Arrays positioned over an imported room layout diagram before they are on-site. Designer allows you to see how many lobes are needed to cover a room and configure it ahead of time before simply uploading the file and fine-tuning once at the location.


If you don't use Designer or if you get to the site and the lobe doesn't sound right, all is not lost. Auto Position is a useful tool for live configuring in the field, as it helps to aim the lobe to the center of the desired area.

While both these tools are huge time savers and a great starting point, no matter how much preparation you've done beforehand, it is imperative that you listen to the MXA910 microphone on-site using the right monitoring equipment – a pair of headphones and a Dante-to-headphone interface. Using headphones makes it possible to verify aiming by listening to talkers inside and outside of the lobes and adjust as needed. This will enable you to accurately determine the correct number of lobes for the space.

Once you're happy that everything sounds as it should, call another room, or even multiple rooms. This tests the full signal chain – DSP, connectivity, etc. – not just the mic. Missing this step can lead to overlobing as well as making it more difficult to troubleshoot, should an issue occur. For example, if the mic sounds correct when you test it using headphones but not when you call another room, you know the problem lies elsewhere.

Also, don't forget the importance of the processor; the right one can help to avoid a multitude of problems. The Shure IntelliMix P300 Audio Conferencing Processor has been designed specifically to work with MXA microphones, making it a simple and effective way to consistently get the best sound quality from your system.

If you fail to follow these steps, overlobing is a distinct possibility, but how serious a problem is it? Adding or subtracting one more lobe than is optimum isn't a disaster, but overlobing can cause a number of issues that will negatively affect the quality of the audio. For example, using too many lobes for a particular room layout can hurt the direct-to-ambient ratio as lobes will be directed at areas such as walls, floors and tables rather than at the spots where talkers are located. This means the system will pick up more ambient noise in the room.

When it comes to optimum lobe width, a rough guide would be approximately two chairs. But this, of course, depends on the environment. Remember, each lobe can pick up many talkers; there is no specific requirement that you should only have one talker per lobe. If the room is acoustically difficult, you'll be forced to go with smaller, tighter lobes because of the reflective surfaces. In an acoustically well-behaved space, you may be able to increase the lobe width to three or even four chairs. In rooms designed with acoustics in mind, such as classrooms, five or six chairs is even possible.

Taking time to ensure the system is correctly designed and, most importantly, listening to how it sounds on-site will have a huge impact on the final performance, so always factor this in to your installations. And remember, pre-loaded templates are merely a starting point, further adjustment will be needed on site. Lobes can pick up multiple talkers, so use the fewest possible number to cover the desired area and delete any unused lobes for the optimum direct-to-ambient ratio.

By following these guidelines, the MXA910 will provide even and consistent coverage throughout the entire desired pickup area. And once you have it figured out, it's easily replicated across multiple offices and locations.

Visit these links for further help on getting the best performance from the MXA910 Ceiling Array Microphone: 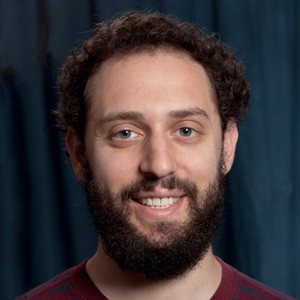 Rob is a Product Manager for Shure, with a key role in the team responsible for bringing Microflex® Advance™ to the world. In his tenure with Shure, Rob has worked on numerous microphone and signal processing products. He is also an avid percussionist.