Till Death Do Us Part: Frank Carter’s Inked Tribute to the SM58

Carter has always been devoted to music and tattoos. He even worked as a professional tattoo artist before hitting the big time as the frontman for hardcore outfits including Gallows, Pure Love and the Rattlesnakes. So it comes as little surprise that he would eventually combine his two passions.

Beginning just below his left knee, his SM58 tattoo features a pair of praying hands cupping the unmistakable mic while floating above the motto “Only Death Is Shure”. We caught up with Carter to find out the story behind the ink.

LOUDER: You talk through your tattoo’s design in the video, but what actually made you decide to get the SM58 inked on your leg?

Frank Carter: I used them every day when I was on tour with my former band, Gallows. I remember constantly being handed different mics as, in the early days, we didn’t have much of a tech spec. No matter what I was given I’d always unplug it and plug in my own SM58. Mine just sounded better. The artist who did the tattoo was the legendary, Juan Puente. I think he’s in Portland now. But at the time, he was tattooing in London and I swung by after I just got back from tour to pay allegiance to the mic forever!

What is it you love most about the SM58?

For me, it’s the history of the microphone. Every legendary artist has used the SM58 at some point in their career. It’s the most ergonomic microphone I have ever held. It’s an icon, obviously, but there’s something about the way it feels when you hold it. One minute it’s a vessel for drawing beauty into the world, the next minute it’s a weapon capable of deadly force.

When was the first time you used one?

I was in bands when I was younger, and we used to practice at a local arts center. When we couldn’t get on any gigs, we decided to put on our own shows in the hall. I remember in our last rehearsal before the gig, the microphone at the hall broke and so I went to my local music store and bought a brand new SM58. It was £55 and I remember thinking that was the most money I had ever spent, ha!

What is your best memory with it?

We have a pretty complicated relationship, me and the SM58. Obviously, my early performances were incredibly volatile and incendiary. This often meant that the SM58 took the brunt of the assault. We used to carry spare grills with us on every tour, and at the end of each show I would unscrew them and throw them in the crowd. I think that’s my favorite memory, watching people catch a beat up, sweat soaked SM58 grill and watch them freak out!

What do you think makes the microphone so special?

Aside from being technically perfect to capture raw sound, it’s the energy of being able to go from sweet to savage in the same sentence, just from holding it. We actually use SM58 for demos, as it’s the closest to a live sound I can achieve. But we only ever do takes on an SM7B – which I actually modify to be handheld! 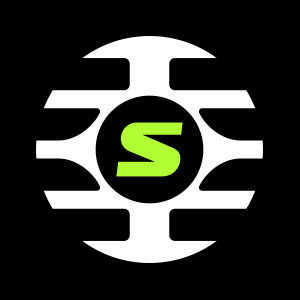