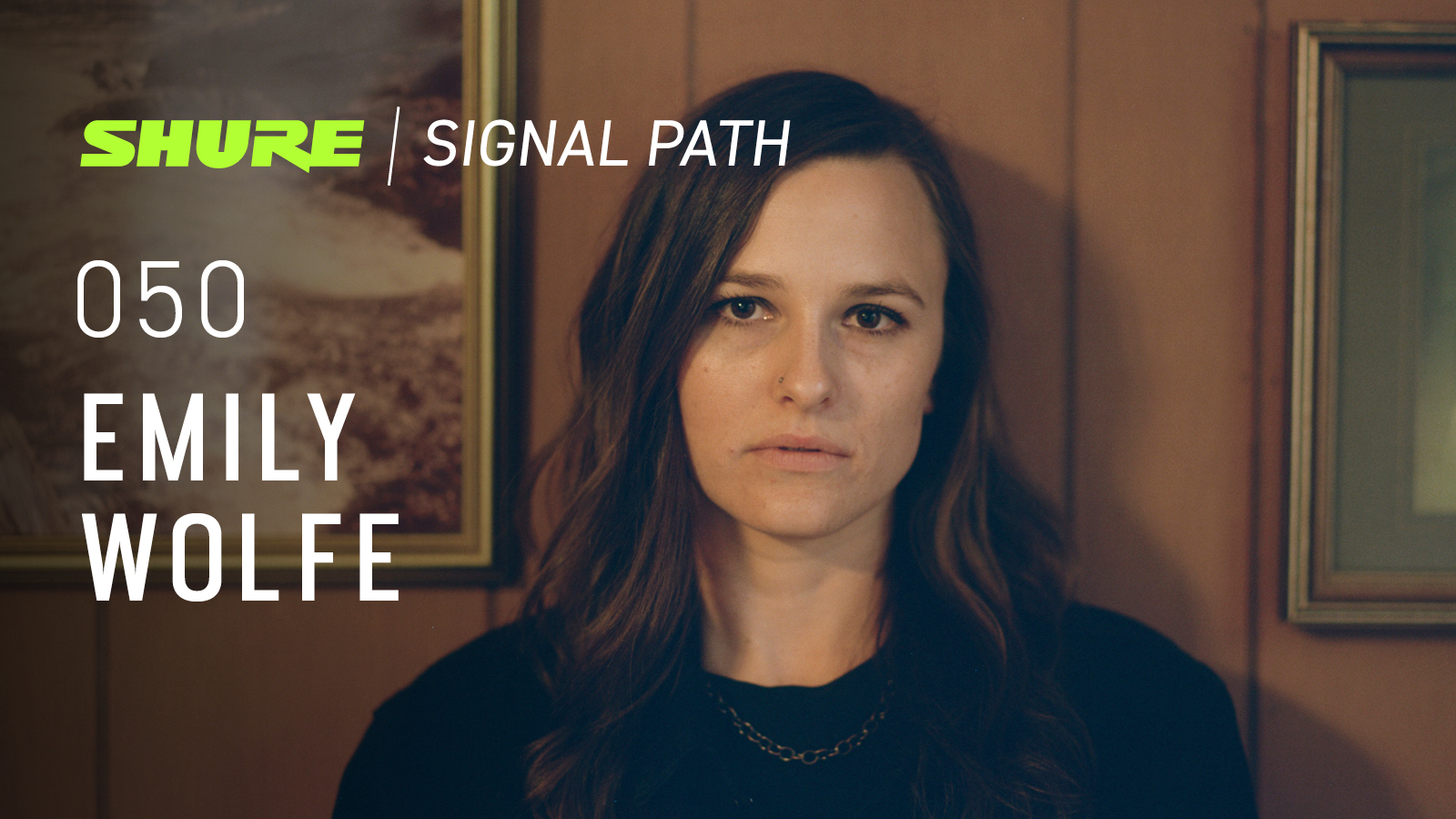 For the latest episode of Signal Path, we spoke with the Texan guitarist Emily Wolfe. After building a reputation for searing the fretboard of her trusty Epiphone, she’s breaking new ground with her recent album Outlier. In the podcast, Wolfe discusses the new creative direction she's taken, an upcoming tour supporting Joan Jett, and how a mean guitar teacher inadvertently helped her become a multi-instrumentalist. This episode was recorded remotely with an SM7B and Wolfe’s trusty old SM57.

Marc Young: How are things in Texas right now? You're based in Austin, is that right?

Emily Wolfe: Austin, Texas. Yeah, things are good. Oddly rainy. It's been raining for like a month here, which is weird, but yeah, it's going good. Things are opening back up and my shows are coming back. So, I'm super excited about that.

OK, those are coming up fast.

Will these be your first shows in a year?

You know, I actually got all my friends rounded up last October and we did this outdoor show. I rented a bunch of, like, you know, subs and speakers and it was just me and my band. And we played in the middle of the forest come to scratch an itch. I think I did one other show here in Austin at Empire Garage, which is downtown. That was a couple of months ago. But other than that, I mean, this is like kind of the kick off to things, things starting up again.

Austin is known for its great music scene. But I also just see these headlines that it's there's a flood of Silicon Valley money and jobs in recent years. Is it still an affordable place to be a musician?

No, no. I mean, that's a great question. It's a great, great issue to tackle. You know, Elon Musk has moved here and moved his business here. And there's a ton of people moving in and out. I mean, there was like a condo that or like a whole slew of condos that I read sold out in half a day. So it's like one of those things like, you know, everybody's moving here. But it's great for the economy and it's cool that all these different things are coming into town.

It's tough for musicians, one because of Covid. But, you know, the cool thing about Austin is they have great aid for musicians, you can you can get health insurance and in-ear monitors and doctor's appointments through it. So there's a bunch of different programs and grants. You know, they do grants through the city for musicians. It is tough to make it a as a musician here. But I mean, there's gigs everywhere. And if you really hustle, you know, you can you can do it.

Well, I'm glad to hear that it hasn't been completely Elon Muskified. But maybe we could go back to the very beginning for a second because I was reading up in preparation for this interview and maybe perhaps you could tell our listeners about getting your very first guitar and what that meant to you. I think you were five. Could you tell us that story?

Yeah, I was five. My mom took my sister and I to a thrift shop, and I remember the aisles being kind of empty. It was kind of like, you know, not a great shop. But I did look down one aisle and I saw this harmony guitar and I still have it, it's in my closet, I should have got it out. But I was this little kid. It was like an acoustic harmony guitar. And it was like my world opened up when I saw it, and like from then on, I just kind of latched on to it and just kept going.

The people in podcast land can't see your beautiful quiver of guitars, are they all Epiphones?

Yeah, most of them.

Listen to the full interview with Emily Wolfe and subscribe to Signal Path with the podcast provider of your choice below.