The Incentive Auction of TV Broadcast Spectrum: An Update 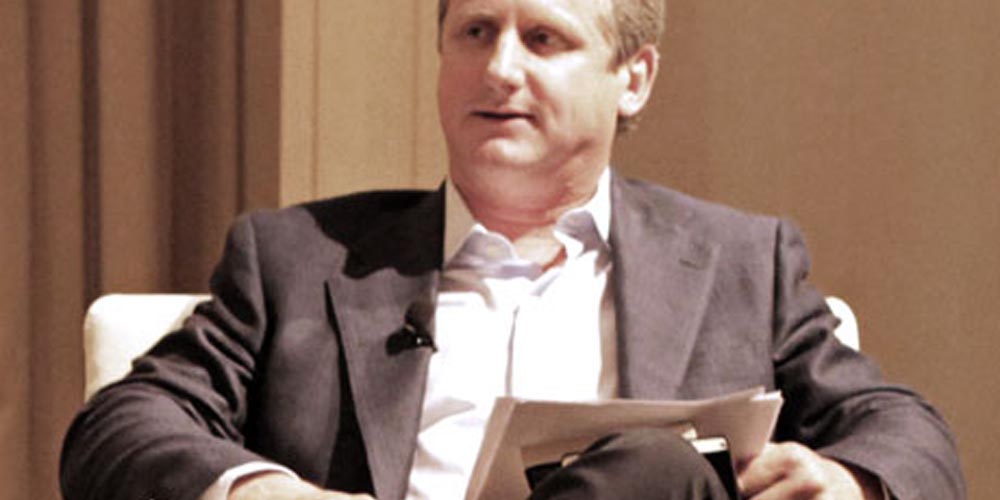 For up-to-date information on the FCC Incentive Auction, please refer to our Resource Center.

Technically, Mark Brunner may be the Senior Director of Global Brand Management at Shure, but most of us know him these days as Mr. Spectrum. For the past several years, he has led our advocacy efforts with the Federal Communications Commission on behalf of wireless microphone users. In this capacity, he has accumulated as many frequent flyer miles between Shure headquarters in Niles, Illinois, and Washington, D.C., as the average national touring rock star.

FCC Chairman Tom Wheeler made an announcement on December 6, 2013, that the 600 MHz band incentive auction originally thought to be slated for 2014 will be delayed until 2015. I sat down with Mark to learn how this will affect our customers in live music, houses of worship, education, government, and everywhere else Shure wireless microphones are used.

Allison Wolcott You've been on the front lines of the wireless spectrum allocation issue for several years. For those who might be just starting to follow this, when and how did it all begin?

Mark Brunner The transition in spectrum policy in the United States and globally has largely been the result of an increased demand for portable broadband devices (think smartphones and tablets), as well as a decline in the consumption of over-the-air broadcast TV. The transition in the use of spectrum has been a direct outcome of this change in consumption of content.

AW Where are we now with spectrum allocation?

MB UHF spectrum allocation in the United States has undergone three major episodes. The first was the digital television transition, which enabled over-the-air broadcasters to be repacked into a narrower swath of spectrum when they moved to digital technology. This freed up a significant portion of the band to be offered at auction to telecom carriers and to be set aside for national public safety network implementation. This was referred to as the 700 MHz auction. Many wireless microphones had been utilizing the 700 MHz band, and those users had to retire the equipment once the digital television transition was completed in 2010.

The second major episode in UHF spectrum policy was referred to as the White Spaces docket at the FCC. The White Spaces docket contemplated shared use of vacant TV channels by new unlicensed devices and incumbent pro audio users, meaning wireless microphone users. Pro audio users always had the ability to utilize vacant TV channels to meet the needs of their productions, but the future world contemplated a shared access model to those open channels. To enable that to happen, certain technical protocols had to be put in place. The first protocols were the rules governing how these new devices would operate, and the second was a spectrum control system that was established in the form of a geolocation database. The databases essentially manage the traffic between the White Spaces devices and the incumbent TV and pro audio users.

The third major episode in the UHF spectrum evolution in the United States is where we are today, in what is known as the Incentive Auction of Television Broadcast Spectrum. The Incentive Auction is a novel approach that the United States government has adopted to repurpose more UHF spectrum for mobile broadband by incentivizing those remaining over-the-air broadcasters to relinquish their spectrum licenses completely, move to a digital television channel shared with another licensee, or to move to a "less desirable" channel, one that might not travel as far or have as high a coverage pattern. This type of incentive auction has never been attempted anywhere in the world. It's highly complex. The amount of spectrum to be put up for auction is directly proportional to the number of broadcasters willing to reduce their future business in some way.

AW Is there going to be a fourth episode?

MB I don't think so, but the federal government and the FCC reserve the right to revisit spectrum policy at any time. The continual increase in demand for portable consumer devices and wireless technologies of all kinds definitely has an ongoing impact on the government's need to find spectrum for them. And it's not just UHF: it's all up and down the available spectrum.

The Incentive Auction: What's At Stake

AW Why is the FCC holding this auction?

MB The three goals of the auction are: number one, to free up more spectrum for mobile broadband, which will be used in a licensed model by telecom carriers who are familiar to us—most likely AT&T, Verizon, T Mobile, et cetera. The second goal is to fund the buildout of the nationwide public safety network originally recommended by the 9/11 Commission. That network will be in the 700 MHz band. The third goal is to allow deposits of any remaining proceeds into the US treasury, of course.

AW What is at stake for wireless microphone users?

MB Wireless microphone users need to be aware that the UHF spectrum situation is dynamic, and that the life cycle of their products may be affected by some of the changes. It also requires them to be much more conscious of who else is using the spectrum, and to pay more attention to coordinating their operations in areas of the spectrum that are available, legal, and uncongested by use from other devices.

AW There was a previous auction in 2008 of the 700 MHz portion of the spectrum. What were some of the lessons learned from that?

MB One lesson is that once new users of the spectrum take possession of it, they'll be interested in identifying those who might still be operating there illegally. So, it is not a good idea to be operating a 700 MHz band wireless microphone anymore, and those who are should cease doing so immediately. They will eventually be brought to the attention of the FCC for that operation because the new users of the spectrum are very interested in avoiding interference.

How Shure Is Preparing For What's Next

AW From a product development perspective, how is Shure preparing for the possible outcomes of this next round of spectrum allocation?

MB Shure is providing more and more products in other bands than UHF. These products are designed for specific applications and perform very well in those applications despite some of the design challenges inherent in using unlicensed spectrum. Shure is also very focused on maximizing the number of wireless microphones that can be used in a smaller swath of spectrum. We've invested quite a bit in understanding what parameters can be accentuated to increase that channel count. So, this is a constant design objective and goal for our development community, and we have explored many new technologies that enable that higher channel count.

AW So, up and down the Shure wireless product catalog, from the entry level to the elite…

MB Yes, we're talking about PGX Digital, GLX-D®, ULX-D®, Microflex™ Wireless, and Axient®. Axient's primary design goal was to be highly resistant to interference should it occur, and many of its design features allow it to detect and avoid interference: basically, to operate flawlessly in a hostile environment. On the other hand, ULX-D's primary design goal was to achieve the highest number of compatible systems possible within a TV channel. So, for instance, in its high density mode, we can achieve higher than 45 simultaneous wireless links within a single TV channel. GLX-D uses the globally unlicensed 2.4 MHz band, so the user doesn't even need to consider tuning that product to an open channel. It's using the unlicensed spectrum in an automatic way where that concern is out of the hands of the user. PGX Digital, which operates in the 900 MHz range, similarly uses an unlicensed swath of spectrum so the user doesn't need to be concerned with selecting the proper frequency. Microflex Wireless utilizes the unlicensed DECT spectrum, which was once widely used for cordless telephones and other office communication products. It takes advantage of that spectrum in a new and creative way to achieve a very high channel count in an unlicensed band.

AW What should wireless microphone users do in order to prepare?

MB The most important research that someone considering a wireless microphone investment should do is to understand the intensity of the RF environment and the likelihood of that audio system growing or expanding in the future. That will lead them inevitably to certain product choices that can be affordable and appropriate for their needs but also optimized for the environment in which they're operating.  In gathering this knowledge, users may find the expertise of wireless microphone manufacturer personnel very helpful.

AW How would you advise those who are in the market for a new wireless system during this latest spectrum action by the FCC?

MB Stay educated about what's happening. We're expecting some important communications to come out in the next three to six months, and these will help Shure formulate a plan for taking care of customers who have 600 MHz equipment that may at some point be illegal to operate. There are certain pieces of information that are critical for us to have in order to design customer programs, but we don't have that information yet. At this point, we know that there is a spectrum auction slated for sometime in 2015, and that once that auction occurs, we'll know which portions of the band will be going away, and how we're going to be able to operate in the remaining space. Whatever the outcome, our goal is to come out of the incentive auction transition with customers feeling the same way they did after the 700 MHz transition. They appreciated the information we offered, as well as our ability to offer rebates and take gear that was no longer usable off the market and replace it with gear that is legal to operate.

AW What resources should people consult in order to stay informed?

MB The entire record of any FCC proceeding is available on the FCC website in what's known as the ECFS, or Electronic Comment Filing System. The Incentive Auction docket number is 12-268. There you'll find all of the interested parties' comments, as well as the official FCC communications in that docket. Additionally, the pro audio media is a good source of information and has covered these issues well. The Shure website and blog also will feature updates as they become available.