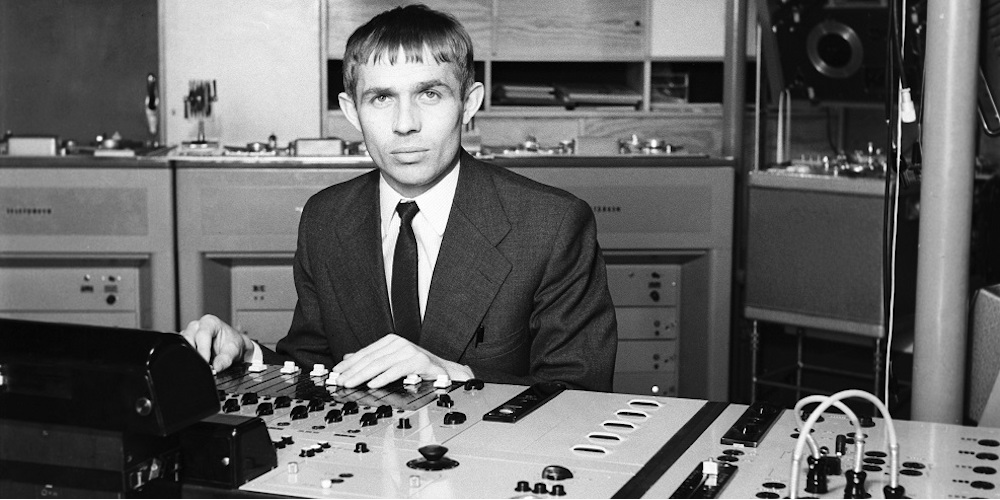 Trapped behind the Iron Curtain and established by a staunch Stalinist, the Polish Radio Experimental Studio (PRES) was an unlikely place for a sonic revolution. LOUDER explores its pioneering role in early electronic music.

Originally set up in 1957 to create soundtracks for official socialist broadcast programming, the Polish Radio Experimental Studio (PRES) became a refuge for a generation of avant-garde composers and the most important center for electroacoustic music in Eastern Europe.

Now, some six decades after those musical pioneers first switched on the studio’s equipment, Poland’s Adam Mickiewicz cultural institute (AMI) has commissioned a new sound library to highlight their achievements.

The PRES legacy is all the more surprising knowing it was founded by Włodzimierz Sokorski, a dogmatic communist official responsible for once banning jazz from Polish radio.

“It was Sokorski who introduced social realism and radical political and aesthetical censorship into Polish art and culture,” says Michal Mendyk, the PRES project manager at AMI. “Sokorski later said that PRES was his way to redeem his previous sins.”

Fortunately, Sokorski put Józef Patkowski in charge of the studio. A musicologist with a passion for experimentation, Patkowski encouraged his composers to go beyond what was considered possible. As a result, the music still sounds modern; hyper-modern in fact, like it was written in the future and sent back to the present.

On the wrong side of the Iron Curtain during the Cold War, PRES never attained the fame of its Western European counterparts: the BBC Radiophonic Workshop in London, Groupe de Recherches Musicales in Paris or the WDR Studio für Elektronische Musik in Cologne, West Germany. And there was no one with the stature of electronic music giants such as Karlheinz Stockhausen or Pierre Henry in Warsaw.

But PRES did provide was a fertile environment for visitors like Krzysztof Penderecki, who is considered in some quarters as Poland’s greatest living composer and is most famous for the film scores to The Shining, Twister and, more recently, Ready Player One.

That said, many of the studio’s other leading figures are largely unknown both inside and outside Poland. “One important reason is that PRES was neither as advanced nor as productive as the studios in London or Cologne,” explains Mendyk. “Secondly, PRES did not have important achievements in the digital domain – it has remained a purely analog phenomenon.”

That statement is certainly borne out by its studio spec: PRES had some simple tone generators, filters and oscillographs, but basically you had to rely on the ingenuity of its engineers if you wanted to create something special.

“I was aware of PRES and most of the notable composers that were active during its existence, but I was astonished by the quality of sounds they achieved with such limited tools compared to current technology,” says musician and producer Marcin Staniszewski, who helped curate the sound library. “The coolest thing for me was that most of that music is not super tight in terms of certain BPM or grid; it’s usually improvised and very alive, evolving all the time.”

He believes contemporary producers could learn a lot from these old-school sounds: “I discovered that compressors are one of the most overrated tools nowadays. All these compositions are very dynamic…there are some soft passages followed by noise explosions that create another level of tension. This dynamic dimension is lost nowadays and it’s a shame because it can be so powerful.”

But who are the big names in Polish electronic composition, and which pieces should you seek out? Aside from Penderecki, one name that comes up again and again is Eugeniusz Rudnik.

A master of studio manipulation, Rudnik controlled his various tape machines like a ringmaster conducting animals in a circus. Pieces such as “Dixi” and “Tryptyk”are a good place to start, full of squelches, squeaks and other oddly life-like sounds.

For something more musical there’s Elżbieta Sikora, whose work you could imagine being played by an actual orchestra (as long as it was made up of robots). Her “Voyage II”, for example, is a great piece to listen to with your eyes shut. Elsewhere Krzysztof Knittel’s electronic collages are akin to the inner workings of an alien brain, as strange as they are compelling.

“Many PRES composers worked in a way that is more similar to contemporary music producers than to ‘serious’ experimental music composers from Germany or France,” notes Mendyk. “As a result, the music is more emotional, sensual and accessible.”

Today, thanks to the sound library, music makers can use these samples themselves. “As for loops, I didn’t really care if they looped in a conventional regular manner: I was only looking for grooves, and the weirder, the better,” explains Staniszewski.

Ultimately, the music created at PRES is a product of a specific time and place. Made by artists looking to create something totally new despite a societal restrictions and repression.

“A composer could create experimental work with hidden anti-government messages one day and on the next he was hired to produce the soundtrack for a pure propaganda film,” concludes Mendyk. “This is just one example of how paradoxical cultural and intellectual life in an authoritarian system can be.”

This article was based on an interview conducted by Ableton. Find the PRES sound library here.

The PRES project is co-organized by the Adam Mickiewicz Institute as part of POLSKA 100, the international cultural program accompanying the centenary of Poland regaining independence.