Taking Hybrid Learning to the Next Level at USC 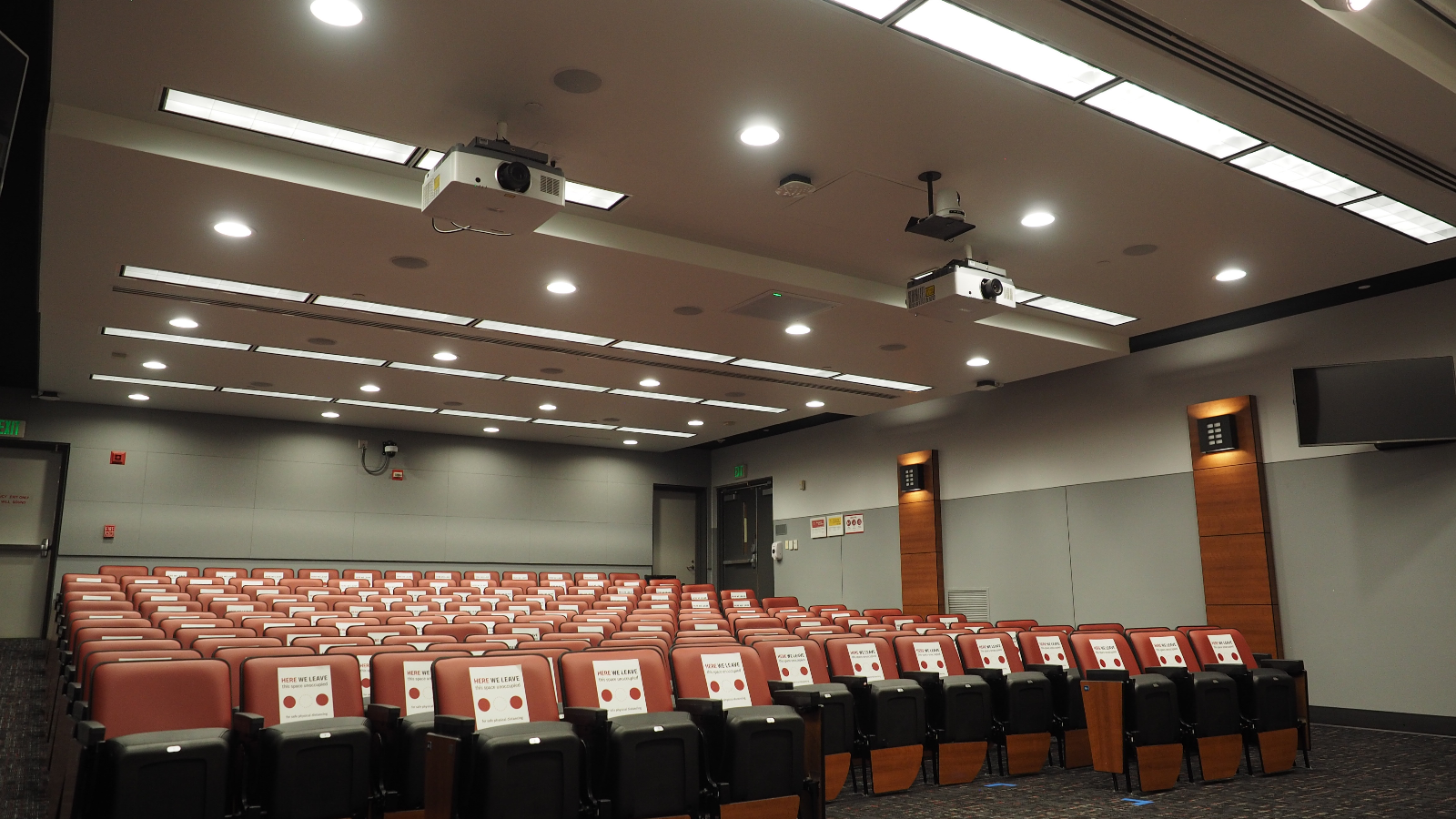 Given recent global events, hybrid learning has been discussed often over the past few months. Many institutions have had to rush to create some kind of remote learning solution, with varying degrees of success. Like everyone else, The University of Southern California (USC) had to quickly re-direct students to online learning. However, when it came to planning for how they could effectively engage students in their learning and safely bring them back in some form when appropriate, they found they had already solved the problem thanks to upgrade work taking place in general use classrooms across the campus.

Recently I sat down with Joe Way, Director, USC Learning Environments, to learn more about the university’s approach to hybrid learning and how they are ahead of the curve in implementing a forward-thinking solution that benefits both students and the faculty.

Joe joined the USC team in August 2019. He was brought in as part of USC’s digital transformation and reorganization which was focused on moving the university’s services forward, enhancing the technologies on campus, and improving the overall setup for both students and staff. To achieve this, Joe was given the opportunity to totally transform teaching and learning by completely gutting and reimagining 300 rooms, something that allowed him to consider how to design the perfect system that would work now, and in the future.

As he didn’t have to incorporate any legacy devices, it proved an ideal time to think about the direction the AV industry is heading in, and it became clear that this meant utilizing IT- and software-based technologies for content delivery.

With that in mind, Joe was clear that if there was a software or cloud version of a product, he was going that way rather than being restricted by hardware. From the start he knew he wanted virtual control, AV over IP, and to get content moving over the network. Joe was, however, expecting to have to opt for a hardware DSP, so when he was shown Shure IntelliMix® Room software-based audio processing, the advantages of scalability, remote management, and simple configuration were clear. However, he also didn't want a computer in the room, so the challenge became how to host the software. And that's where the Crestron Flex UC Engine came in. The Crestron Flex UC runs IntelliMIx Room and the Zoom platform on it, turning the entire USC classroom and central core into a Dante node!

Joe is very much of the belief that even without the pandemic, education was firmly heading in the direction of hybrid learning.

He explained: “All of the technologies were already there, but adoption was lacking; coronavirus encouraged everybody to trust the technologies that we already had, and while I do think there will be a point where we will want to come back in person, I also think we're now so accustomed to doing things virtually that we're going to see a lot of this continue.”

He also believes this shift will create many opportunities, whether that’s for partnerships between universities or for remote classes to help students who can't get to a campus or who need to save money; being able to take the learning experience anywhere is only going to be more in demand.

Faculty members must not be forgotten in this, however, with many stating that they are not comfortable with online learning, according to Joe. Tutors have spent years perfecting their craft in their classroom, they're comfortable in front of a chalkboard or whiteboard, and they miss that when teaching remotely.

With the majority of next year’s classes at USC likely to be delivered online or hybrid in some way, this insight inspired the university to turn a number of their smaller spaces–which simply wouldn’t be conducive to holding socially distanced classes–into production studios utilizing Shure MXA910 ceiling arrays with the addition of a confidence monitor. According to Joe, this has been incredibly popular, enabling faculty members to still use the whiteboard and teach like they want to while streaming sessions to students who can safely attend from home.

Looking ahead, Joe is clear that the new setup will continue to be of benefit. Even in the longer term, some students may not be able to come back to onsite learning and social distancing will mean that rooms won’t be able to hold as many people as previously. However, USC is prepared for such eventualities as all of its rooms are already set up to be able to not just stream out, but also to adapt. For example, networked audio means two smaller rooms can easily be turned into one larger space; IntelliMix Room also helps here allowing users to send any input device to any output device, creating a flexible, scalable, and intuitive setup.

Throughout this extensive project, Joe’s main goal was to make the tech invisible so that nobody notices it and classes become a safe, seamless, accessible experience for faculty and students, and IntelliMix Room is an integral part of this. Joe explained:

“In the past, the technologies in use at USC were seen as something that inhibited people’s ability to teach or learn, so we wanted to remove those barriers, empowering the faculty to focus on teaching and the students to focus on learning, and I think we’ve achieved that frictionless experience.”

This may have been a project that was ahead of the curve in terms of its vision and scope, but it looks to be something we’ll see much more of in the future, with Joe believing that rooms will no longer be designed without taking into account how they could eventually be made into hybrid or virtual learning spaces.

He concluded: “I'm only excited to see what's going to happen in the next few years. Even a couple of years ago what we’ve achieved wouldn’t have been possible as the technologies simply weren’t there, but this kind of future forward installation is only going to become more common, and more necessary.”

Learn more about the  MXA710 Linear Array Microphone featured in the gallery below.