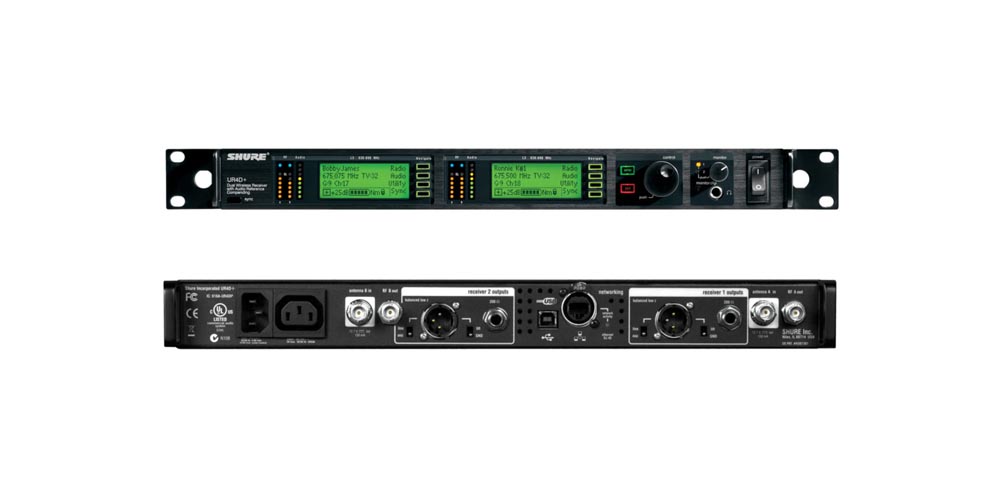 Besides the 130 channels wireless systems and In-Ears, provided by  rental company Ampco Flashlight, performing bands also brought in at  least 150 channels per day.
Each festival day, approximately 300 UHF transmitters were used in an  area of 3.5 sq km, the majority of which were Shure PSM1000, PSM900, and  UHF-R transmitters  .
“With so many channels, I needed a reliable and efficient solution to monitor the RF spectrum in risk areas,” explains Heegstra.

For securing the transmission without any interference, the AXIENT  Spectrum Manager, along with Wireless Workbench 6 software, were first  choice. He used 4 Spectrum Managers and placed them on the stages where  bands were bringing in their own RF sets. These 4 stages where located  on the edge of the festival site, so the Spectrum Managers covered the  entire area.
For the frequency plan Heegstra relied on the Wireless Workbench 6  software. The RF plan for the whole festival area was setup based on  various scans.
With the four AX600 Spectrum Managers networked, coordination took place  in the central control unit where they used the most important  function, RF scanning. Checking if assigned frequencies being used  according to plan and search for any unapproved transmitters.

“I was not only in a position to continuously monitor the stages with  the highest RF risk, but I could scan the entire festival site thanks  to the four Spectrum Managers from AXIENT,” said Heegstra.
“Without the Spectrum Managers, I would not have been able to work this  efficiently, monitoring a festival location of this size”.
During the three days, no RF incidents occurred, securing music for 60, 000 music lovers!