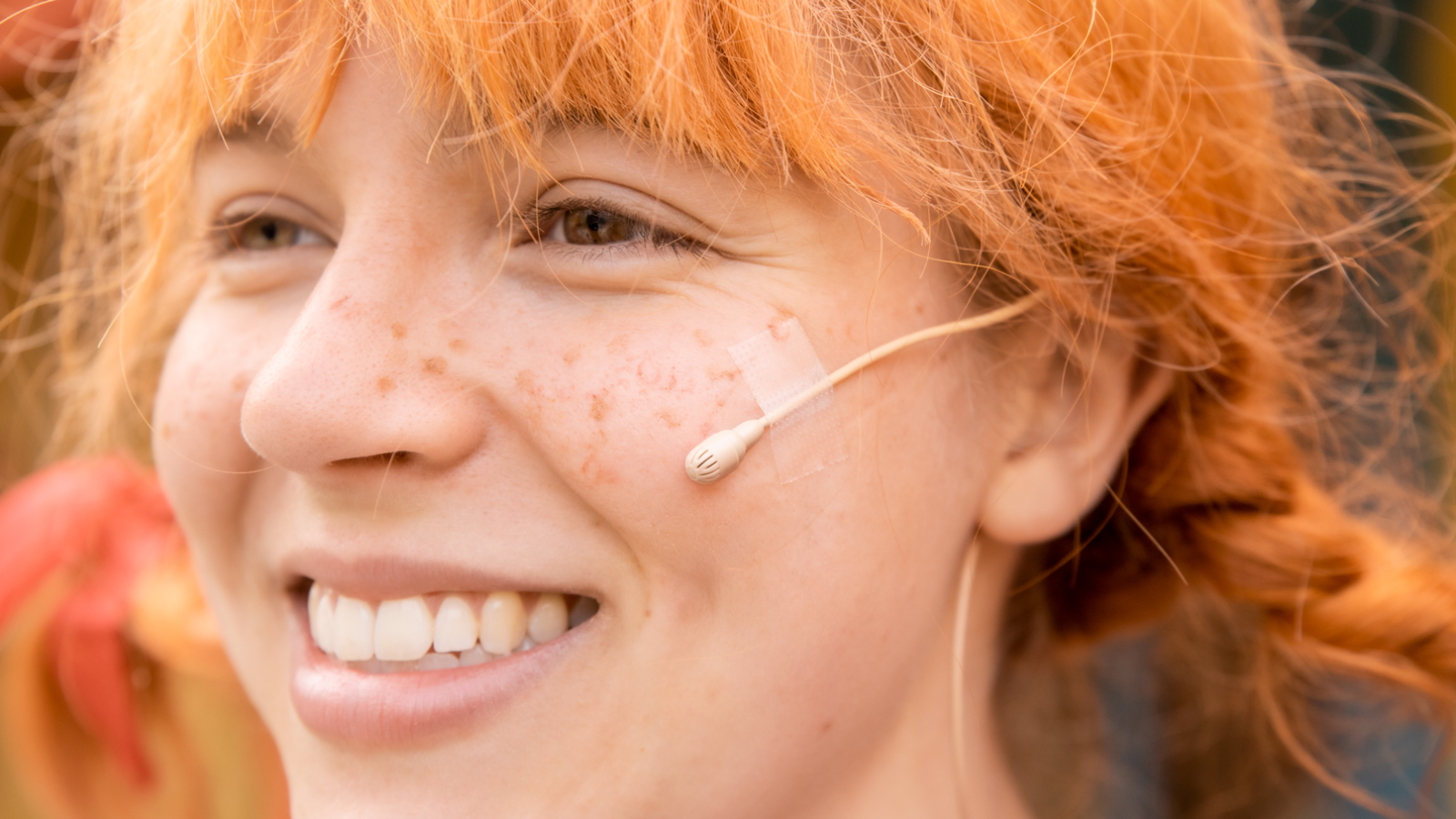 Astrid Lindgren’s World (ALW) is a theme park in Sweden based on well-known children’s book characters like Pippi Longstocking. Located in Lindgren’s hometown in Vimmerby, Sweden, it is one of the Scandinavian country’s largest theme parks and receives up to 500,000 visitors during a normal summer season. ALW has been developed over several decades and is today a very popular destination that families with children visit regularly.

Benum Sweden has frequently delivered Shure TwinPlex lavalier microphones to Audiosystem, the Kalmer audio company which has been a stable technology supplier to ALW since the 1990s. The company has been an active part of the technical development at ALW since 2003. During the current season, the park is using up to 100 wireless microphone systems and some ten in-ear systems at nine different stages, together with Shure TwinPlex because of the longer life cycle and high-sound quality.

The park is run with great care and respect in the spirit of Astrid Lindgren and in accordance with the values she expressed during her lifetime. The visitor gets to meet her characters and take part in environments and playful scenes taken from the author’s tales and stories.

The persons responsible for the audio at the theme park are Henrik Schäfer and Thomas Dahlström. Henrik has been responsible for sound at Astrid Lindgren’s World since 2008. In addition to the seasons in Vimmerby, Henrik can be found on various theater and musical productions, and tours as responsible sound engineer or sometimes stage master. Thomas Dahlström runs Audiosystem and is well known by many in the Swedish audio industry.

ALW is a Theme Park where everything is managed with great professionalism and high ambitions. Preparations for the start of the season in a few weeks are really in full swing. In the building’s Studio they have full control over the Park’s scenes and sound systems.

“Yes, it’s a large operation here,” admits Henrik. “It’s about 600 people working in the park, of which about 150 people are in the theater department. A large part of them are, of course actors, and we have five sound engineers working daily. Performances of various size are played and can include everything from three to about 30 actors. In a single day, we’re deploying about 90 microphones which are used for around six hours at a time.

“Generally only lavalier (lavs) microphones are used for all microphone systems. So there are a large number of microphones running every day, and I don’t think there is any other place in Sweden where so many systems coexist daily, for such a long period. This demands great quality products and careful handling of all technology, not least when it comes to something so sensitive and important as lavs. Over the years, we have developed the park’s technology in terms of speakers, mixing systems and of course microphones, and today we feel quite satisfied that the experience is perceived as professional for our visitors. The handling of microphones and sound systems is central. We have invested a lot in training our staff in handling of microphones and we spend great time on service and maintenance. We simply have to keep a close eye on such a large business! The shows at ALW are one of the cornerstones of the experience a visitor gets to experience and the ALW management really supports our ambitions around the technology as everyone understands that sound experience is an important part of the experience. We have equipped each mixing site with identical systems in terms of mixing desks and microphone systems and more so that our sound technicians can switch between the different sound booths around the park in an efficient way.”

“In the past the lavalier microphones were a concern at an early stage when various malfunctions occurred continuously and often in need of required action. We introduced a process where actors were trained in handling and caring for ‘their’ own microphone. Each lav is signed out at the beginning of the day, and the user, usually an actor, is responsible for returning it in its original condition. But despite this, there were a lot of problems with the microphones. By far the most common fault is cable breakage, which occurs where the cable and contact meet,” explains Henrik.

“We can repair a lot of cable breakage, but some seasons have resulted in 40 percent or more of our lavs being taken out of service due to too weak signal, serious cable breakage or other cause that cannot be remedied. New lavalier microphones had to be bought before each new season and ALW began to think about the high costs of handling, disposal and new purchases."

In 2019, Thomas heard about a new series of lavalier microphones that Shure released - TwinPlex. “I took part of the information at the launch of TwinPlex where I noticed that one of the main arguments was a higher reliability over time, a longer life cycle, while maintaining high sound quality,” Thomas explains. “It sounded promising, but I was somewhat skeptical, we already used one of the market’s absolute best microphone model!”

So Thomas and Henrik borrowed a test kit with Shure TwinPlex microphones and in particular the model TL47 for testing and evaluation.

“We quickly realized that the TL47 lavalier was interesting. Measurements and tests of sound quality were satisfactory. We could also see that connection where cable meet the plug were made with a smart strain relief. The cable is really special on its own and perhaps the biggest innovation. The cable is said to come from the Medical industry and actually has a redundant screen for extra high reliability. At the same time, the cable is moisture-resistant, very thin and very flexible.

We decided on a larger purchase of 20 TwinPlex TL47s. Now it was up to proof, will they last for a season here with us at ALW? It could only be shown after being used out in the business over time. If the TwinPlex microphones turn out to last, say maybe up to three, four or even five times as long compared to previous lavalier alternatives, we would really save ourselves lots of hours that have previously been spent on handling and measures, and in addition the risk of technical issues during the performances would decrease!”

“The first delivery of 20 TL47s was put into test immediately and performed really well, but at the same time the pandemic had taken over our society, so it was a rather strange season that was a bit shortened,” says Henrik. “In any case, our first batch of TwinPlex lavs was used extensively after all, without any worries. We were very happy so far!

“When the pre-season 2021 started with rehearsals, we decided to continue investing in the TwinPlex TL47 model. We placed more orders and the 2021 season ran fairly normal despite continued restrictions due to the current pandemic, and our TwinPlex lavs have delivered in a very nice way. And now a new season is approaching at ALV where some of our TwinPlex microphones are entering their third season.”

“Since the start, we’ve purchased another 60s TwinPlex TL47 and we now have 80 TL47s that we continuously use in rain, sunshine and everything in between. The first TL47s have been around for just over two seasons now, which will be a lot of hours in use and the result is ... fantastic! One single microphone may have lost some of its output but we have not had a single "error" due to cable breakage or similar on any of our TL47s,” says Henrik

“We have all technology documented for follow-up for several years, with notes on each individual lavalier that’s been used within ALW. Have a look! ”

Henrik has an Excel sheet that summarizes the status of  all ALW microphones. No markings are noted for actions such as disposal, repair or other problems with the any Shure TwinPlex products. "Simply a success, there is no other word!" Thomas exclaims. “Yes, really. Above all It’s probably the cable that’s the key here. The whole industry really has to get to know this!”