Pop’s ‘Sing It On’ Competition Wins with Shure 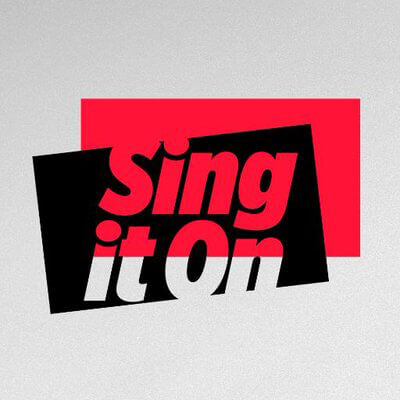 Pop’s Sing It On is a documentary- style reality TV series that offers a look into the lives of a cappella groups competing for a spot at the Varsity Vocals International Championship of Collegiate A Cappella (ICCA).

As microphones go through up to 700 performers during the tournament season, the ICCA needed audio gear with uncompromised durability and stellar performance.

The ULX-D systems provided the ICCA with the endurance needed for the show, while the KSM8 microphones ensured remarkable sound quality and consistent audio for the a cappella performersfeatured on Pop’s Sing It On.

From blockbuster films to the GRAMMY® Award-winning group Pentatonix, a cappella continues to rise in popularity. Returning for its second season, Pop’s Sing It On gives viewers a real-life look at the hard work, talent, and strategy needed to succeed on the competitive a cappella circuit. International Championship of Collegiate A Cappella (ICCA) owner Amanda Newman is its co- executive producer, while John Legend, Ty Stiklorius, and Mike Jackson of Get Lifted Film Co. also work as executive producers in the documentary-style reality series that follows singing groups around the country as they juggle academics and rehearsals while vying for a spot at the Varsity Vocals ICCA.

To power ICCA performances for the competing a cappella groups featured on Sing It On, Varsity Vocals tapped Liquid 5th Productions to coordinate and manage a seamless audio production from start to finish—from the regionals to quarterfinals and finals. Liquid 5th is a leader in a cappella recording and production and Carl Taylor, the company’s CEO and chief mixing engineer, was tasked with choosing audio gear that could not only sound great during live competition performances, but also be recorded and mixed for airing on Pop. Taylor opted for 24 channels of Shure ULX-D® Digital Wireless Systems with KSM8 handhelds.

The 24 channels of ULX-D are split across 20 performers and Sing It On emcees. Over the course of the ICCA tournament season, the mics go through the hands of up to 700 performers, requiring uncompromised durability. Each ULX-D system has rugged metal housing on both transmitters and the receiver—ensuring addedendurance for the show. The system’s extremely efficient RF performance directly addresses crowded spectrum environments and enables a dramatic increase in the number of simultaneous active transmitters that can be on one TV channel with a rock-solid signal.

In addition to KSM8 capsules, two Shure Beta 58A wireless capsules are used for bass and vocal percussion performers.