Jimmy Fallon's Band The Roots: Mics of the Tonight Show 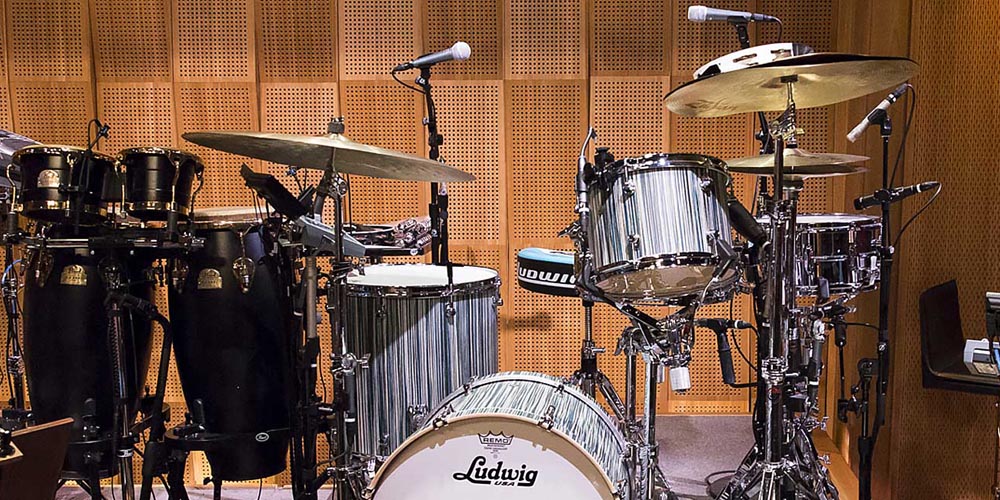 By now, you've heard the news that Jimmy Fallon is the new host of the late-night pinnacle that is The Tonight Show. You may have even seen an episode or two, or at least caught some of Jimmy's celebrity-tinged antics on YouTube the next day. If you haven't seen the show yet, it's quite a bit different from the days of Carson and Leno... Fallon's sense of humor is second to none, and it is amazing to see what he can convince his celebrity friends to take part in.

Still one of Fallon's biggest loves is the musical portion of the show, which is why he chose to bring along his friends from The Roots to continue as the house band on this new version of The Tonight Show. Along with The Roots came an arsenal of Shure mics and wireless systems. Perhaps you've even noticed a few here and there? I'm certain you've noticed Jimmy's chromed-out Axient® SM58® handhelds, which he uses for musical numbers with guests.

I recently spoke with Musical Director Keith McPhee about the Shure mics on the show and their applications on the band stand. Keith not only sent along a list of mics, but also included some beautiful imagery (sans band) to illustrate what these mics are used for. Scroll down just a bit and see if you can identify the mics before you take a look at the list. Everything on the show is Shure, and I can tell you they put this stuff to the test night after night. Be sure to catch a future show to see and hear these mics in action!