Producer SueAnn Shiah explains her journey as a music business major catapulted into the world of DSLR filmmaking, and how the Shure VP83F LensHopper played a part.

In 2014, I graduated from Belmont University in Nashville with a degree in Business Administration/Music Business. My emphasis was in studio recording, but while I was there, I ended up getting roped into video editing and production (mostly music videos, album trailers, class projects and Kickstarter campaigns).

Encouraged by the positive feedback I was getting from friends and fellow students about those early projects, I began to spend a lot of my own time learning about location recording and audio for video. I saw the value of video as a medium to extend the audio experience. That's when my focus shifted.

I'd just graduated, so spending thousands of dollars on gear wasn't an option. I made a calculated decision to invest in two DSLR cameras. Before long, I had paying clients.

For live "in-studio" performances, audio wasn't a problem. I used ProTools and synced the performances later in post. When shooting music videos, the artist synced to a track, so the audio from the shoot didn't matter.

As I started to take on more and more projects, my audio needs changed. When I left the controlled environment of a recording studio, my cameras' built-in microphones barely picked up dialogue over the noise floor. The signal-to-noise ratio was terrible; the internal microphone captured all of the camera noise (focusing, shutter, setting clicks). I needed to invest, quickly, in a good shotgun microphone.

The search for a pro-quality mic took on even greater urgency when I tackled my most ambitious project: a feature-length DSLR documentary. As a first-generation Taiwanese-American, I felt that Huandao represented an opportunity to honor the past and share the kind of up-close interactions with people and places that, really, you can only experience on two wheels. We circled the island beginning in Taipei, biking south down the eastern coast and heading back up north on the western side: over 600 miles, all on bikes.

Clearly, recording dialogue was going to be one of our greatest challenges. I knew I could rebuild visuals with a variety of abstract footage or recreations in post, but in-the-moment interactions with subjects over 6,000 miles away from home didn't allow for second takes.

On October 8, 2014, I left JFK International Airport with my Canon 60D, a GoPro, two lenses, a Sony H5 Zoom portable recorder, SD cards and a bag of rechargeable batteries. Our go-to catchall field recording solution? Two Shure VP83F LensHopper™ camera-mounted shotgun mics: one for my camera and one for Director of Photography/Associate Producer Anne Zhou.

Over the course of shooting 100 hours of video, we interviewed over 50 people in 30 places. Whenever we could sit down with subjects, we'd outfit them with a lavalier plugged into our Zoom. Sometimes, we didn't have that luxury, and that's when the LensHopper really delivered. It took a minute or less to power it up and hit Record to get that shot, that moment, those scenes happening in real time where every second of lost dialogue counts.

Listen to the audio quality in this short clip from Huandao:

Using the built-in microphone or a standard (non-flash/pre) shotgun in the past, I'd have to adjust the audio record levels in the camera menu before I could start filming. Sometimes that required having to reset for each shot to address the sensitivity of the microphone. With the LensHopper shock-mounted to my Canon, I plugged in the mic, hit Record on the camera and made audio adjustments on the mic. It's amazing how tiny things like that can make a big difference when you're in the moment.

Tips for Getting Great Audio with the Shure VP83F

Here are some things I learned in over 100 hours of shooting.

Proper gain staging on your LensHopper starts with the preamp. Your loudest (peak) level should be between -12db and -6db, the area of the meter where the line is solid. If it flashes "CLIP!" at you, turn it down.

Additional Tip: You might think, I'm not planning on using the low-quality audio supplied by the camera. Don't make this mistake. You'll always need a backup. Before you replace or sync the audio, you might use the internal audio until you start mixing. Take my word for it: you do not want to listen to hours of distorted clipping audio.

Remember that the camera output level and the headphone level don't affect the record level at all. If your record level is too low and you turn up your headphone level louder to hear it, you may not realize that you're not getting a healthy record level. This is another reason why it's important to visually confirm the meter before listening on headphones.

Nothing ruins a good take like wind noise. I never removed my windscreen during the entire production. About 90% of our footage was shot in open air where wind was a problem. It's a simple thing that will dramatically improve the quality and quantity of usable audio content you record.

Set the date and time. Use a slate, too.

Make sure you set the date and time on the microphone. That information will be embedded into your file when you try to find it later in post-production. Save yourself a lot of grief and time by making sure that your microphone has the correct date and time; especially if you travel to different time zones, take that into account in your settings.

If possible, use a slate at the beginning of your recordings: a quick little statement that will help you identify the file. If you're shooting something scripted with scenes or multiple takes, call out the scene and the take number.

If you're shooting documentary-style footage in the field, say the date, time, location, and if possible, a short description of what you're filming. File management can be the difference between whether or not you find the audio file you need.

If you're working in a controlled environment, shooting a scripted scene, be conscious of the auditory environment. Is there background noise outside? Is the air conditioning loud? These are all going to contribute to your noise floor.

Monitor your recordings. I like to audibly confirm what I am seeing visually on the LensHopper, so plug in headphones to monitor the microphone (it's the black 3.5mm jack on the right side of the mic as it faces away from you). If you can't hear your audio, turn up your monitoring level. This is especially helpful if you're in a louder environment or using earbuds instead of isolating headphones.

If it isn't convenient for you to monitor with headphones while you're shooting, then make sure you check regularly after shooting. If you're in a documentary setting, following people around and trying to capture great footage, listen for content. It's easy to zone out sometimes, especially if you've been at it for hours or days.

With experience, I'm better able to tell when something interesting is going to happen because I'm listening. What may appear insignificant can often produce the most amazing footage. I've learned to trust my instincts and start recording.

Don't be afraid to speak up.

Part of listening is having the confidence to speak up when it's appropriate. It can mean something as small as asking the person you're interviewing to speak a little louder, repeat a statement, or face the microphone. If you're working with actors, directors, or other artists, the same rule applies. Everyone you're working with wants the best outcome possible too.

Now that I'm back in Nashville, I still turn to the VP83F for shooting interviews, weddings, behind-the-scenes album footage and the occasional concert. It's a good versatile microphone for DSLR applications.

As a career audio engineer, I've often been frustrated with the lack of gain staging and monitoring features available to me with audio equipment designed for video. The LensHopper solves that, but it's also easy to work with, even if you're not a career recording engineer and work exclusively on the video side.

There were times when I didn't feel like carrying a lot of excess weight. There were scenes where I ditched my monopod or tripod.  I never left the LensHopper behind because it's a self-contained unit that didn't require me to bring a lot of extra equipment. I didn't have to sacrifice audio quality for price or convenience. 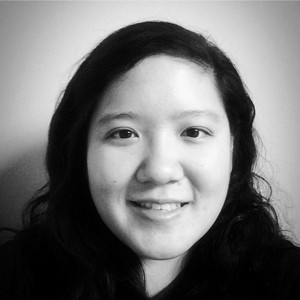 SueAnn Shiah is a multidisciplinary artist currently residing in Nashville, Tennessee. Shiah works in the music industry in management, music production, and video production. She graduated from Belmont University with a BBA in Music Business, production emphasis, and a minor in Chinese.