Make The World Your Stage: Jake Isaac with 'Brother' 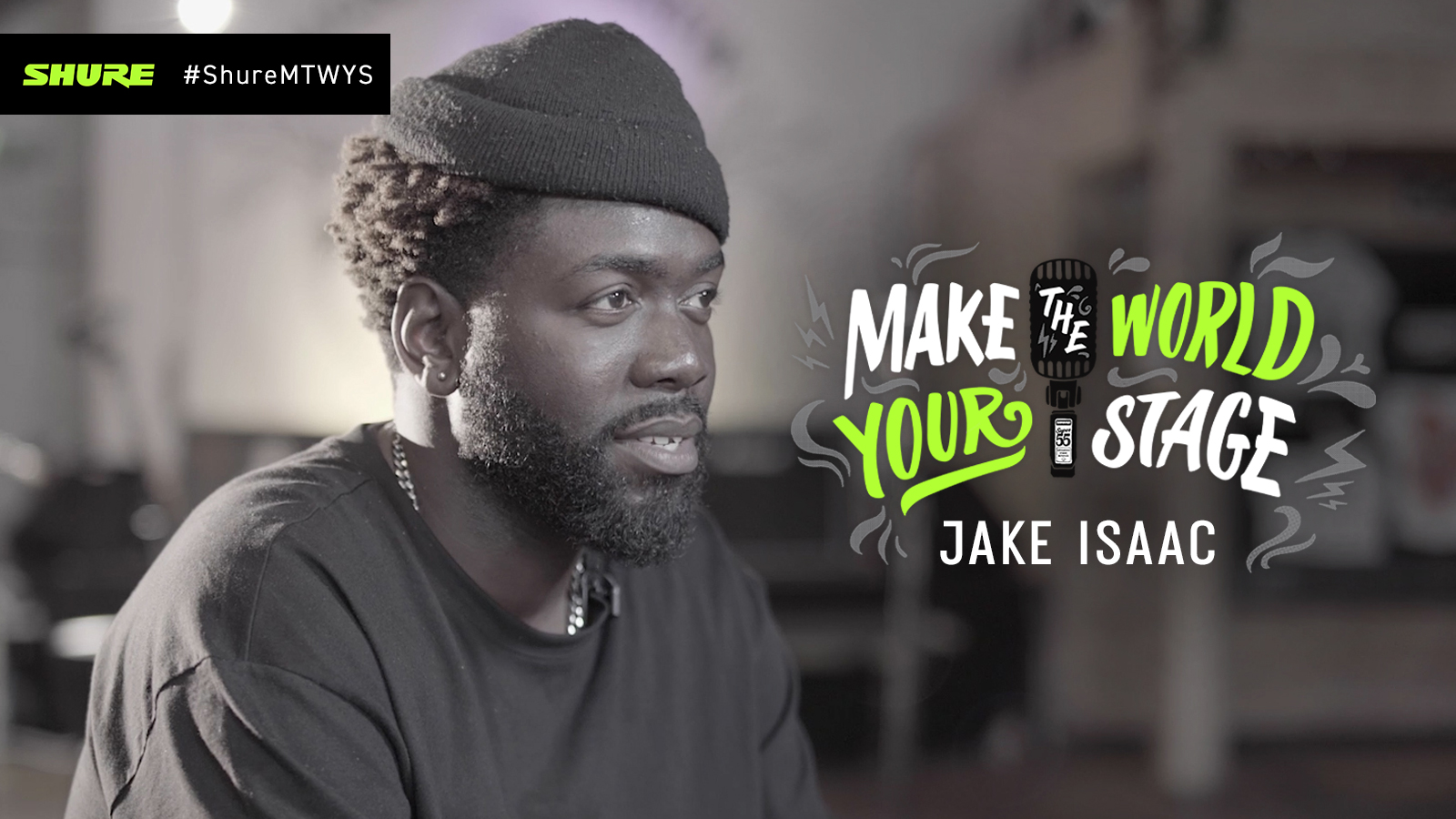 Born in South London, Jake is a multi-talented singer-songwriter, pianist, drummer and guitarist. Joined by artists Bianca Rose, Guvna B and Joshua Luke Smith, he performed his song ‘Brother’ exclusively for us. Click play below to watch now:

We spoke to Jake before the performance in an exclusive interview. He describes how one particular event which happened during the Black Lives Matter protests last year sparked a creative response within him, resulting in such a beautiful, empowering song. It speaks to our humanity, while providing hope and a vision for the future. Watch the full interview:

Now it’s time to dive Behind The Mic with Shure Audio Engineer Jack Drury. Join him behind the scenes at the Signature Brew Taproom to talk you through the microphones we used to capture Jake's performance. With a relatively simple instrument set up, the vocals shine through with the SM7B capturing the powerful, soulful sounds, all recorded beneath a noisy train line. Watch the short video now:

With a successful career in marketing, Jake began turning his creativity after hours toward songwriting and becoming a session musician supporting big-name artists. After a while, he began writing his own songs and was eventually signed to Sir Elton John’s Rocket Music, where he has gone on to work with and support artists such as Ella Eyre, Paloma Faith and Elton John himself. Jake Isaac’s latest album, Honesty, is out now.