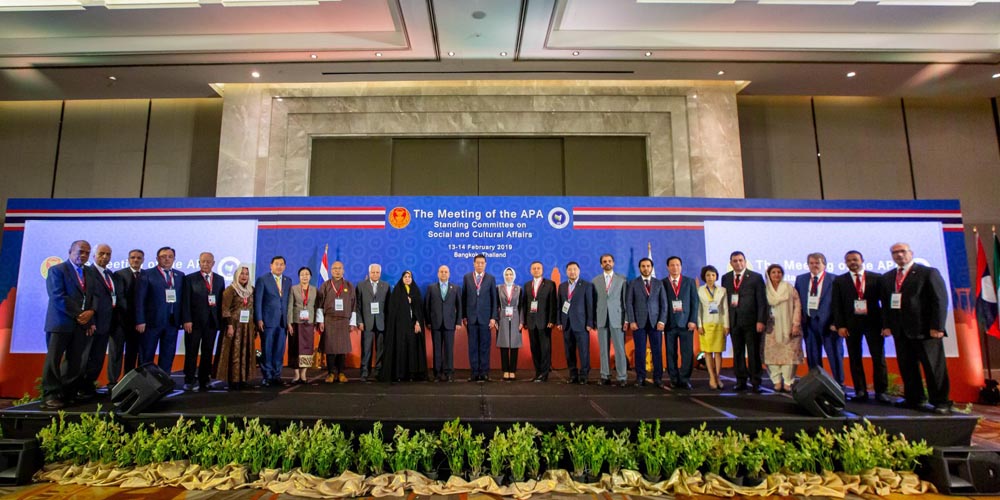 BANGKOK / THAILAND , FEBRUARY 12, 2019 - Asian Parliamentary Assembly (APA) was established in 2006 to promote peace and a concrete framework for regional cooperation to strengthen human rights protection and democracy in Asia and the world. The Assembly is comprised of 42 Member Parliaments and 16 Observers. It provides a forum to parliamentarians to exchange views, ideas, and experiences for developing common strategies, and foster cooperation and coordination.

The Thai House of Parliament is one of the founding members of APA and was host of the Meeting of the APA Standing Committee on Social & Cultural Affairs which took place from 12–15 February 2019 at the Amari Watergate Bangkok Hotel.

The Thai Parliament who organized the meeting had bad experiences with locally provided low cost equipment in the past, including faults during preparation meetings. The client had zero tolerance for mistakes or any malfunctioning of either the interpretation, conferencing, or other audio-visual and lighting equipment.

Thai-based rental company Mighty MICE, a member of the Shure Conferencing Network (SCN), was selected to execute the event based on their high-profile experience and outstanding past references of governmental conferences such as the Inter-Parliamentary Union (IPU), Bangladesh and ASEAN Inter-Parliamentary Assembly (AIPA), and Lao PDR Parliament.

The team of Mighty MICE wirelessly controlled and monitored the simultaneous interpretation system and conference units using a tablet. The technician could turn microphones on and off as needed, and configure the system in real time. In terms of international conference support, the client considered this a technically advanced and highly professional service.