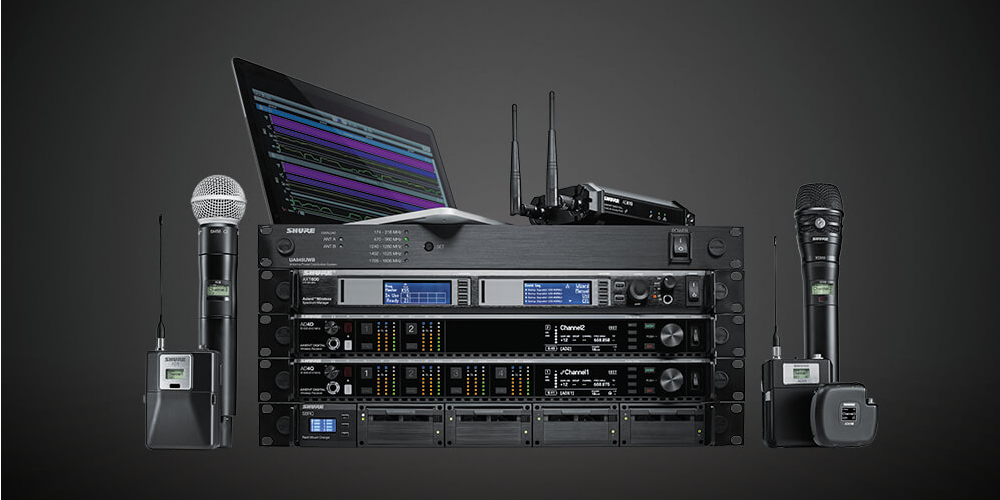 One major conundrum of music award shows is the dual challenge of delivering flawless audio across a three-hour broadcast, yet keeping the performers in their comfort zone by using the wireless mics each is accustomed to on tour. With constant live performances across a three-hour telecast, doing frequency coordination across hundreds of channels and multiple RF brands and models is a major challenge for the technical audio crew.

The 2018 ACM Awards were held in the MGM Grand Garden Arena in Las Vegas, with a reputation as one of the city’s more challenging RF venues. The tech team addressed this issue by selecting Shure products for two key roles: 24 channels of Axient Digital as the default microphone wireless system, and 22 channels of PSM 1000 as the delivery system for all in-ear monitor mixes.

Selecting the relatively new Axient Digital was a vote of confidence for the system’s technical excellence, particularly its ability to fit more simultaneous RF channels into the increasing crowded UHF wireless spectrum. In addition, its compatibility with other Shure wireless systems like PSM 1000, UHF-R, and Axient provided a key advantage in terms of both frequency coordination and tracking system performance during the event, as all are compatible with Shure’s industry-standard Wireless Workbench software.

Steve Vaughn of Soundtronics was RF coordinator for the event and was very pleased with the outcome. “Axient Digital is a vital tool for the new wireless landscape,” he notes. “It allowed me to use more systems in a hostile RF environment in conjunction with analog wireless systems. Using my laptop, I was able to monitor and make changes, on the fly, to any of the units connected to Shure’s Wireless Workbench software. Overall, Axient Digital performed at a very high level, in a hostile RF environment.”

Another vote of confidence for Axient Digital came from the performers, many of whom opted for the new wireless in a situation where they could literally use whatever they wanted. The evening’s signature offering of first-ever throwback duets were critical elements, with Axient Digital delivering classic country hits with the latest in wireless technology. Duets featuring Axient Digital included host Reba McEntire and Kelly Clarkson reprising Reba’s 1993 hit “Does He Love You;” Alan Jackson and Jon Pardi performing “Chattahoochee,” and Toby Clark performing “Should’ve Been A Cowboy” with Blake Shelton.

J. Mark King, Production Mixer for the Academy of Country Music Awards, summed up the experience for the audio team and artist alike, stating: “Shure wireless continues to be the requested frontrunner on this show. Axient Digital proved to be a welcome addition, delivering exceptional sound quality as well as solid RF stability.”