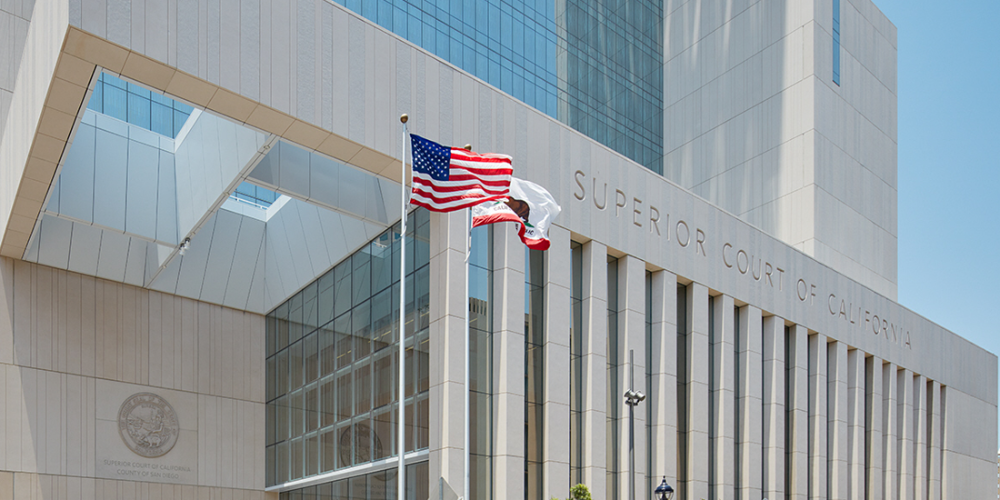 The courthouse required a dense deployment of wireless microphones that could accommodate over 300 channels across 71 courtrooms in a heavily-populated and complex RF environment in downtown San Diego.

Commissioned in 2008, the San Diego Central Courthouse opened in 2017 and is the largest project funded under the Senate Bill 1407 court construction program. Located in downtown San Diego, the 704,000-square-foot building replaced the San Diego Country Courthouse and consolidated all the downtown San Diego Superior Court offices into one building. A $555 million dollar project, the new courthouse provided a much-needed replacement to the city’s three previous downtown buildings. Upgrading and digitizing the technology, security, and audio/visual systems became a massive undertaking to accommodate one of the largest buildings in San Diego.

To meet the technical standards of a modern, downtown building, the installation needed to comply with strict criteria and also integrate with other wireless configurations operating in the building. The wireless solution would need to span over 300 wireless channels across the full 22-stories, be Dante-compatible and deployable on a converged network. As the previous courthouse utilized wired microphones, building planners wanted to standardize a system of lavalier, handheld transmitter, and desktop gooseneck wireless microphones.

Additionally, the cost was an important consideration, and integrators were looking for a company that could support the installation. Thus, Stephen Shea—Principal at Stantec, who was working with Shen Milsom & Wilke on this project—and his team turned to Shure’s Microflex® Wireless (MXW) for the necessary array of wireless microphones that could meet the rigorous channel requirements of a large building in a densely-populated, complex RF environment.

Operating on a DECT transmission, MXW was easier to deploy in an area with significant RF traffic and was capable of performing on 80 channels, meeting the building’s qualifications. MXW’s Dante-compatibility and transmission encryption enabled seamless integration with the building’s additional wireless technology on the state’s converged network. Further, the system’s selectable transmission rate and automatic frequency coordination eliminated audio interference across rooms.

The most concerning issue facing integrators was finding an ample number of wireless microphones and a system that could span the capacity of the building while being deployed within budgetary conditions. Shure’s MXW system met the benchmarks needed for a downtown, modern building, and was implemented across the courthouse’s 71 courtrooms.

“One of the biggest challenges we faced was finding a wireless microphone system that could accommodate the large number of channels required, the density of the deployment, and work within saturated RF environment where the building was being built, all while fitting within our budget,” said Shea. “The Shure Microflex Wireless System was able to meet all those requirements and gave us the audio quality and security we were looking for.”