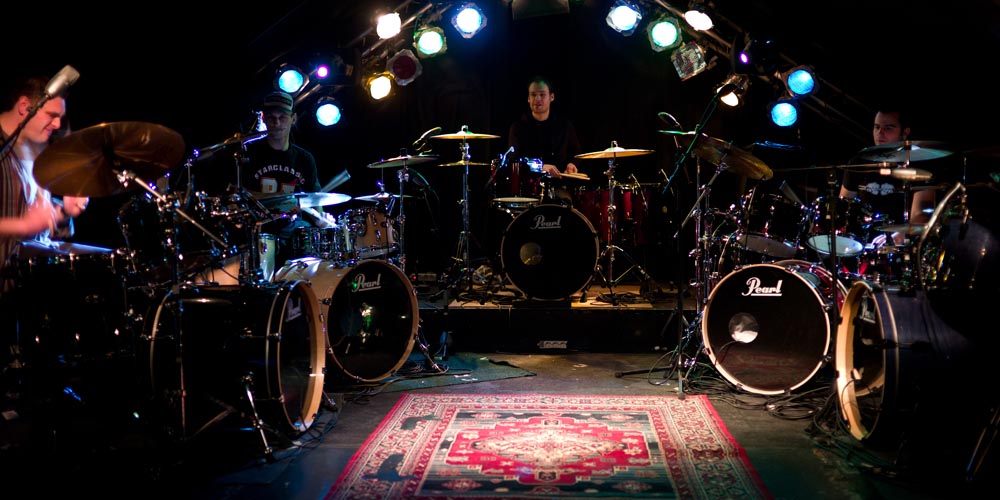 Microphones are used to capture or reinforce a particular sound. The challenge for an engineer is to select the right microphone for their application and apply the appropriate mic technique to capture the desired sound source and reject unwanted background noise or feedback. As part of the selection process, understanding the fundamentals of how a microphone picks up sound is crucial, and the key to this is directionality.

What Is Microphone Directionality?

Directionality is a microphones sensitivity to sound relative to the direction or angle from which the sound arrives. There are a number of different directional patterns available, and these are plotted in graphs known as polar patterns. A polar pattern graph shows the variation in sensitivity 360 degrees around the microphone - assuming that the microphone is in the centre and that 0 degrees represents the front.

Omni mics are equally sensitive to sound arriving from all angles. They do not need to be pointed in any particular direction to capture the source sound, which can be useful in certain applications, but not in others. Omni mics have the advantage of sounding particularly open and natural when compared to unidirectional or bi-directional alternatives. This attribute makes them a great choice in studio environments with good acoustics, or live applications where the stage volume is low. The disadvantage is obviously the lack of directionality; if you need to reject background noise, room ambiance, or monitor feedback on-stage - omni's are not a suitable selection.

Unidirectional mics are most sensitive to sound arriving from directly in front – the angle referred to as 0 degrees – and less sensitive in other directions. This makes unidirectional microphones effective at isolating the desired on-axis sound from both unwanted off-axis sound and ambient noise.

Within the unidirectional category, there are three main polar patterns: cardioid, supercardioid, & hypercardioid.

Cardioid is by far the most commonly used directional polar pattern. They have a wide on-axis pick-up area and maximum rejection at 180 degrees off-axis - resulting in high gain before feedback when stage monitors are placed directly behind. In many cases, ambient noise is reduced by approximately two-thirds when compared to their omni counterparts, and this makes them a staple for live performance and touring.

Shure engineer Ben Bauer was the driving force behind the world's first single-element cardioid design when he began developing the first Shure Unidyne in early 1937. Prior to Unidyne, the common way of creating a microphone with a unidirectional response was to use an omnidirectional element combined with a bi-directional pickup pattern element in a single housing. If the outputs from both cartridges were mixed together electrically in equal proportions, the result would yield a cardioid pattern.

It is also worth noting that hypercardioids are significantly more sensitive to sound from behind than supercardioids, so although the front and side pickup is far 'tighter', you'll need to be particularly careful with mic placement. Singers with a tendency to move the mic while performing will need to be aware that the smallest of movement on a hypercardioid is far more likely to affect the mics performance when compared to cardioid or supercardioid.

Other Things to Consider When Using Unidirectional Mics:

While directional characteristics are desirable for many applications, there are factors to consider:

Proximity effect – Unidirectional microphones are subject to the proximity effect - a phenomenon that causes bass response to increase as the microphone is moved closer to the sound source. Sometimes the proximity effect is employed deliberately to give voices a little more bass and warmth, however, in some circumstances it may help to either back the mic away or roll off the bass using EQ.

Distance factor - Because directional microphones pick up less ambient sound than omnidirectional types, they may be used at somewhat greater distances from a sound source and still achieve the same balance between the direct sound and background or ambient sound. In fact, hypercardioid mics can be placed slightly further away than a regular cardioid and still obtain the same ratio of direct to reflected sound.

Last but not least on our list, figure-of-eight polar patterns are unique in having two angles of maximum sensitivity and two angles of minimum sensitivity. Like omnidirectional mics, they produce a very open and natural sound. The coverage or pickup angle is only about 90 degrees at both the front and the rear, and it has the same amount of ambient pickup as the cardioid. This mic could be used for picking up two opposing sound sources, such as a vocal duet, for example. All ribbon microphones are naturally Figure of Eight.

Before we wrap today's lesson up, it's important to touch briefly on polar pattern consistency:

Polar pattern charts are not as simple as they first appear; they can, in fact, change at different frequencies. One sign of a great quality microphone is a consistent polar pattern performance when tested across the entire frequency spectrum. The Beta58 is one example of an impressively consistent performance across multiple frequency reference points. Many similar microphones on the market – particularly cheaper alternatives – do not perform so consistently. While the specification might show a supercardioid polar pattern overall, this might only apply at certain frequencies; at 1Khz, the mic may well be supercardioid, but at 150Hz - the performance might be closer to omnidirectional.

Such imperfections make it much harder for the engineer to reliably EQ a desk or to get high gain before feedback when using stage monitors, for example. Be sure to check the complete picture when choosing your next mic.