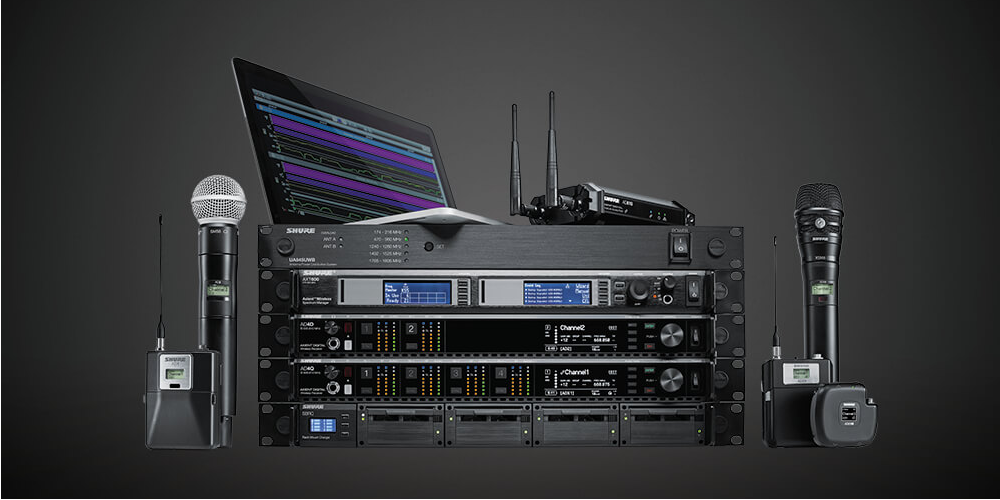 Styx is an American rock band from Chicago that formed in 1972 and became famous for its albums released in the late 1970s and early 1980s. The band still tours today.

During their recent tour, Styx was experiencing frequency interference during performances. The crowded RF environment was impacting their ability to perform with a wireless system.

Shure’s Axient® Digital Wireless System and Wireless Workbench® software enabled Styx’s guitar tech Jimmy Johnson to have a full view of the RF spectrum and pinpoint the areas that were causing interference.

Shure’s Axient® Digital System provided the tour with reliable wireless frequencies which enabled the band to execute flawless performances no matter the venue.

Styx, the legendary rock band best known for songs like “Come Sail Away” and “Mr. Roboto,” embarked on their world tour in 2016. Hitting cities across America and playing every kind of venue from intimate theaters to outdoor amphitheaters.

Over the last few shows, most notably in Anaheim, CA, Styx experienced frequency interferences during their performance. Something no band wants to be a victim of—especially when playing to their fans. In order to combat the problem, Styx’s guitar tech, Jimmy Johnson, turned to Tracey Wilkinson from Music Center in Kenosha, WI and Nick Nitti of AudioBiz for a reliable solution.  Nitti presented the band with Shure’s Axient® Digital Wireless System.

Styx was using a legacy Shure analog system and preferred to operate in the J-band—578 to 618 MHz range. Due to the crowded RF environment in the J-band, there were very few frequencies available to handle their large-scale performances; ultimately, leading to interference. By implementing Axient Digital and the Wireless Workbench® 6 software, Johnson was able to view the entire RF spectrum and select bands in lower frequencies that Styx could utilize for live performances that would be less susceptible to RF interference. Since implementing the Axient Digital Wireless System, the band has been able to execute flawless performances.

“When you’re on the road with a band like Styx, you’re in a different city every day. That means your RF environment is going to be totally different than last night’s. With the ever-increasing number of wireless devices out there this only means the challenges are greater to find good clean frequencies for your show,” said Johnson. “With the Shure Axient Digital system in conjunction with Wireless Workbench 6 rock solid, unbreachable radio performance is guaranteed, even in the most crowded zip codes.”

Tommy Shaw, lead guitarist, instantly noticed the improved RF performance, “Over the last few years I’ve noticed how the wireless frequencies we count on for our guitars on tour have become more and more in demand by other local wireless users. This year it began to reach critical mass, and on two separate shows this year, it almost caused us to have to go back to cables, which of course are the purest but for as active as we are on stage it would have been a noticeable adjustment! We are thrilled to be upgrading to the new Axient Digital system. So many improvements. I love how you can lock in your frequency, and run a parallel double which will automatically take over if something interrupts the original. And there are several spare automatically frequencies held in reserve. Not to mention the improved sound quality. And you cannot be bumped once you’ve locked in! Dependability is critical when you’re out there on stage.”