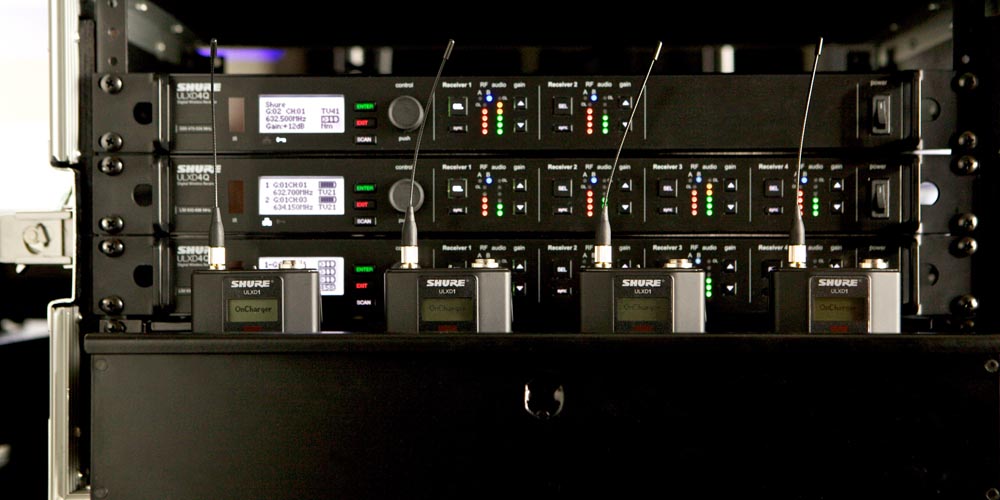 Serving the educational needs of the Hudson Valley and New York State, the State University of New York at New Paltz provides high quality, affordable education to students from all social and economic backgrounds.

For a significant performance ofOklahoma!, the University’s TheaterDepartment needed a wireless system makeover, as outdated gear lacked reliability, connectivity and ease of use/monitoring for frequency detection.

ULX-D provided performers and the production crew with flawless audio, impressive spectrum monitoring and optimal control, even from remote locations. The system minimized interference and maximized spectrum predictability and usage.

With a reputation for excellence and creativity to serve the educational needs of the Hudson Valley and other regions of New York State, the State University of New York at New Paltz is committed to providing high quality, affordable education to students from all social and economic backgrounds. Of note, the Department of Theatre Arts and its associated degree program is focused on engaging students in a dynamic, experiential and diverse educational experience. Sun Hee Kil, assistant professor, sound design, joined the University in 2014 with the goal of establishing a sound design program, revamping gear selection and creating an audio library for students to learn and interact with professional systems.

With this venture in mind, Kil learned that much of the equipment in the Department was old and outdated. While the dated analog microphones worked initially and were able deliver for the first theater production Kil oversaw, the second show proved more difficult. In the middle of the performance, the microphones began failing, and there was nothing the performers or production crew could do to remedy. With a noteworthy production of Oklahoma! on the horizon, Kil made it her mission to update the Department’s gear and wireless systems, eventuallychoosing to leverage 12 channels of Shure’s ULX-D® Digital Wireless with wireless bodypack transmitters.

Leading up to the decision to choose ULX-D, Kil and her team desired a system that signal could flow through via the digital audio network, and enabled remote control from the FOH, backstage and the tech table at the same time, with effective RF scanning. The ability to quickly identify interference and remedy the situation was paramount to a successful production, and given spectrum pressure and increasing crowding, Kil opted for ULX-D Digital Wireless.

The 350-seat McKenna Theatre employed the wireless system which offered the reliability and top-notch sound quality for which Shure wireless systems are known. ULX-D provided exceptionally efficient RF performance, networked control, DanteTMdigital audio and AES-256 encryption, as well as flexibility and portability. To help monitor available frequencies, Kil and her team also leveraged Shure’s Wireless Workbench®, closely and quickly monitoring interference detection. With Wireless Workbench, all wireless microphones were controlled at the ease of a few clicks, and the team received alerts for more optimal spectrum.